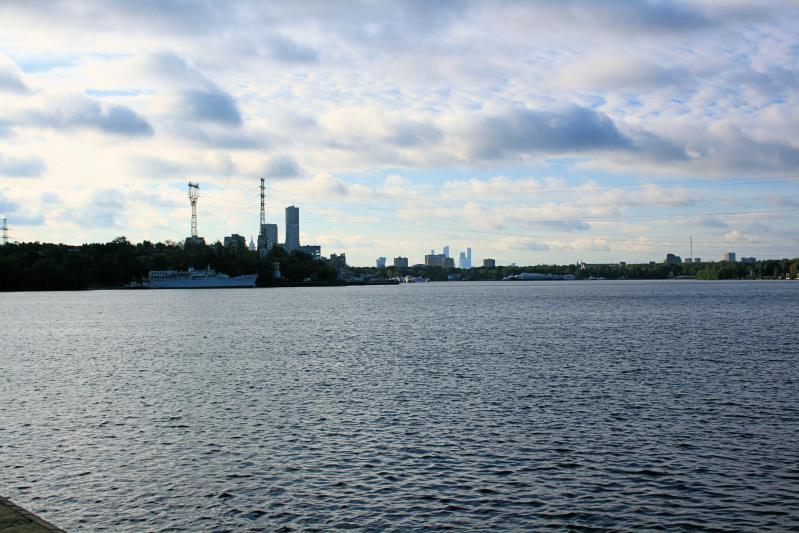 Early morning view south to the Moscow skyline - note the tall buildings of the business district in the distance. 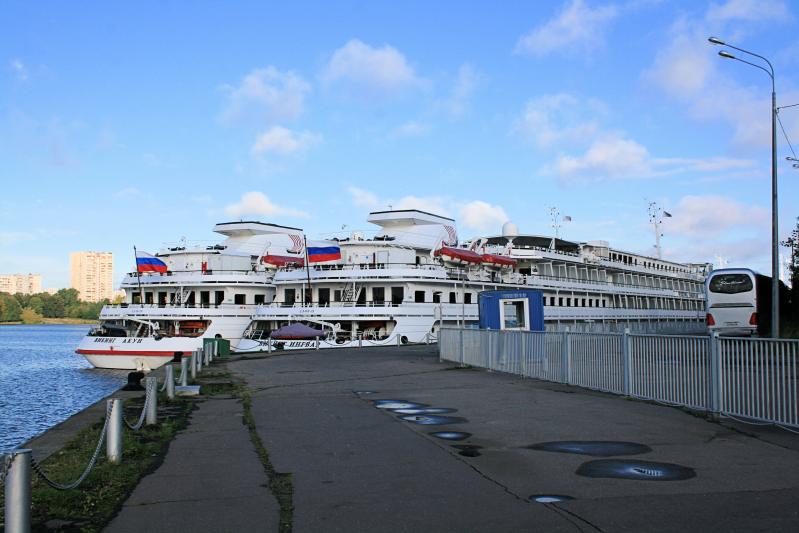 Strolling along the pier to kill a bit of time before boarding our coach. 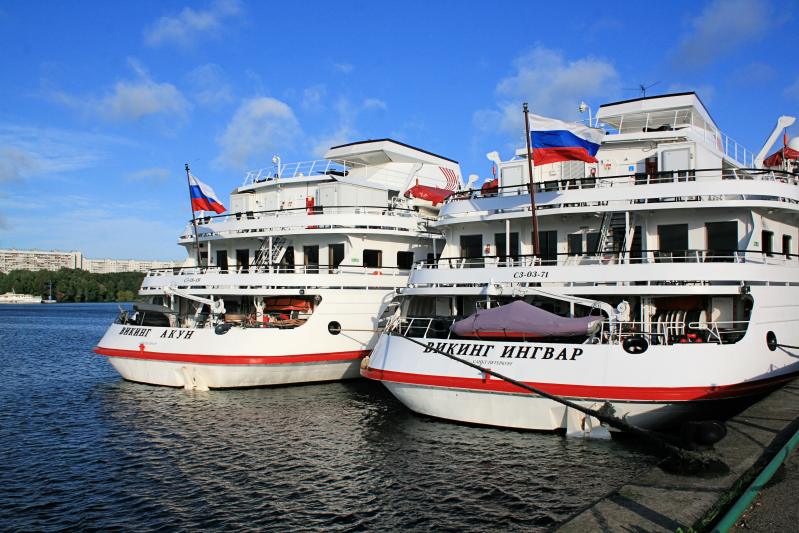 Vikings Akun and Ingvar - ready for the next batch of tourists going from Moscow to St Petersburg. 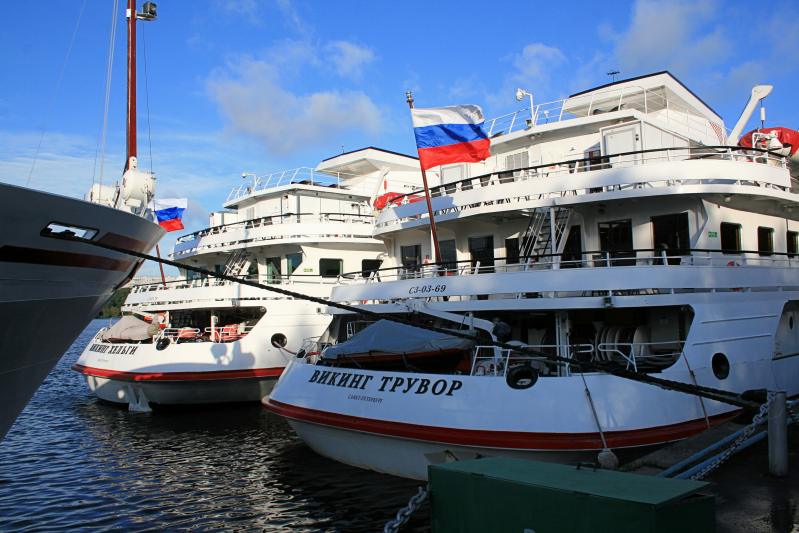 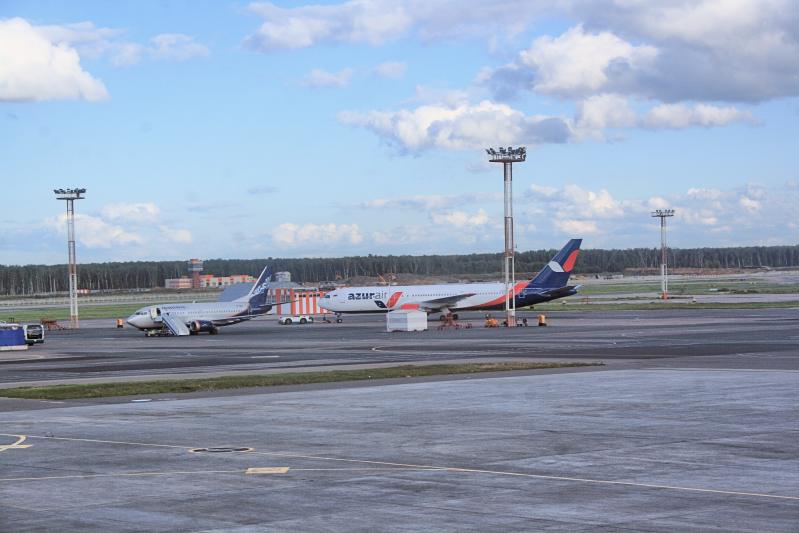 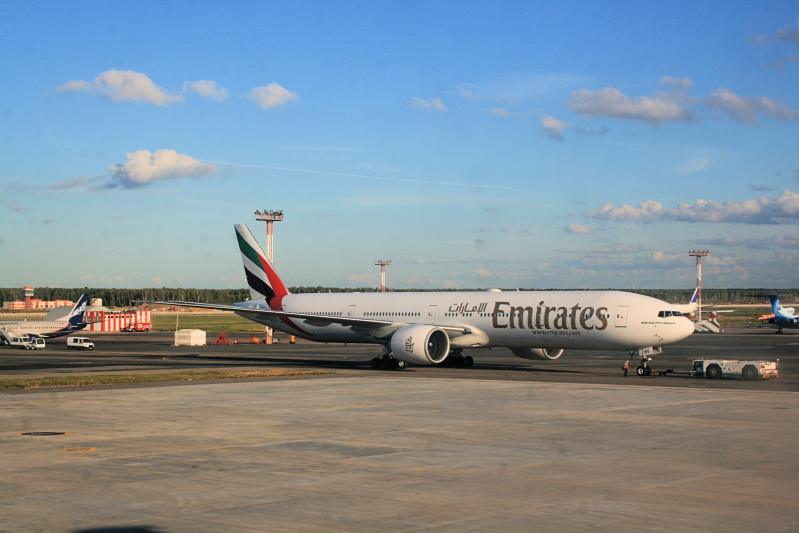 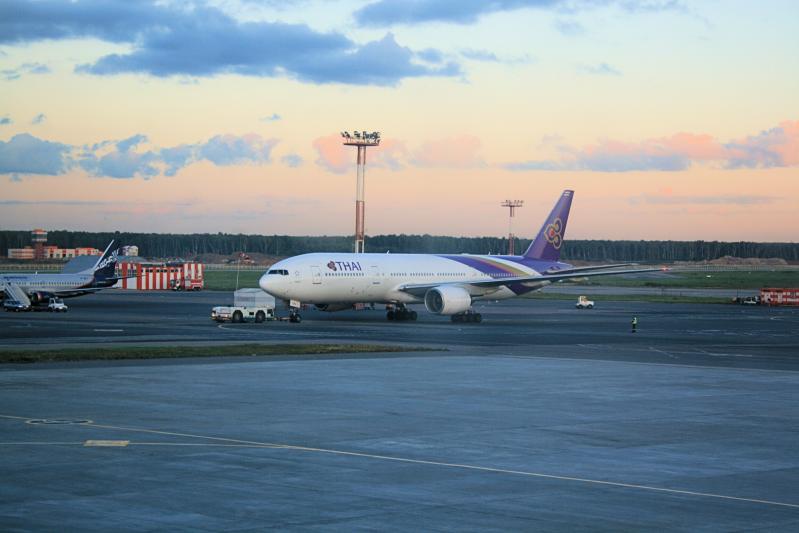 ...as did they - but just sat there until twilight.