The first prototype An-71 in flight. It was converted from an An-72 and has a distinctive 'beak' radome
and an anti-spin parachute in the tail - not present on the second prototype. 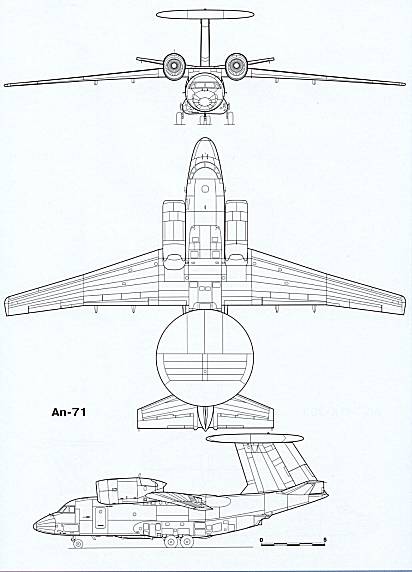 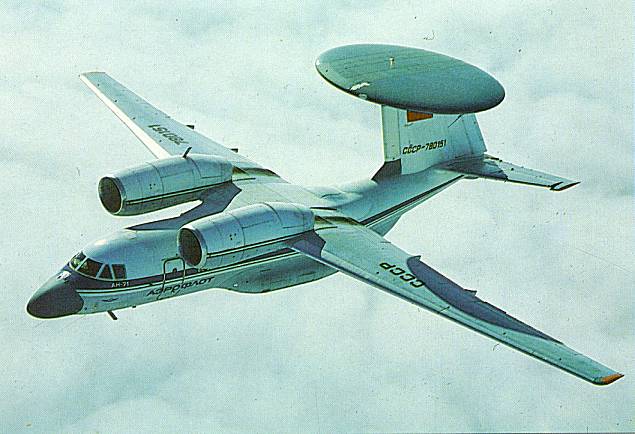 The first prototype in flight, registered CCCP-780151. The intake for the RD-36A
booster engine (the lift engine from a Yak-38) is just in front of the fin. 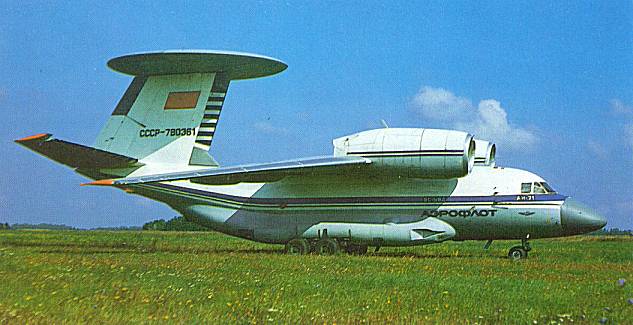 The second prototype - CCCP-780361 - at Gostom4el, Ukraine. The exhaust
for the RD-36A booster engine is under the rear fuselage - below the fin leading edge.

The above photos are taken from magazines. The following photos were taken
recently by a friend at Gostomel and are copyright.... 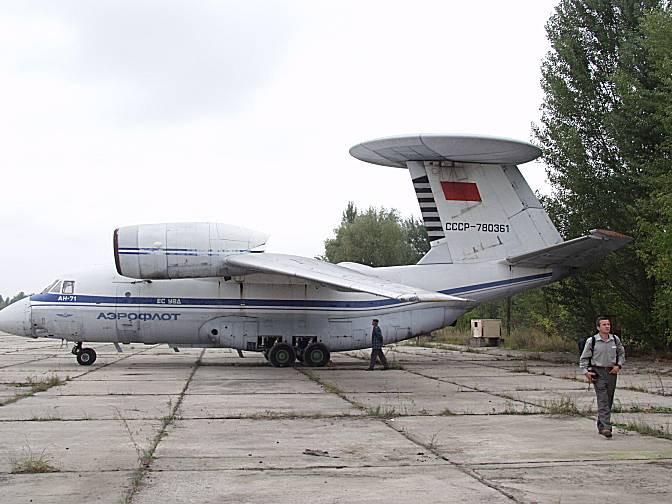 The second prototype languishing behind some hangars at Gostomel, Kiev, Ukraine.
Note the bulge of the RD-36A engine intake on top of the rear fuselage - and
its exhaust just in front of that yellow box structure. 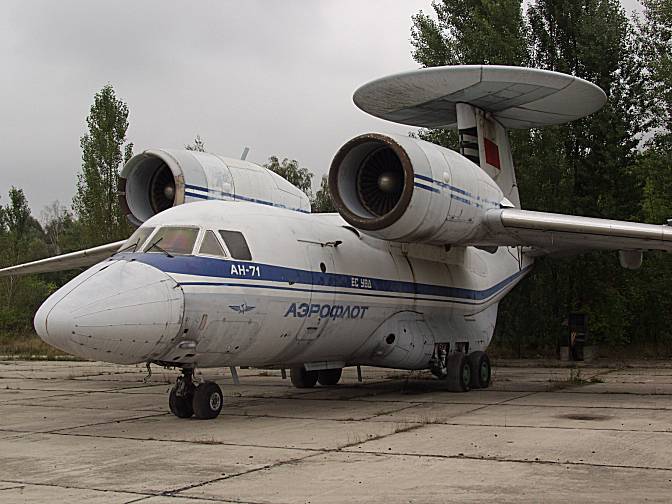 The Cyrillic writing on the blue flash above the 'OT' of Aeroflot reads ES UVD -
"edinaya systema upravlenia dvizheniem", which means "united system of traffic control". 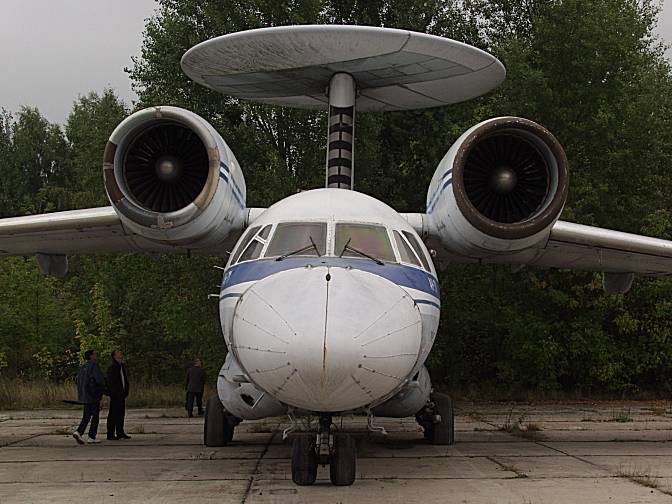 Head-on view of the An-71. Note the extended starboard sponson. 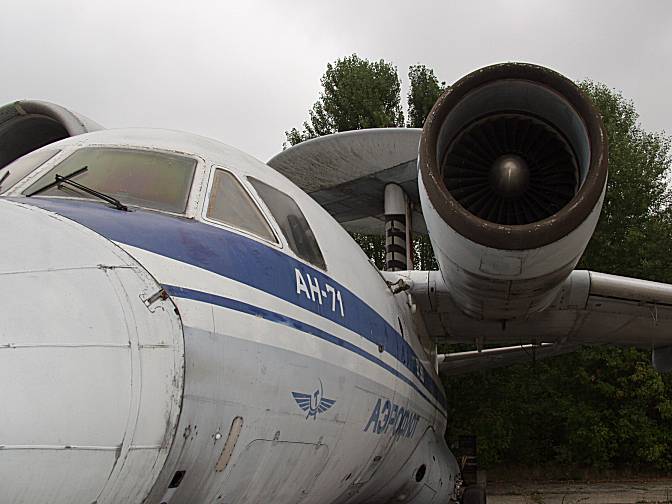 Looking up at the radome between the fuselage and port D-436K engine. 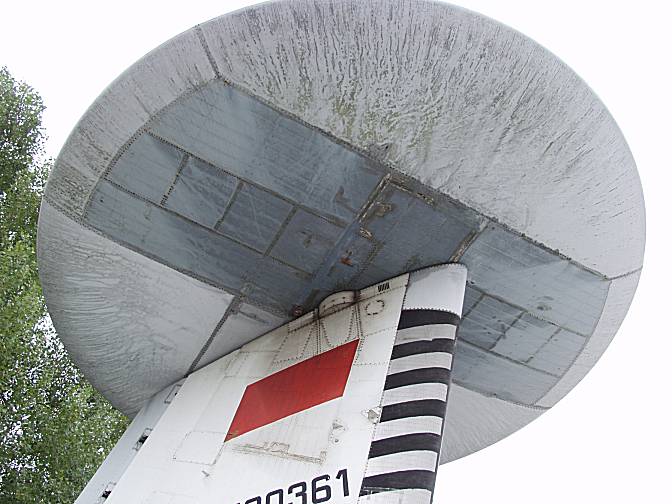 The rotating radome on top of the fin. Note the pivot point near the fin leading edge. 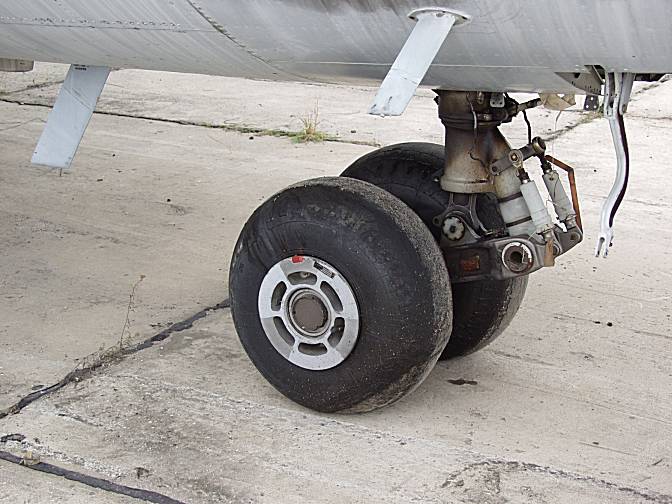 Closeup of the nose gear. 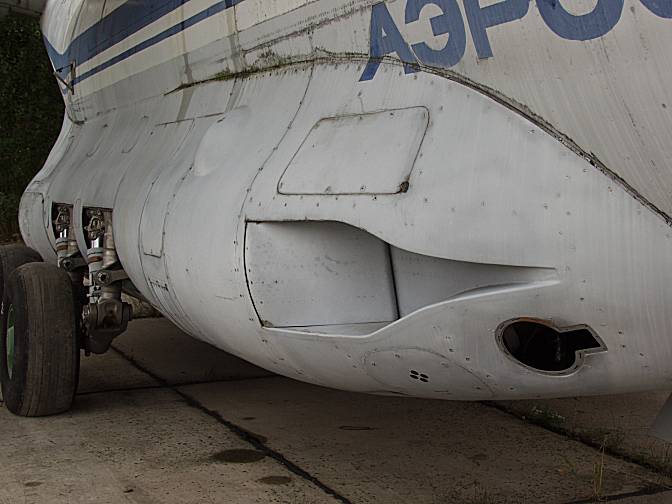 The lengthened starboard sponson with the intake for the APU and its door. 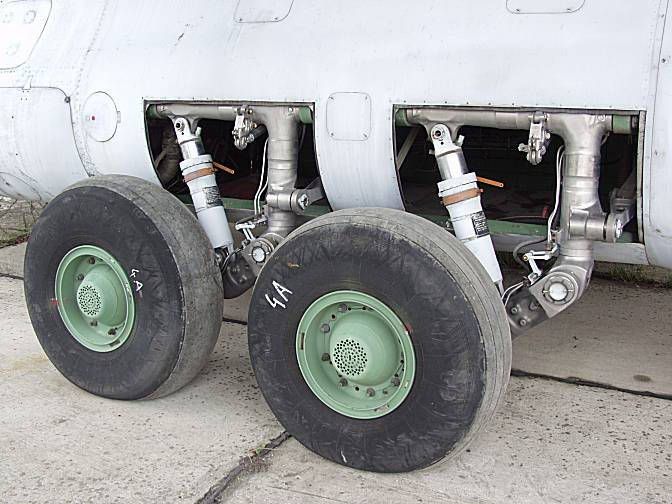 The starboard mainwheels - missing their doors. 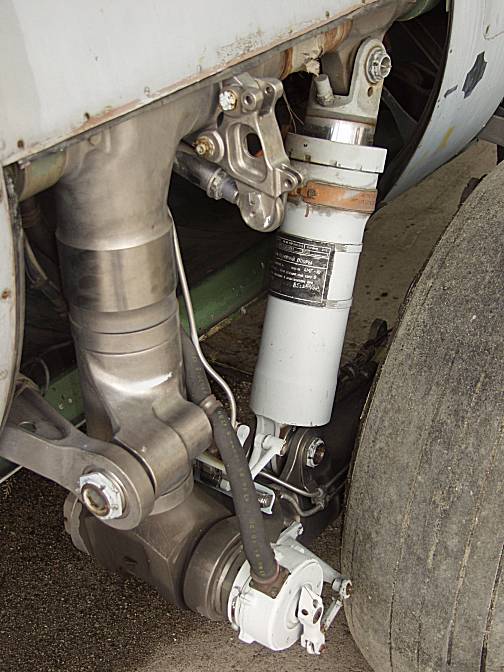 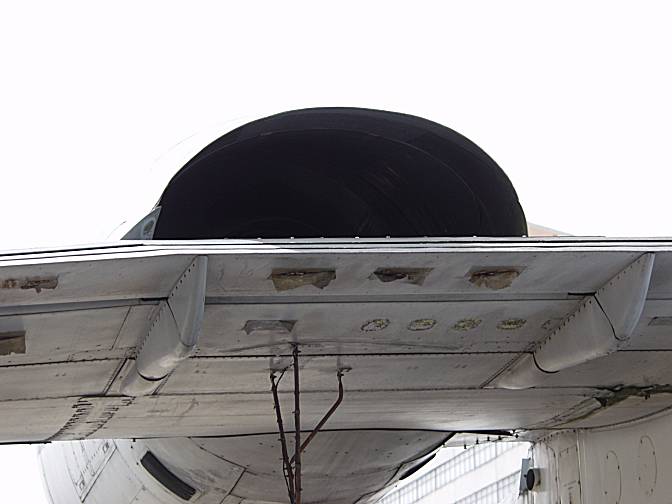 Looking up at the overwing engine exhaust on the port engine.

If you want to model the An-71 and can't wait for the Amodel kit, check out my scratchbuild article.