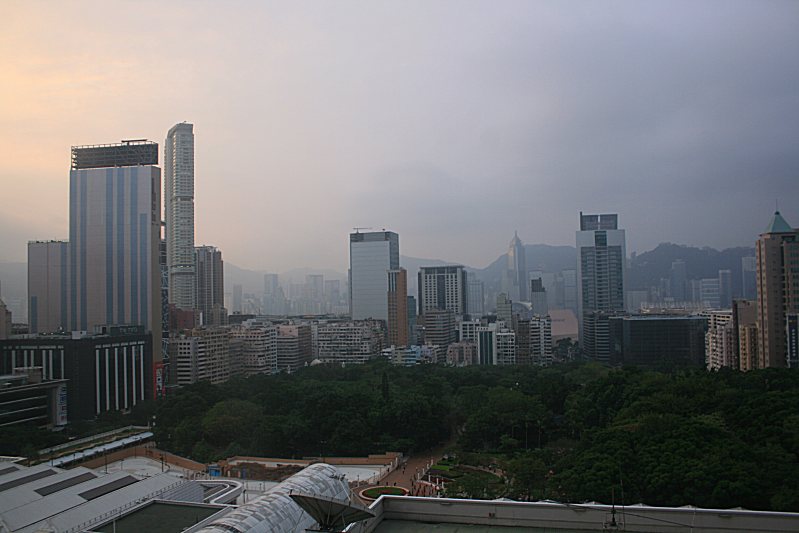 The same view from the hotel window first thing in the morning. 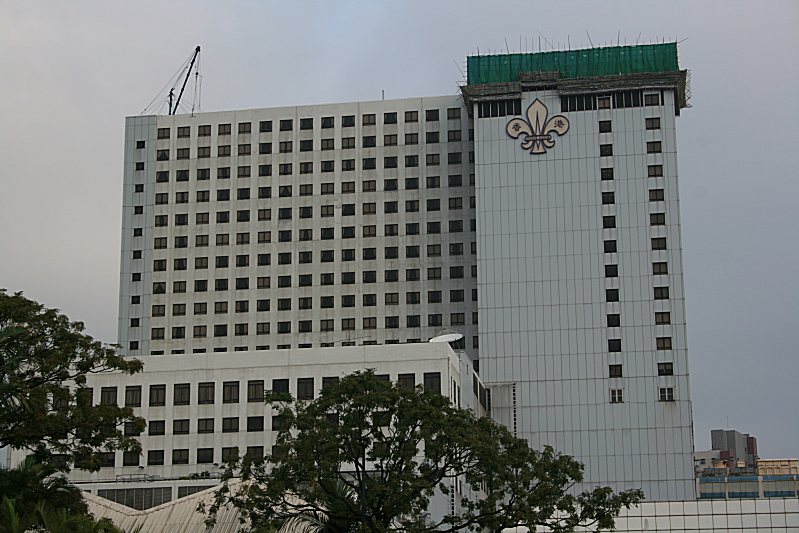 A early morning stroll in the park - to photograph our hotel again. 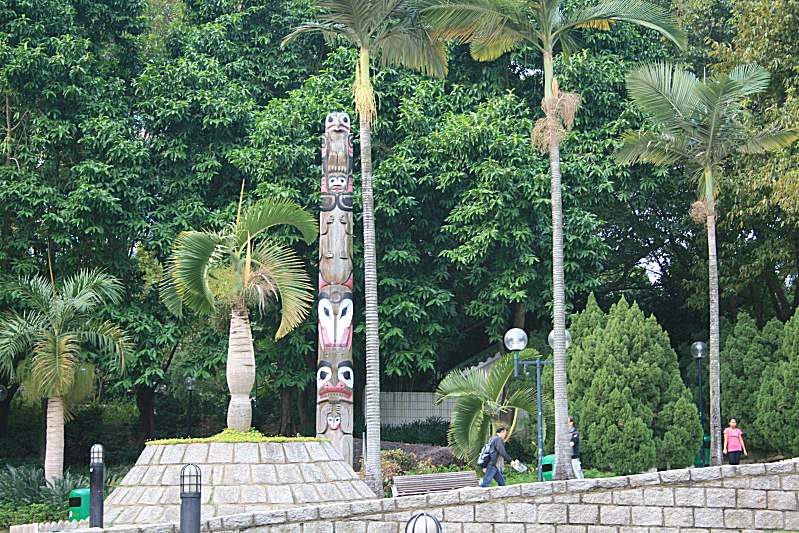 The park is a wonderful place to stroll and relax. 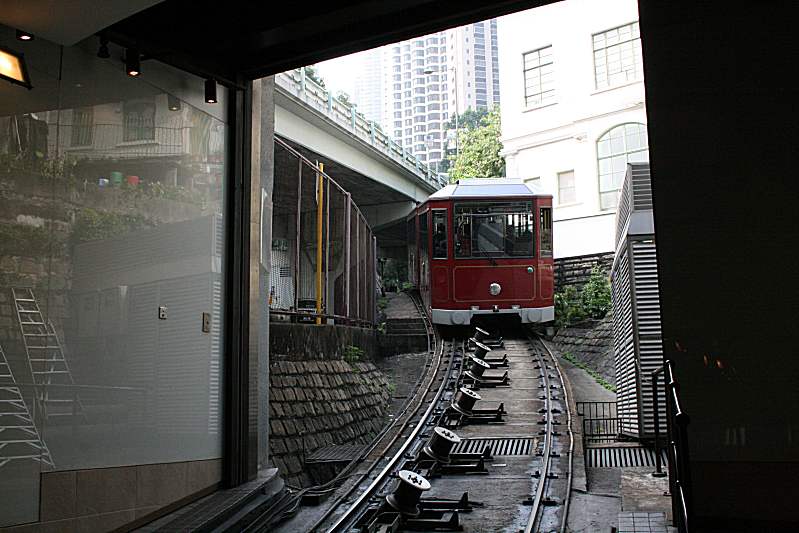 The Victoria Peak tram arriving at the lower terminus. 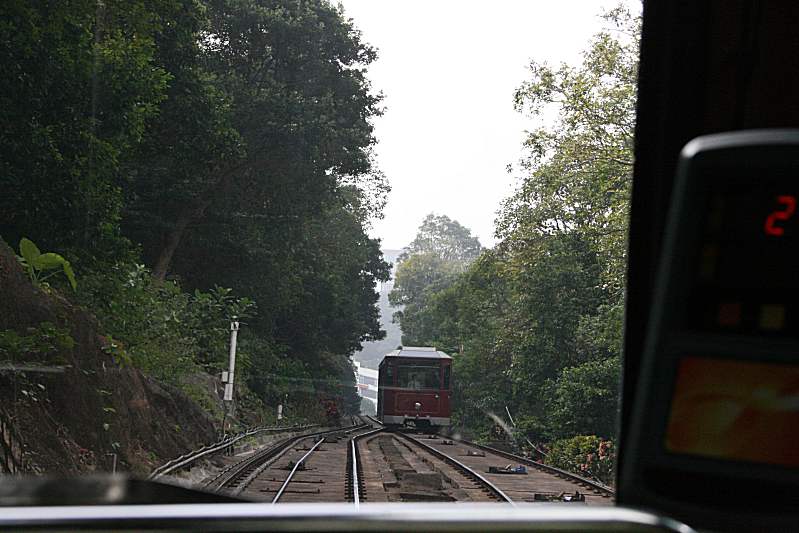 Passing the 'down' tram on the way up. 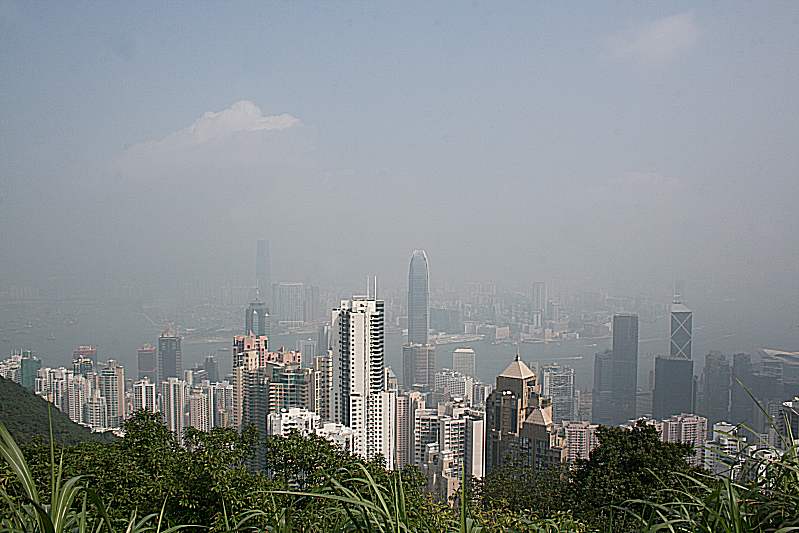 Classic view of Hong Kong from the Peak - although the haze made photography difficult. 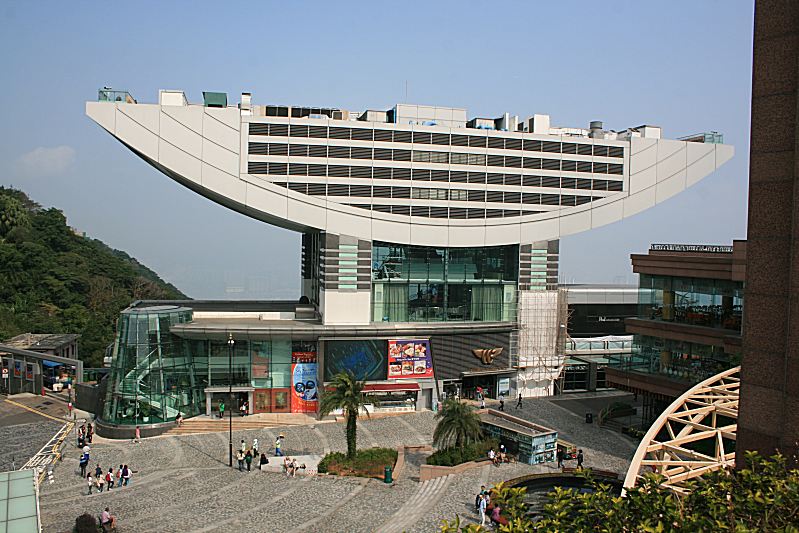 The eye-catching building at the top of the Peak. 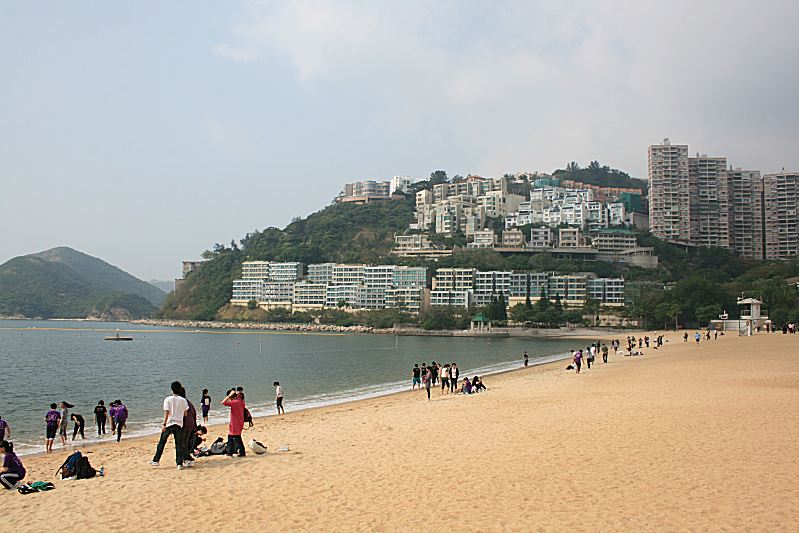 The golden sands of Repulse Bay 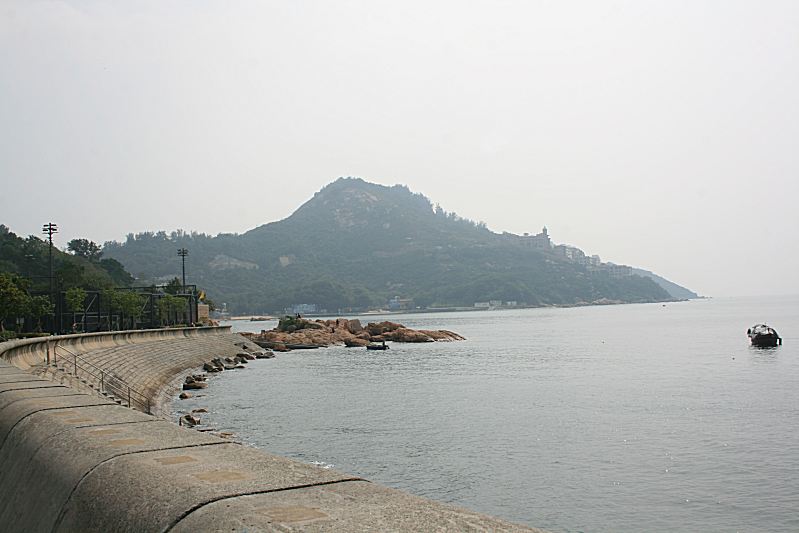 View across to Stanley peninsula from Stanley Market - I used to live on the other side of that hill. 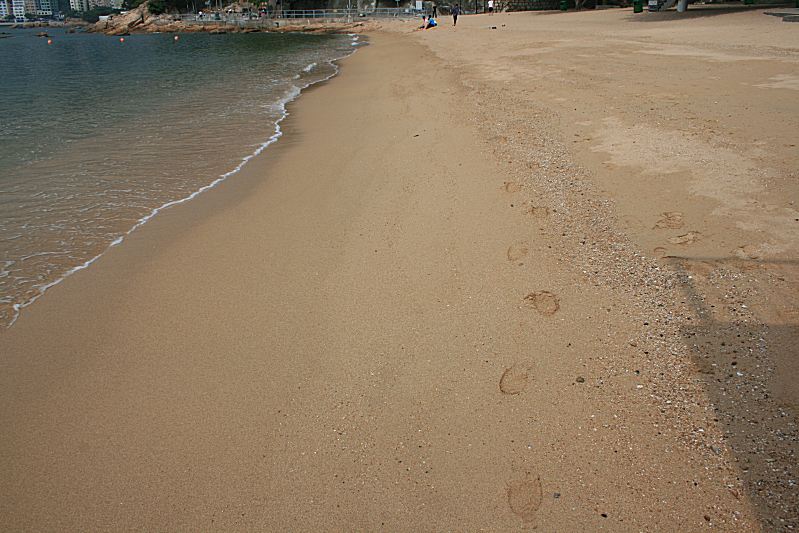 My footprints in the sand on St Stephen's beach - half a century after making some smaller ones. 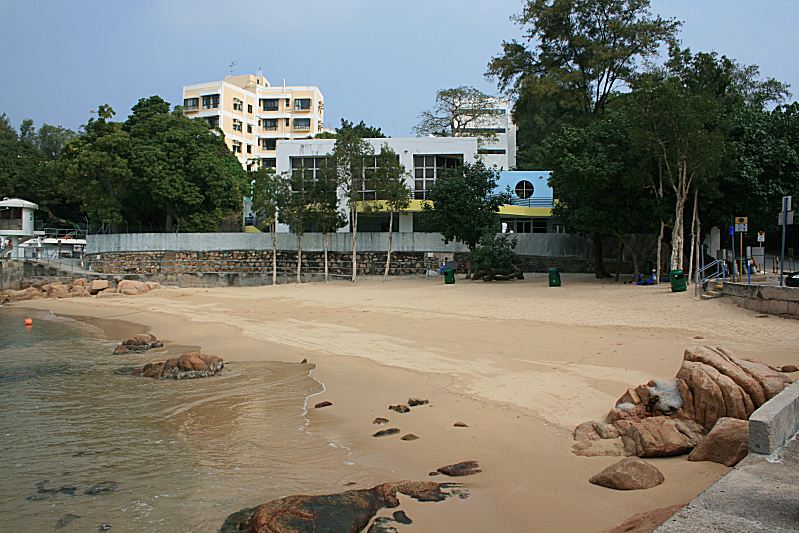 Where I used to play and swim as a 13-year old boy - Aah nostalgia! 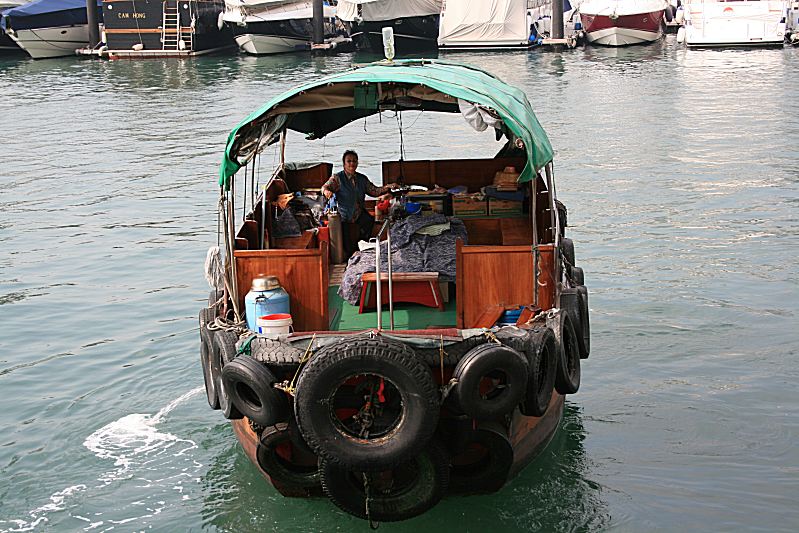 Our sampan at Aberdeen. 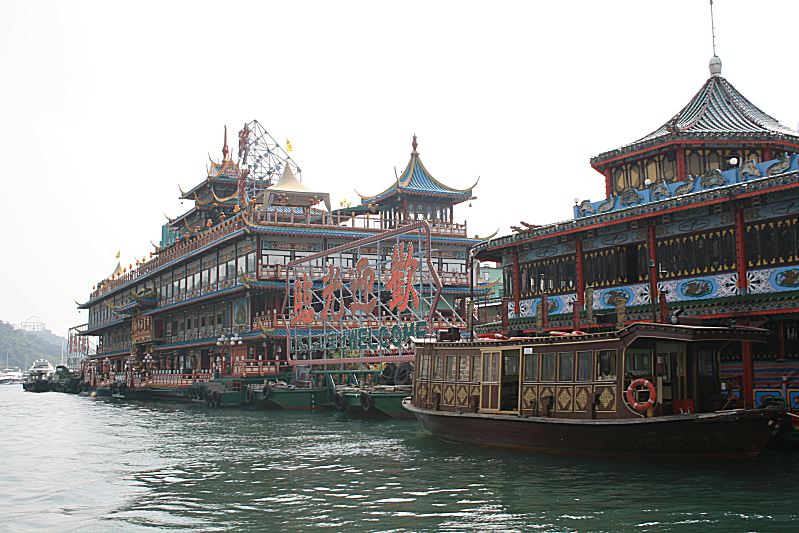 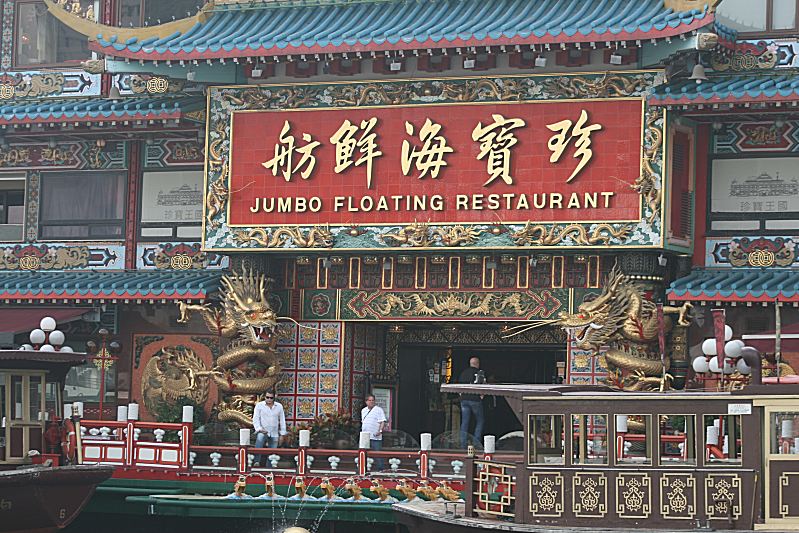 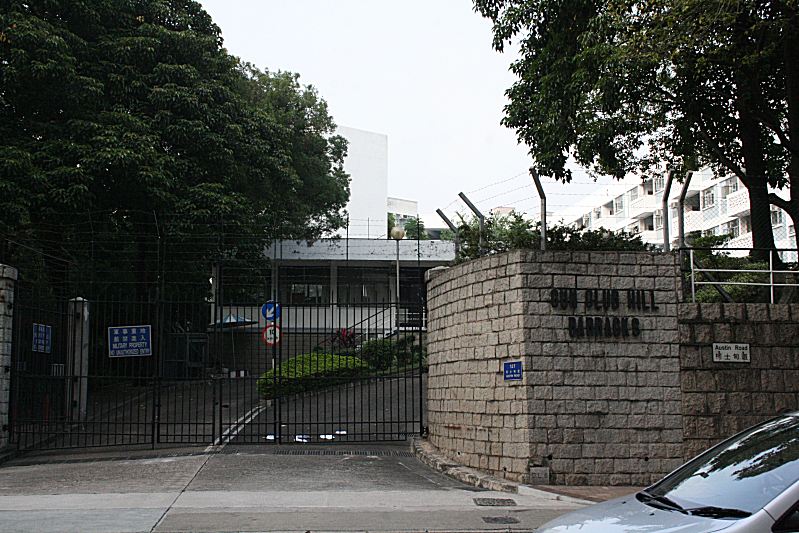 Where I used to go to school in Kowloon in 1958 - Gun Club Hill Barracks - now occupied by the Chinese Army! 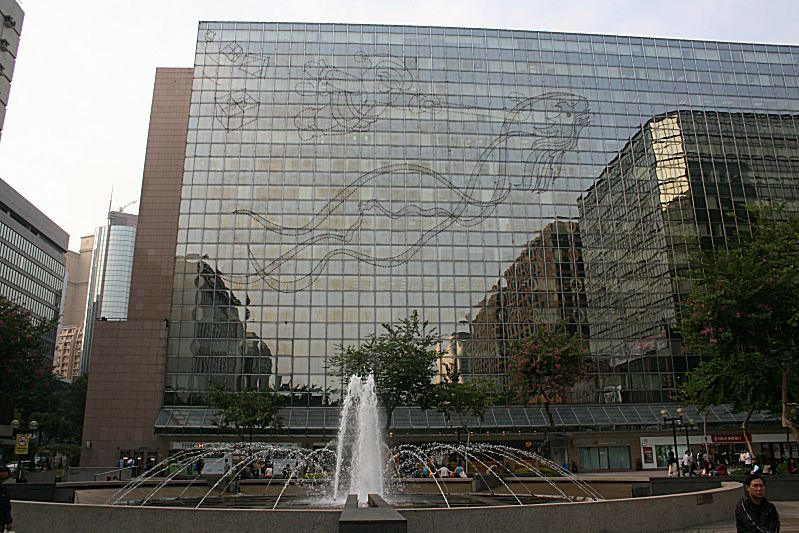 Early evening stroll down to the waterfront - the buildings are all ready for Christmas. 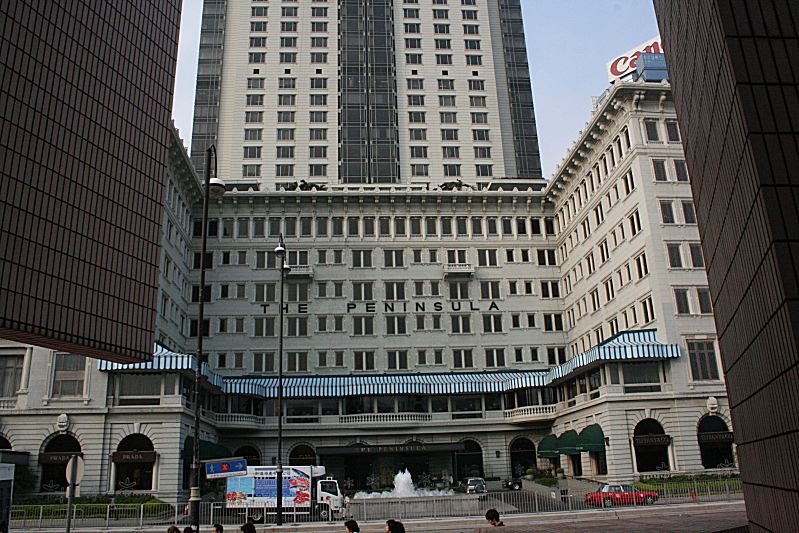 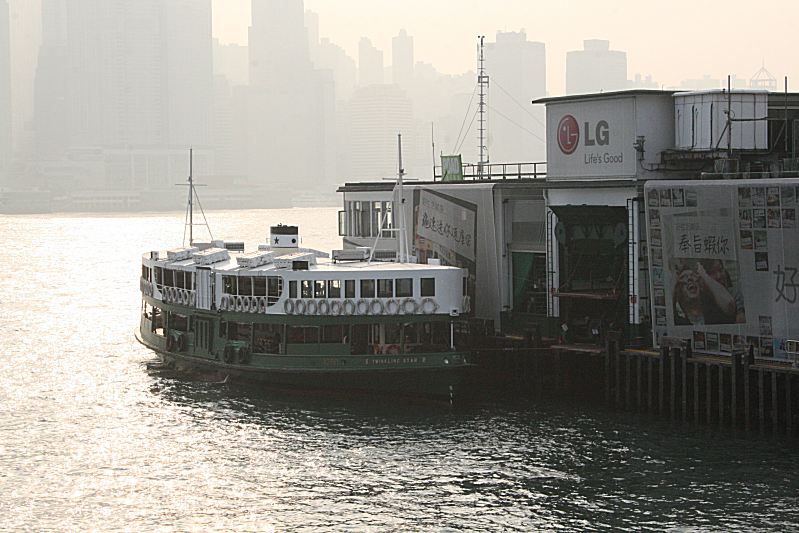 Star Ferry - I used to travel on that twice a day - going from Stanley Fort, Hong Kong to St Georges School Kowloon in 1959. 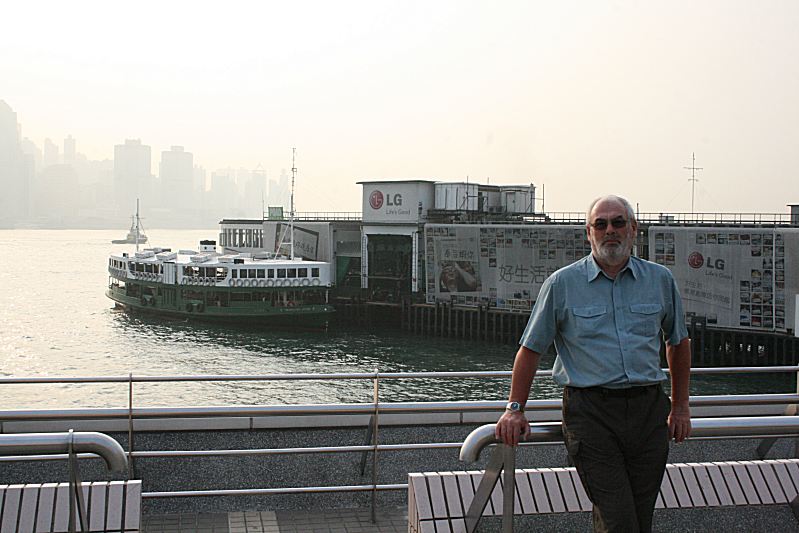 Yours truly - posing by the Star Ferry terminal, Kowloon. 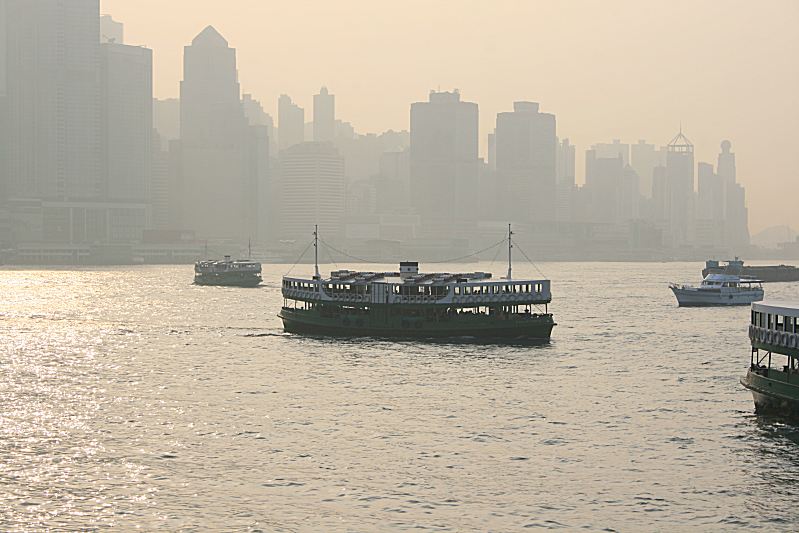 they filmed the opening scenes for 'The World of Suzy Wong' using the same ferry. 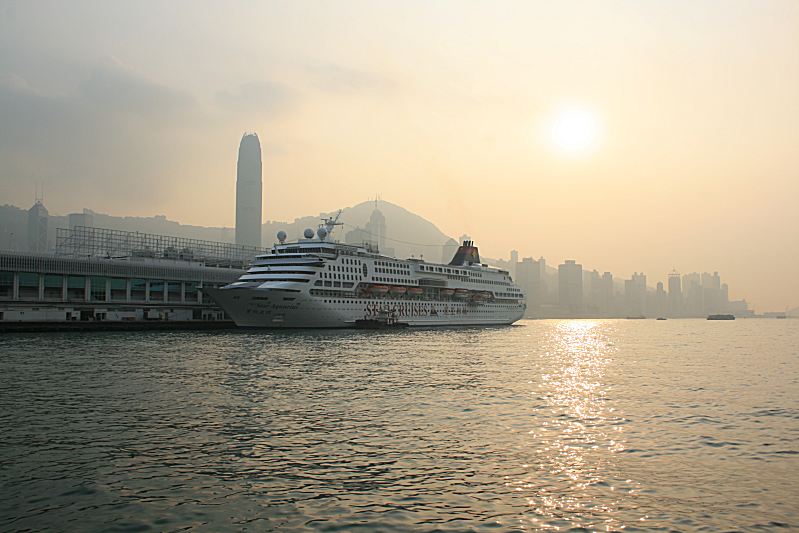 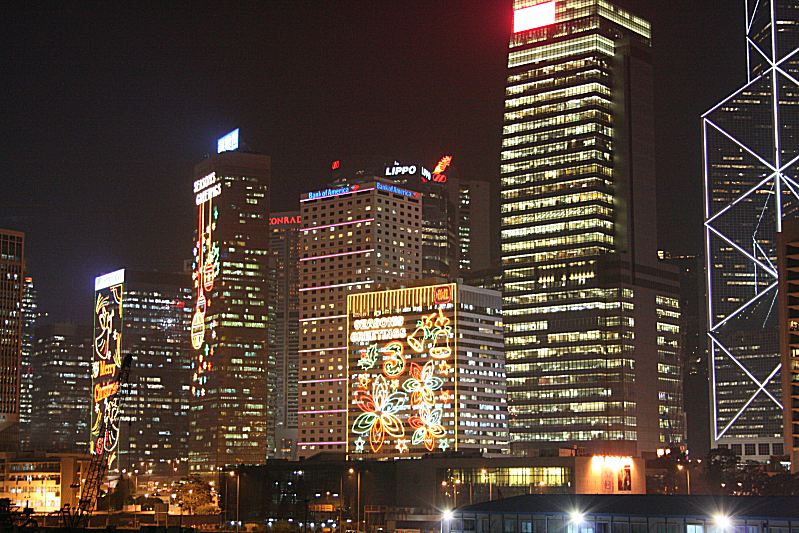 Our evening foray across to the Soho district on Hong Kong island. 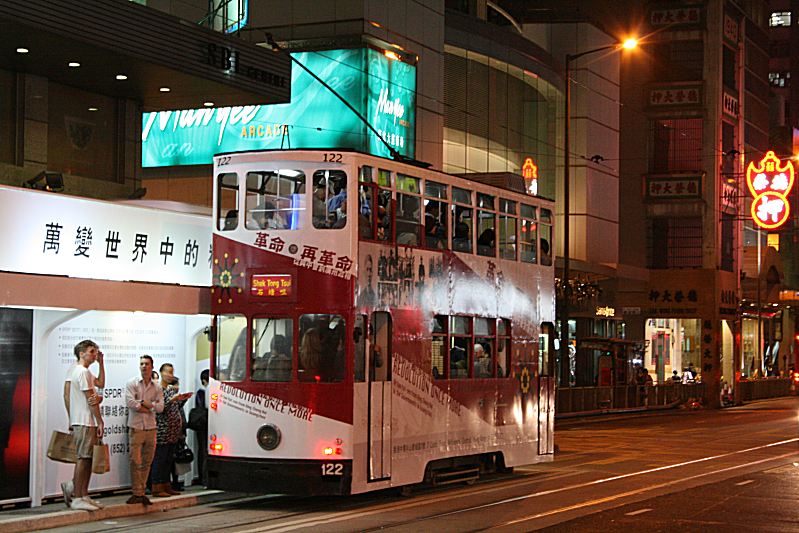