A guide to the different fins fitted to the Su-27 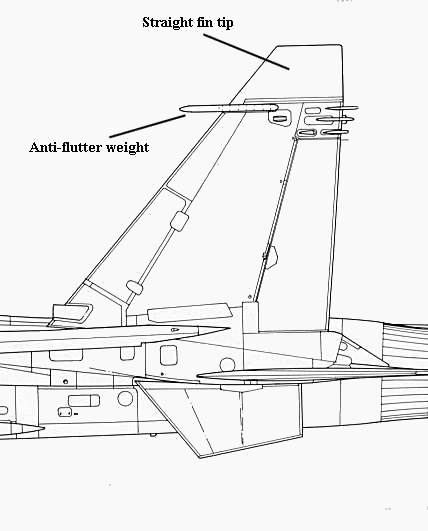 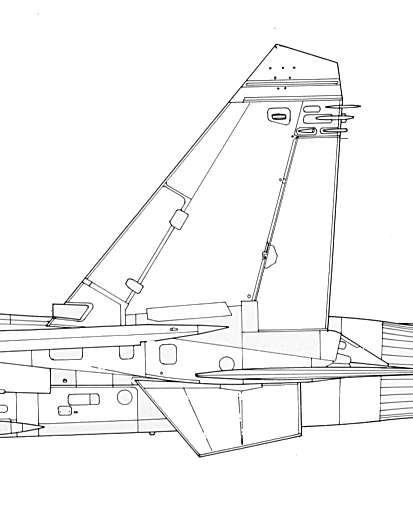 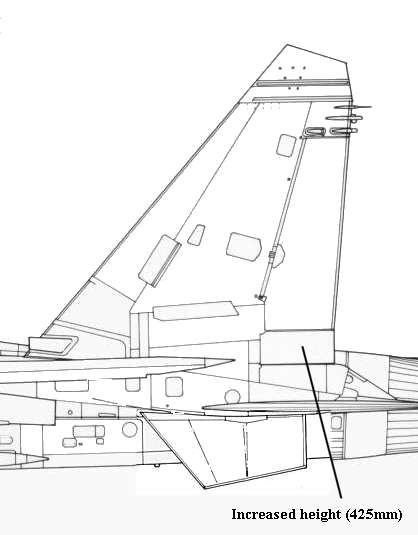 The two-seat Su-27UB trainer increased the fin area by means of an insert at the base. 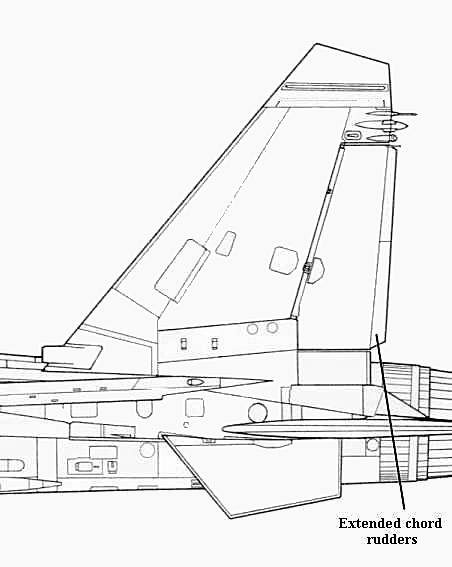 The IRKUT-built Su-30MKI/MKM/MKA uses the same Su-27UB fin - but has an increased rudder area. 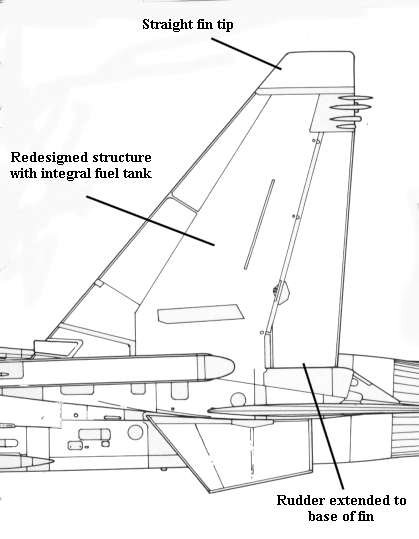 The same design is used on the KnAAPO-built Su-30MKK and Su-30MK2. 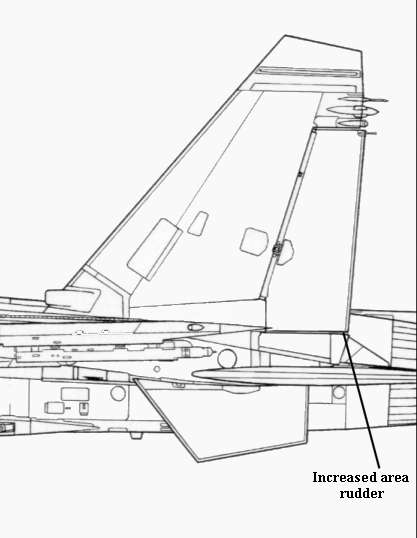 The one-off Su-27KUB used the single-seat fin - but with an incread-area rudder. 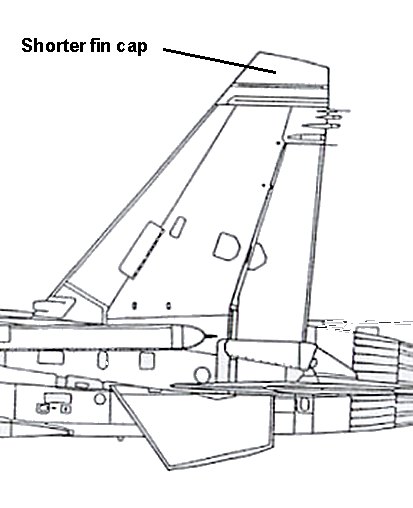 The ship-borne Su-33 uses the same fin as the single-seat Su-27 - but with a cropped fin cap for hangar clearance.

Note :- The Su-27IB (prototype of the Su-34) originally used the taller, Su-27UB fin, but the production Su-34 reverted to the shorter fin from the Su-27 single-seater. 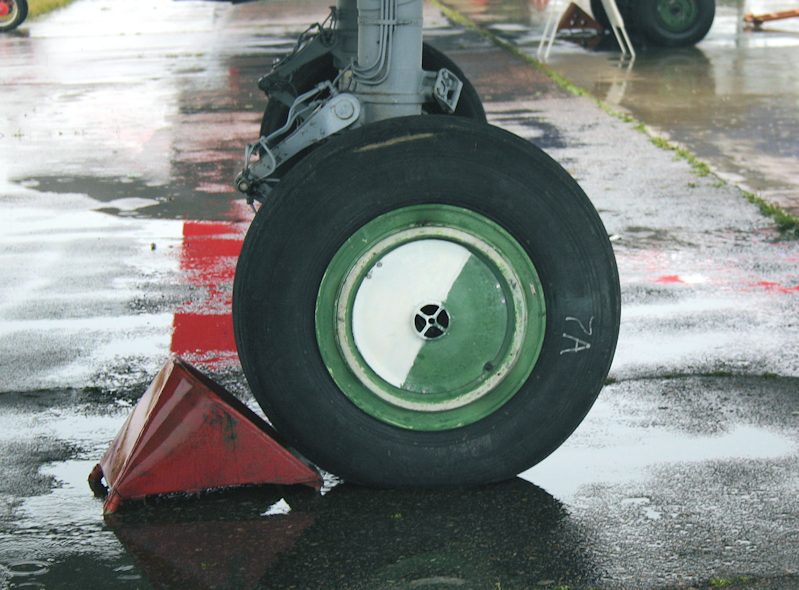 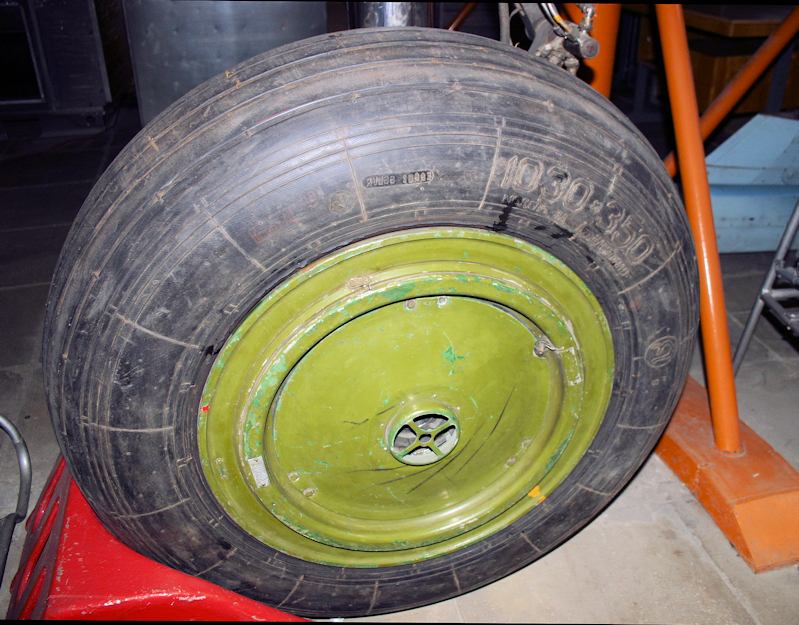 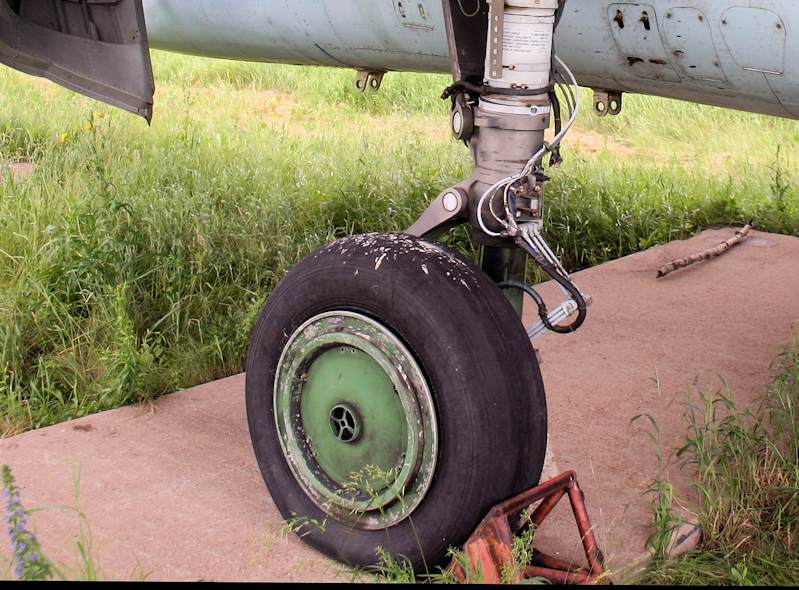 I photographed this one on the prototype T10 at Lugansk, Ukraine. 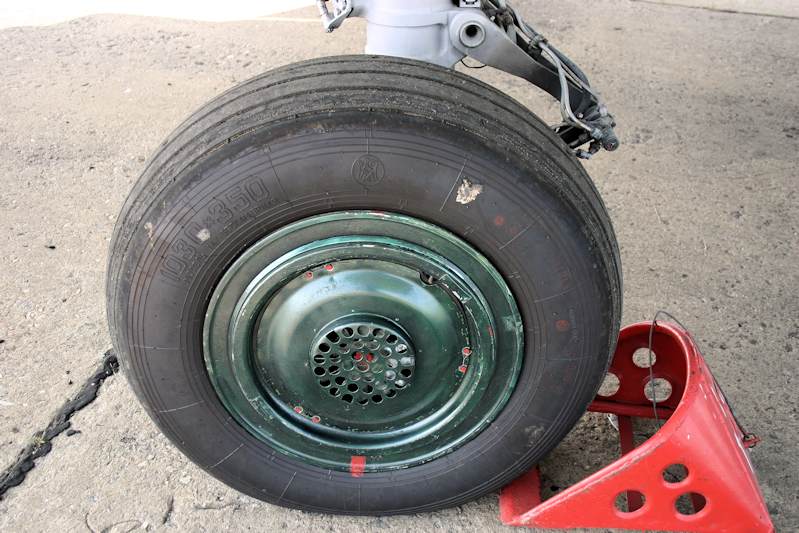 Photographed at Lipetsk, this one has the multiple cooling holes - note the three sets of retaining bolts painted red. 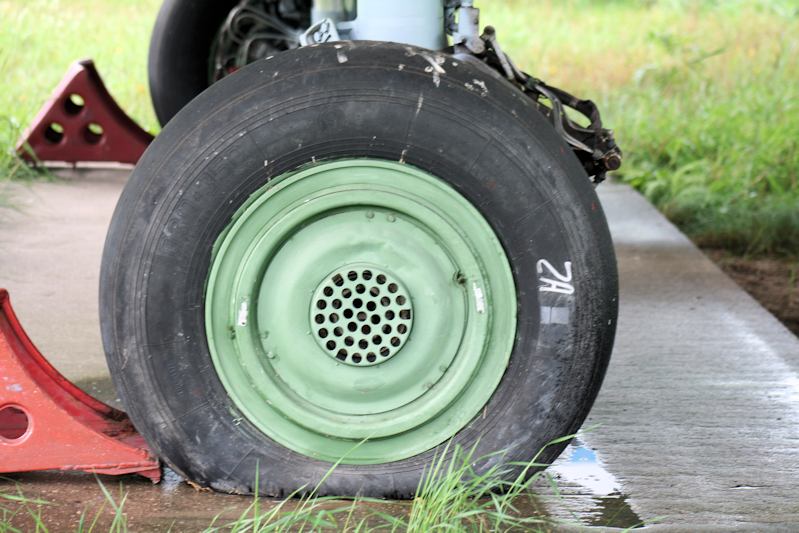 This wheel is fitted to the prototype first generation Su-35 (T10M) at Monino. 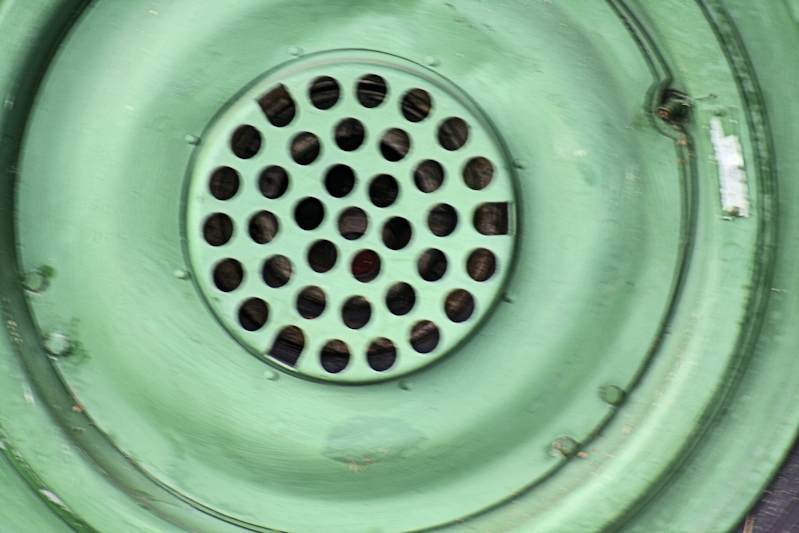 Extreme closeup showing the 3 sets of bolts and the inflation nipple. 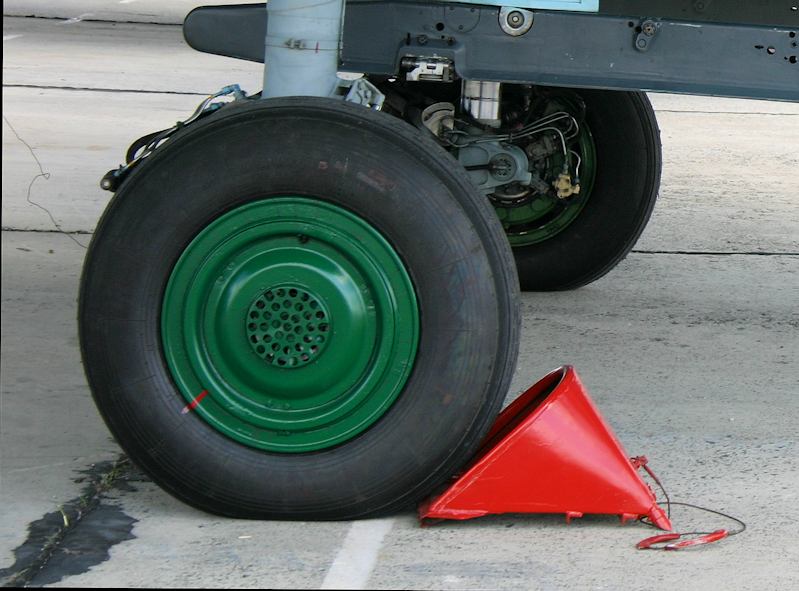 This freshly painted example was on a Ukrainian Su-27 at Gostomel, Kiev. 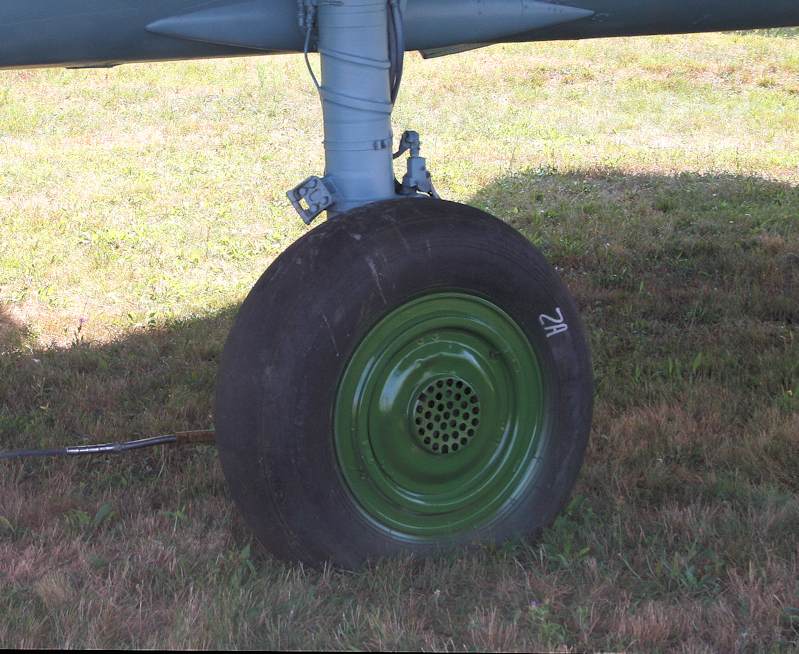 The T10M prototype wheel photographed a few years later  - now with a fresh lick of paint.

This is the main wheel on a Su-33 - note the fatter, beefed-up main leg for carrier landings and the larger fairing for the lock-down mechanism. 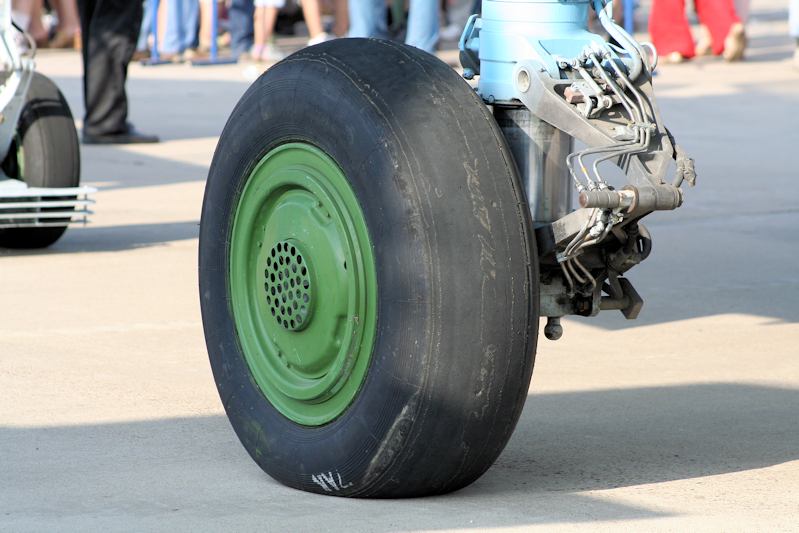 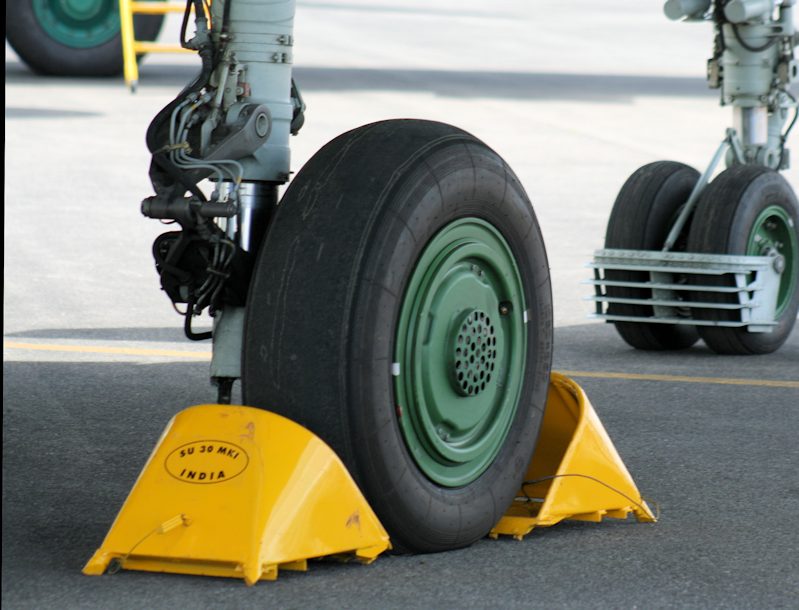 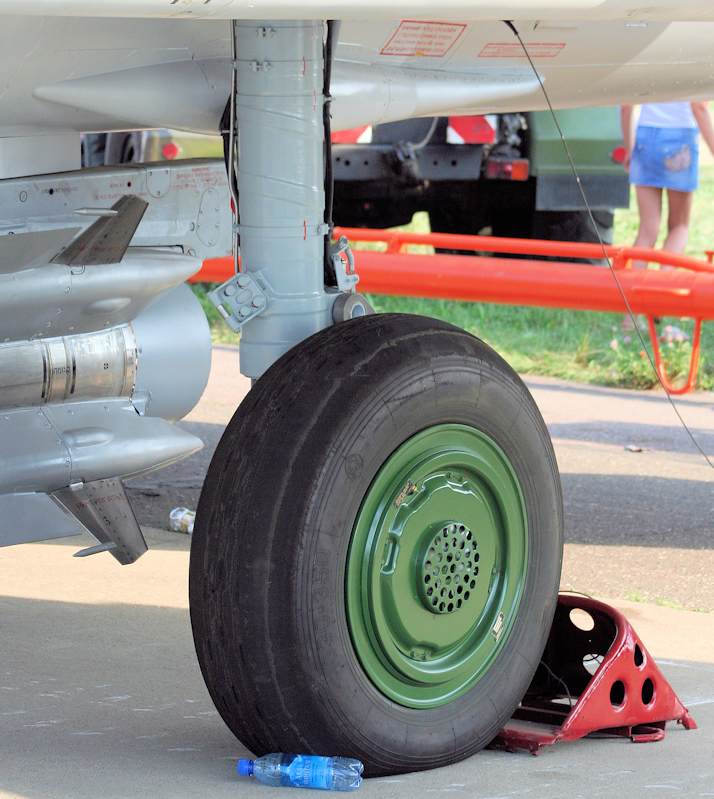 The latest Su-35S main wheel - compare the thickness of the leg with the Su-33. 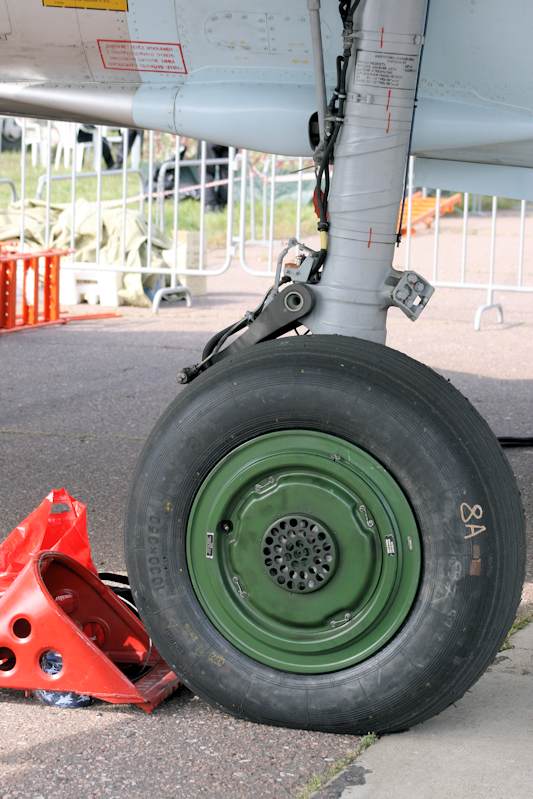 Note the wires on the retaining bolts. 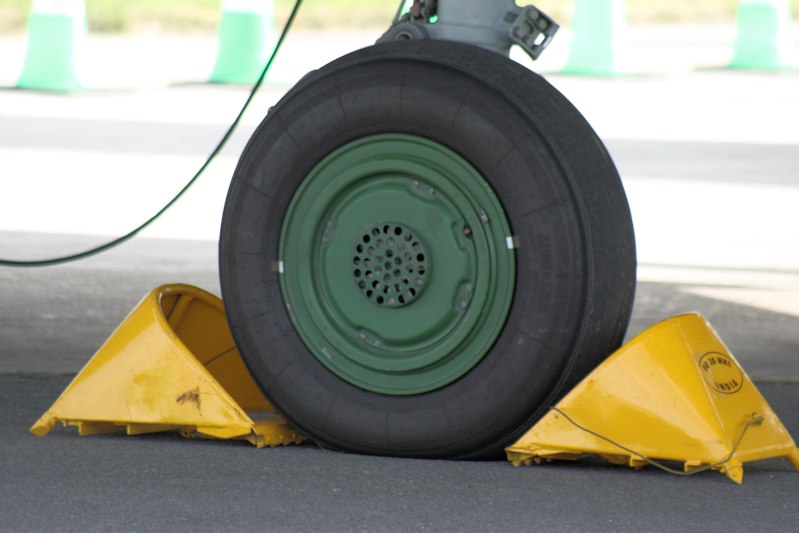 Another view of the IAF Su-30MKI main wheel. 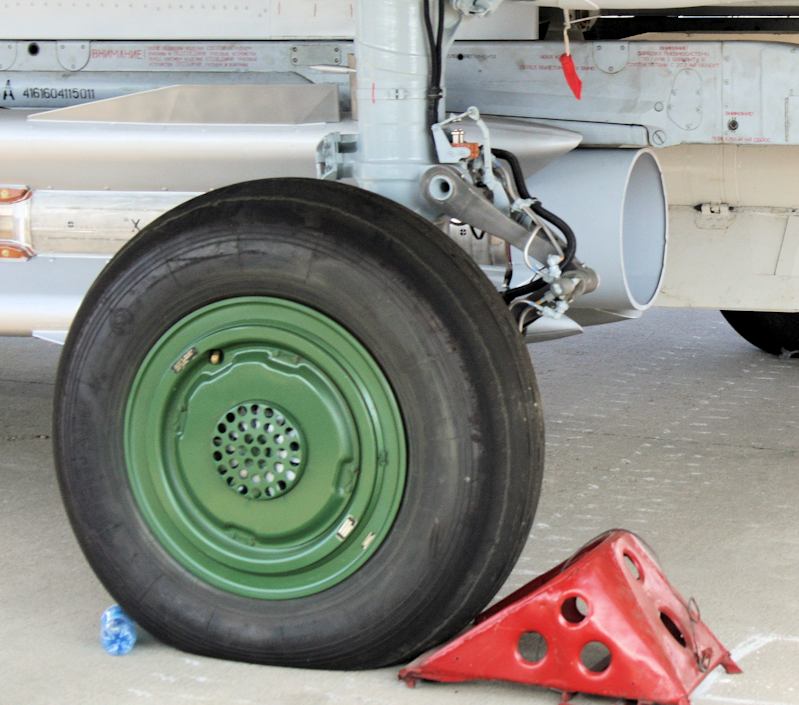