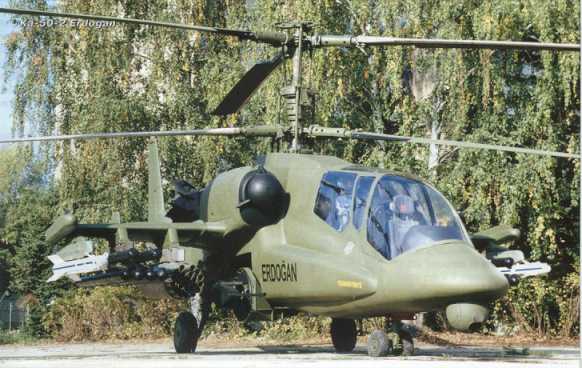 View of the Ka-50-2 mockup produced to meet a Turkish army requirement
for an attack helicopter. Kamov re-worked the single-seat Ka-50 to produce
the tandem two-seat 'Erdogan' that would be licence-built in Turkey by TAI.
The helicopter incorporated avionics produced by the Israeli firm of IAI. 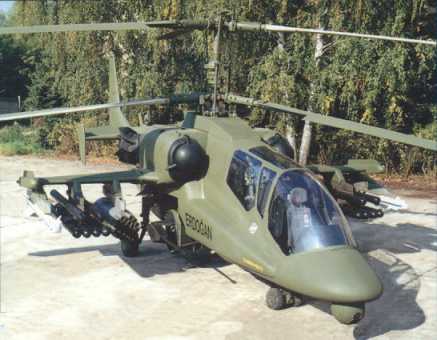 Another view of the Erdogan. The side-mounted GIATT 20mm turret
is designed to swing down underneath the helicopter for firing. 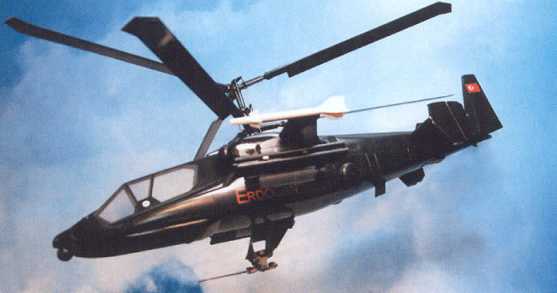 Publicity model of the Erdogan showing the GIATT cannon swung down for firing.
Note also the flat-sided windows on the front cockpit. 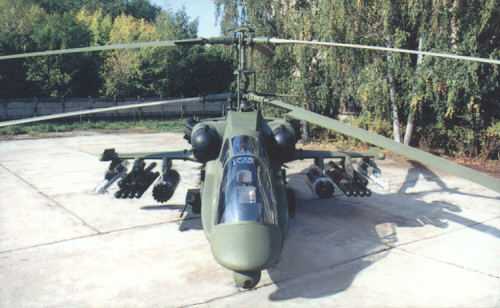 The front cockpit glazing folds to starboard for access, the
rear cockpit has clamshell doors like the Ka-50. 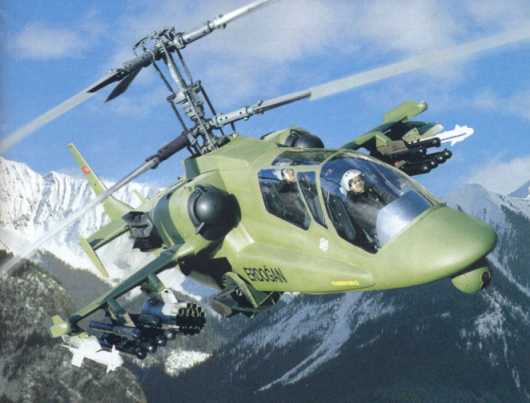 Publicity artwork from the sales brochure. 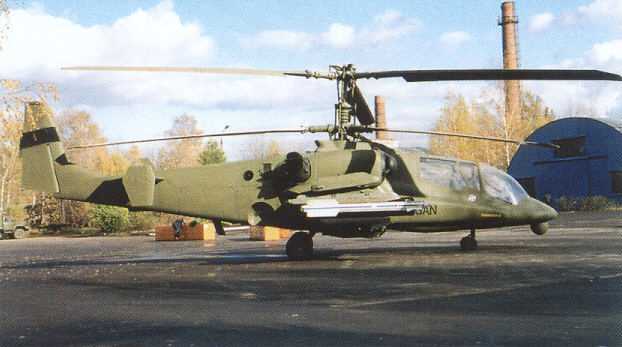 Side view of the mockup. 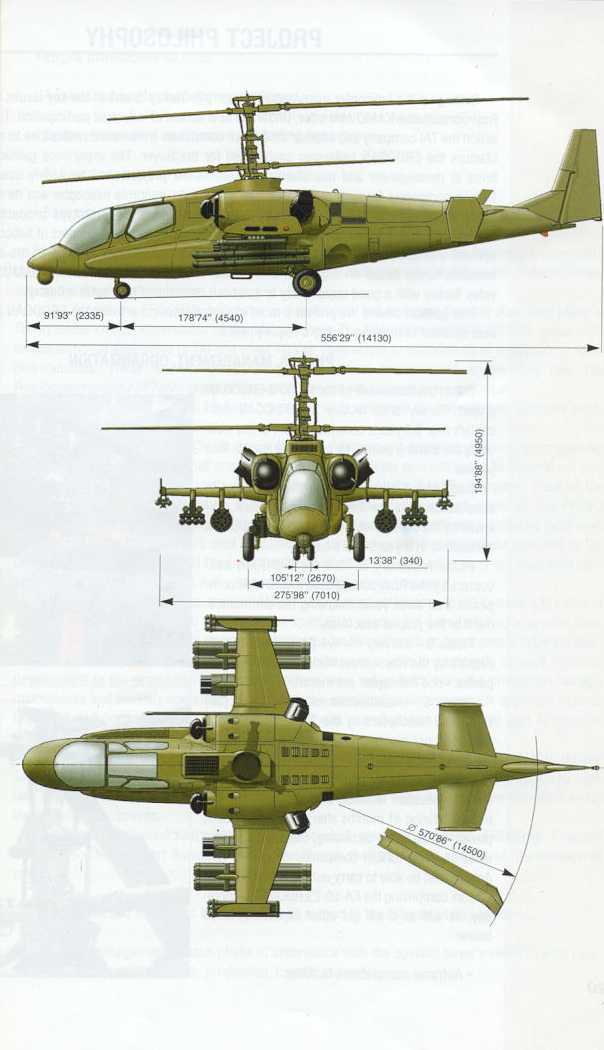 3-view from the sales brochure - conversion  set anyone ?