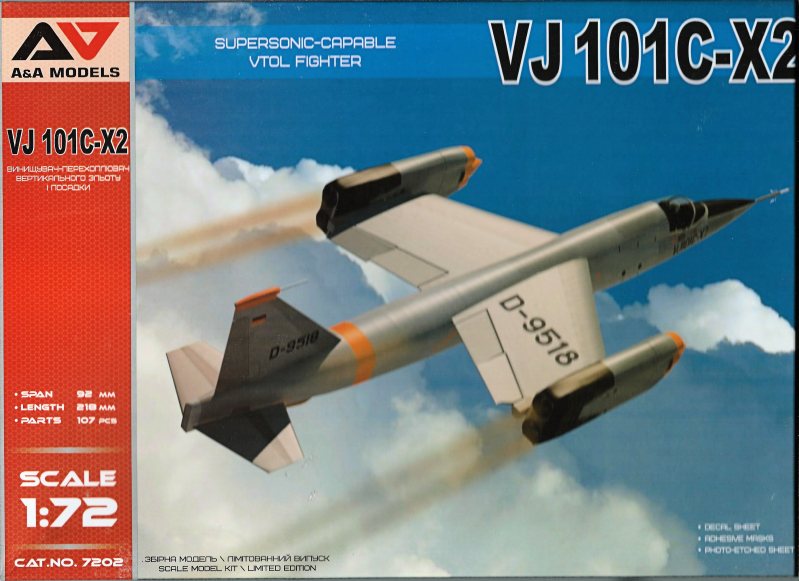 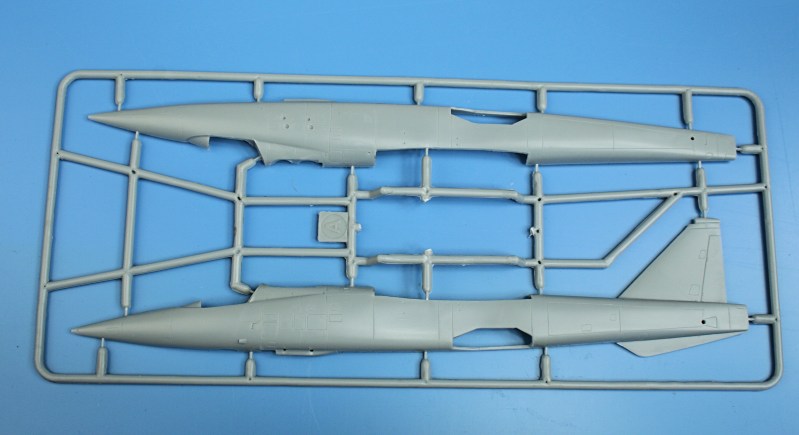 Fuselage sprue - moulded by Modelsvit on behalf of A&A Models. 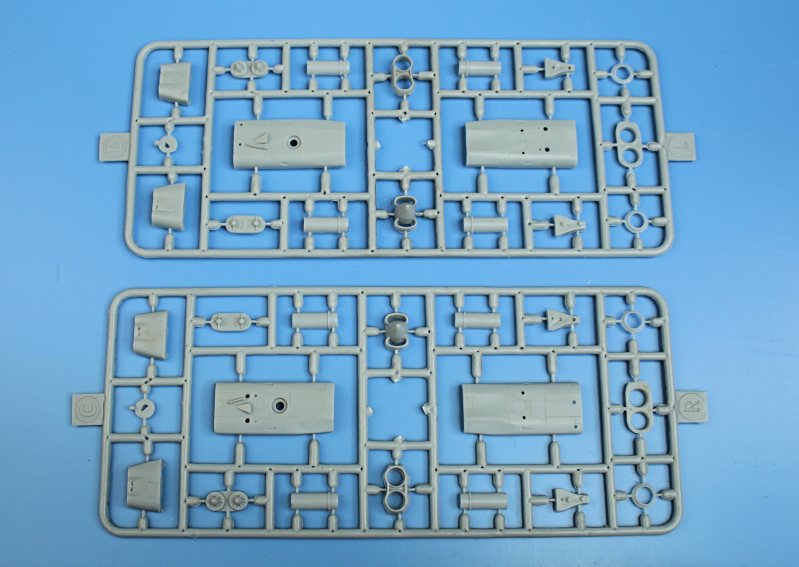 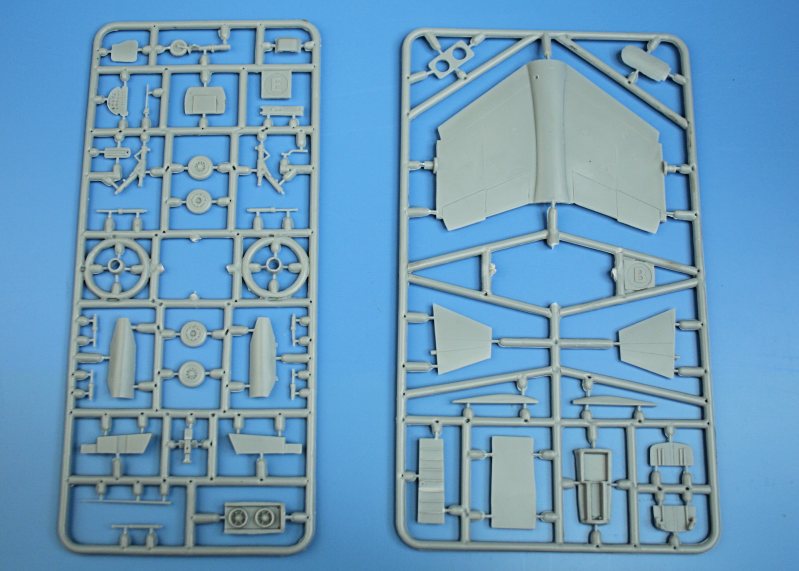 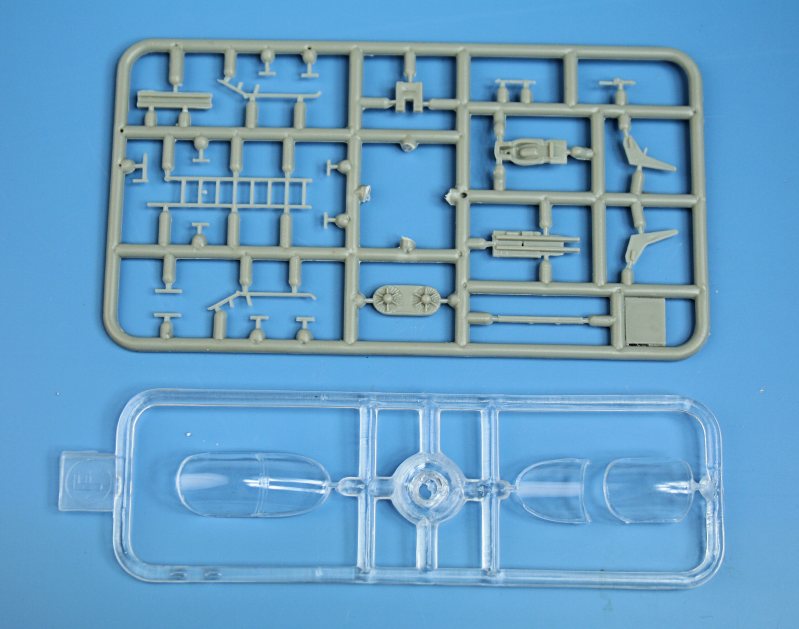 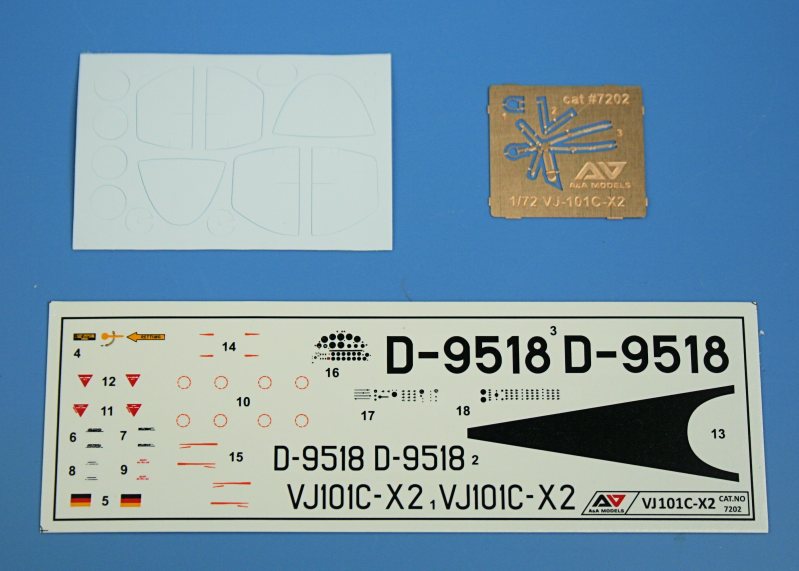 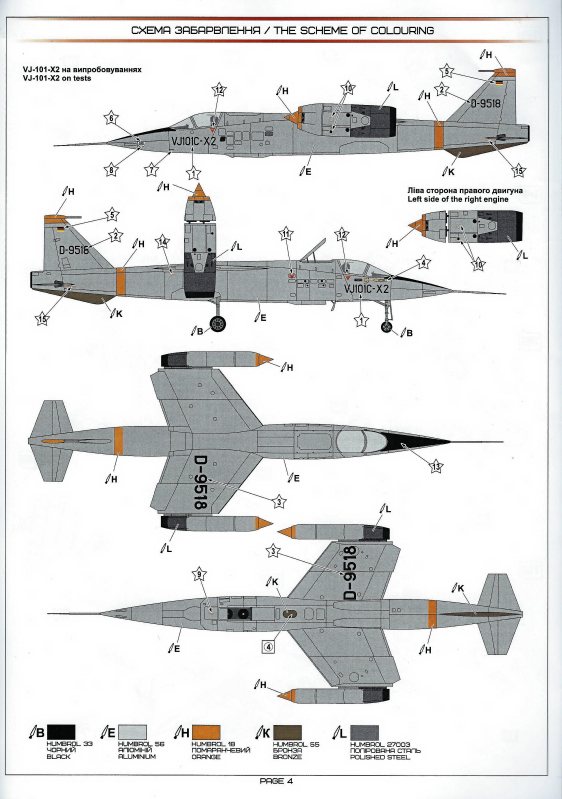 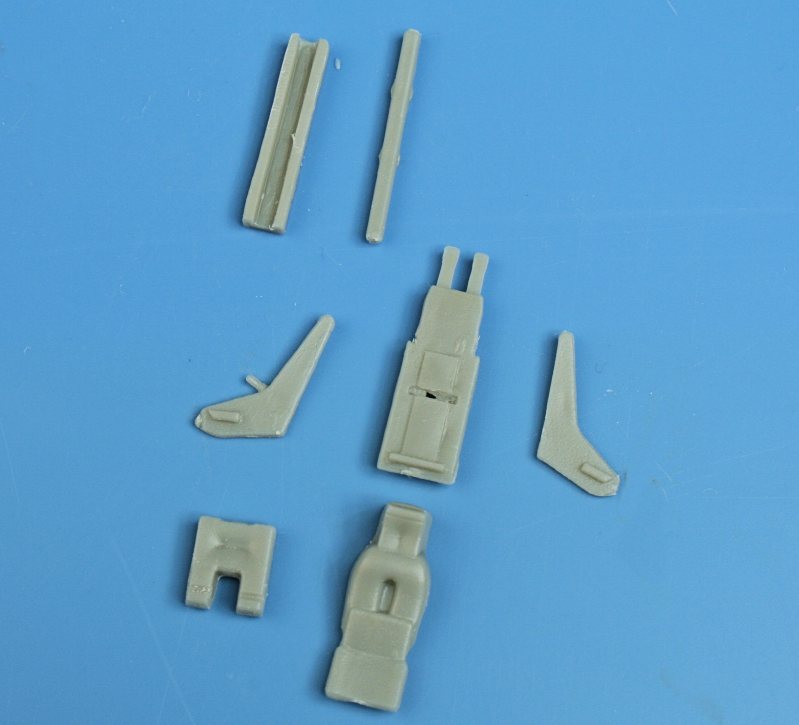 Parts for the Martin-Baker GA7 ejection seats - minus the firing handle and two smaller plastic parts. 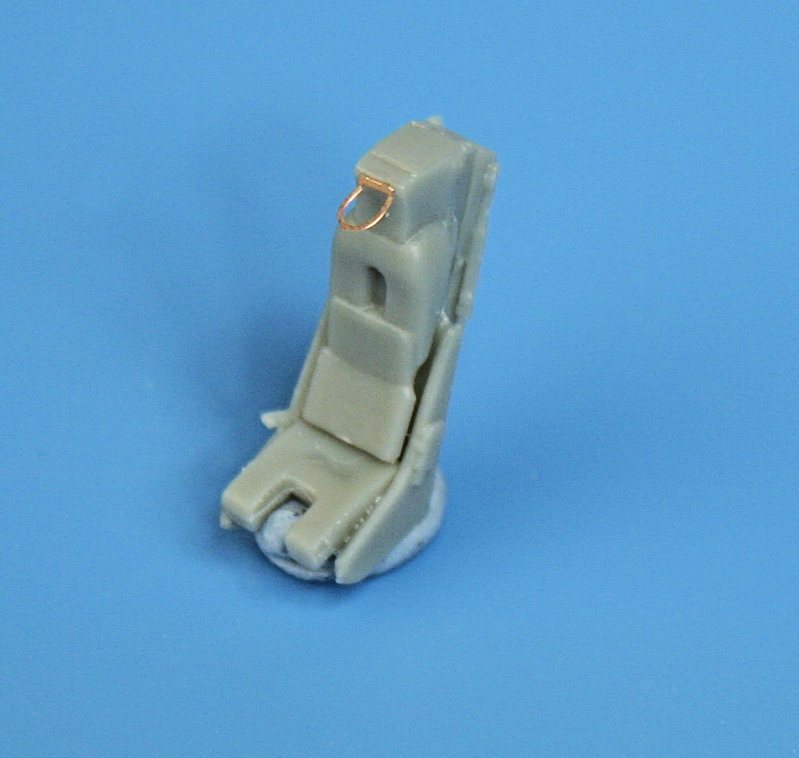 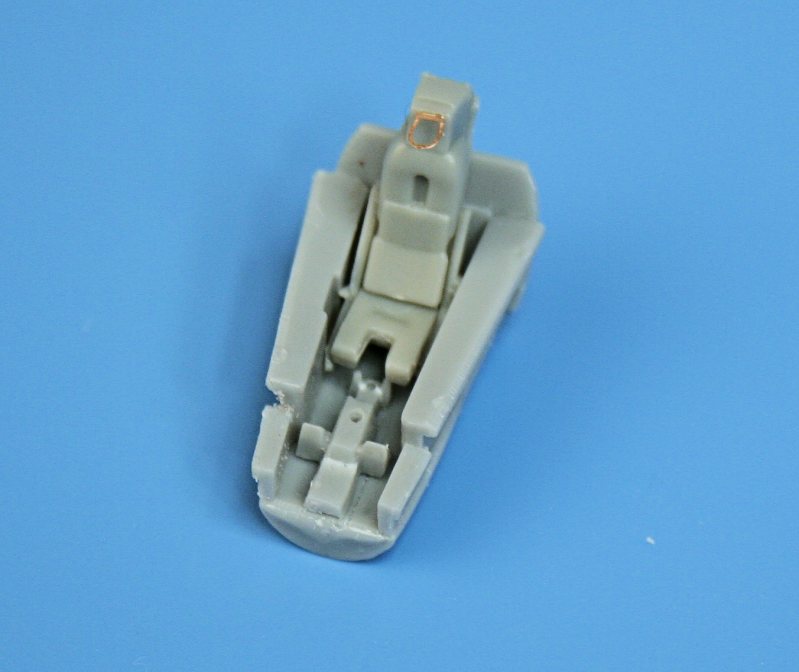 Seat and five-part cockpit - complete with rudder pedals but minus the control column. 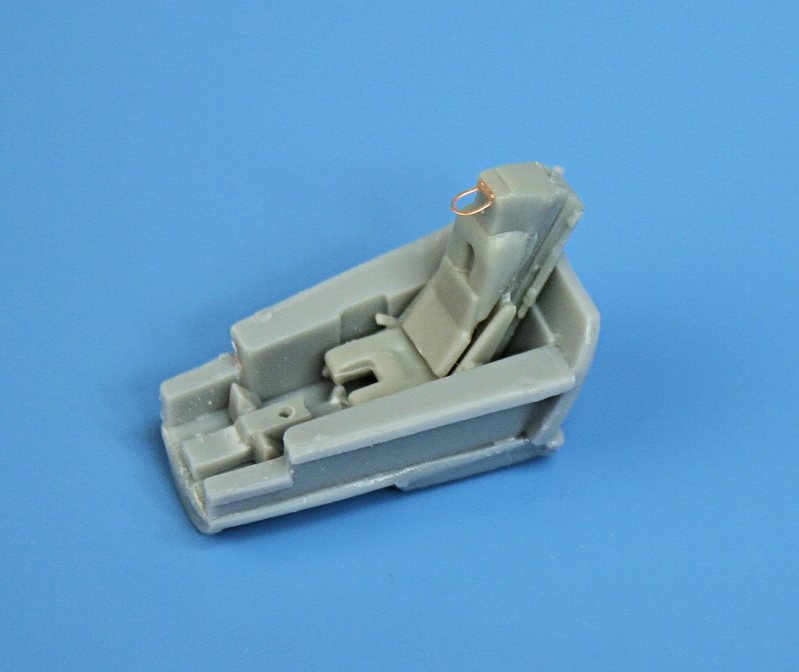 Seat and cockpit tub - decals are provided for the side panels. 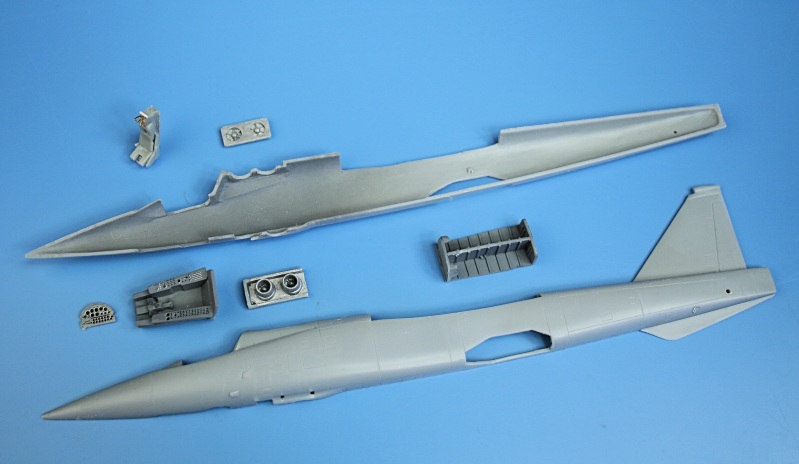 'Internals' ready to be inserted into the fuselage. 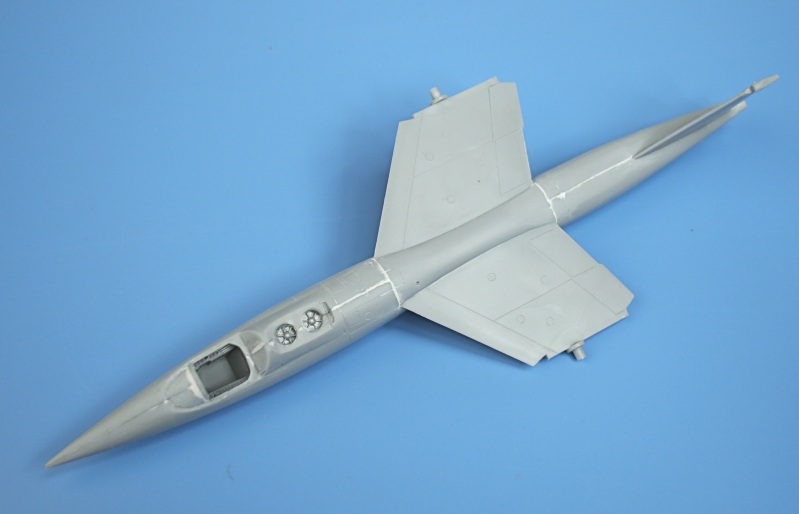 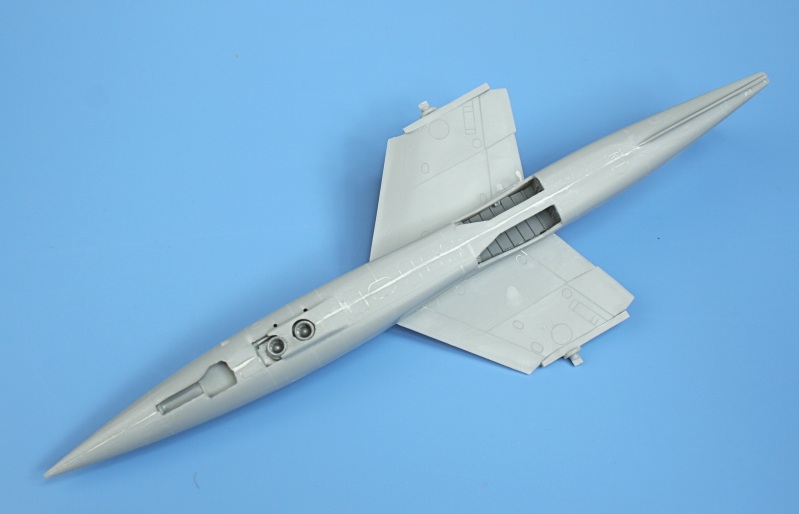 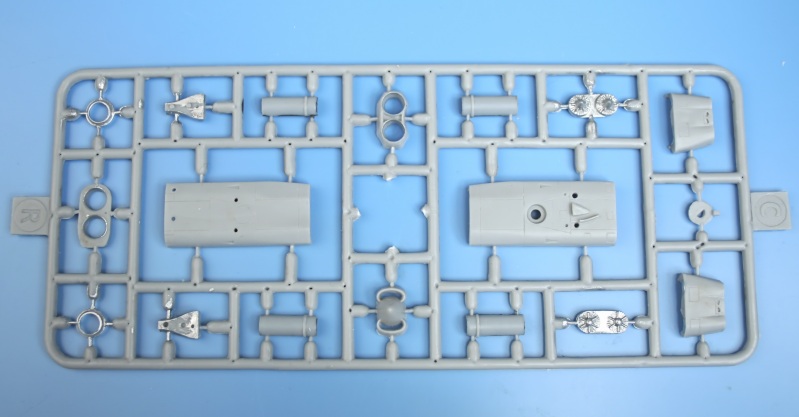 Components for the starboard wingtip engine pod - all EIGHTEEN of them! 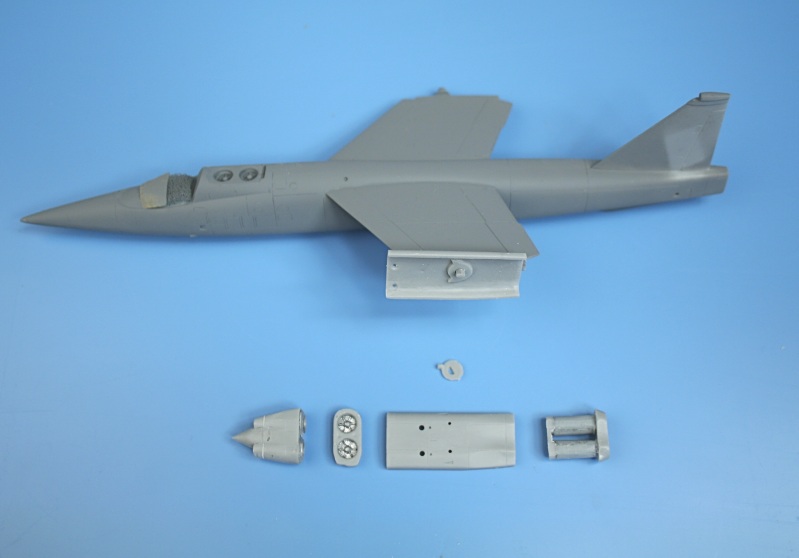 If the pods are to rotate, they have to be assembled 'in-situ' on the wingtip.
Note the collar to hold the inner half of the pod in place. 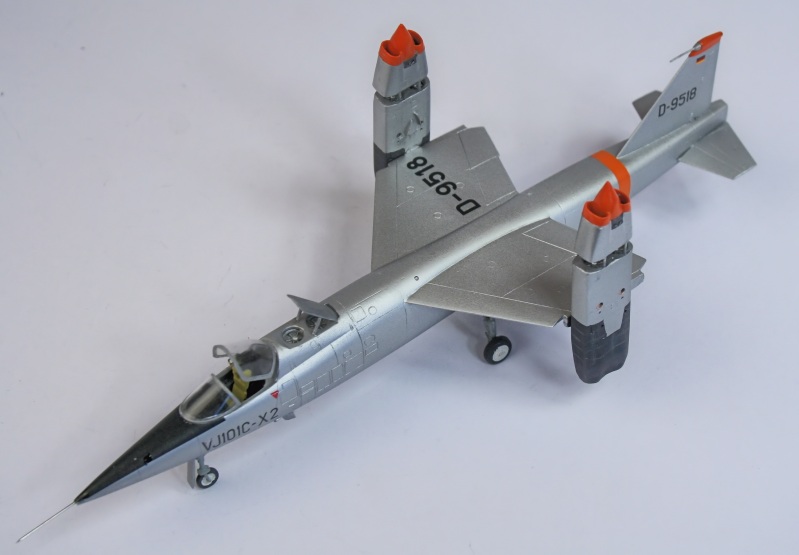 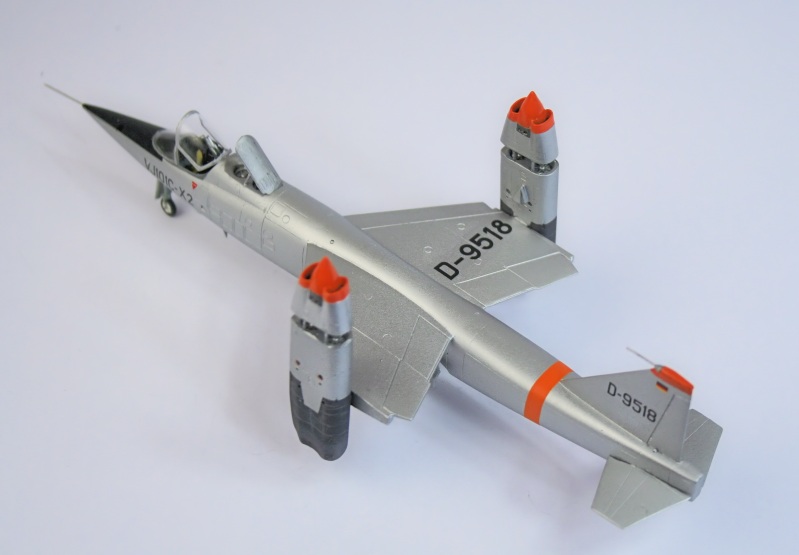 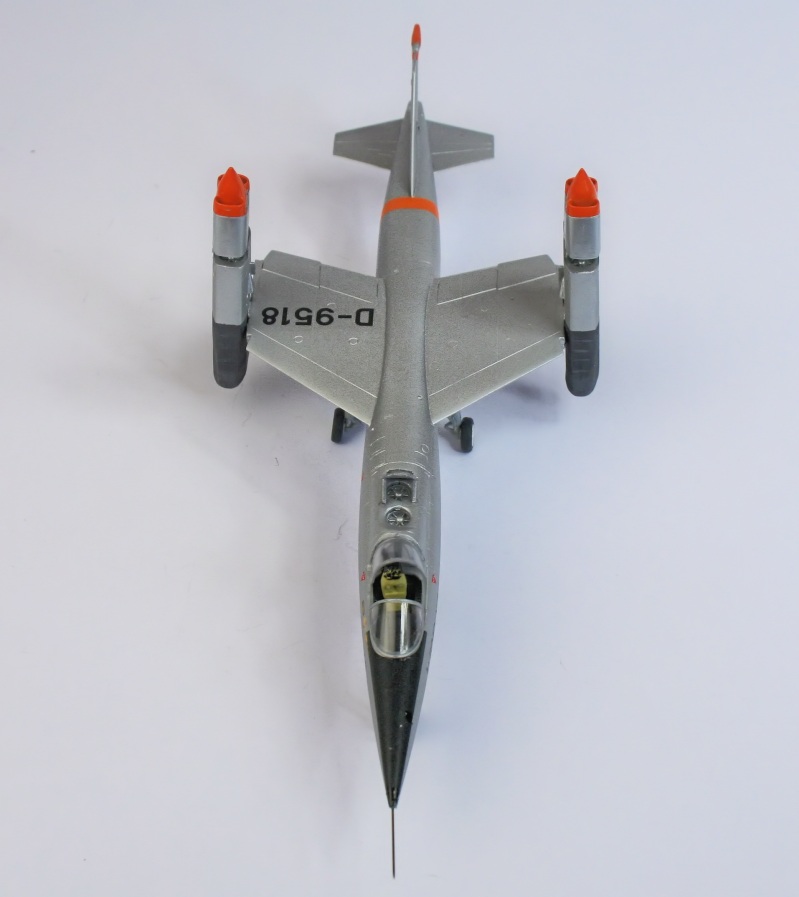 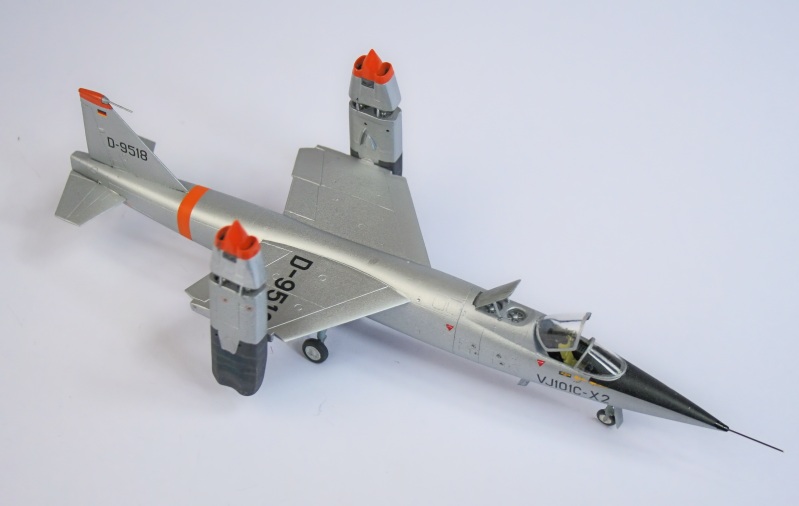 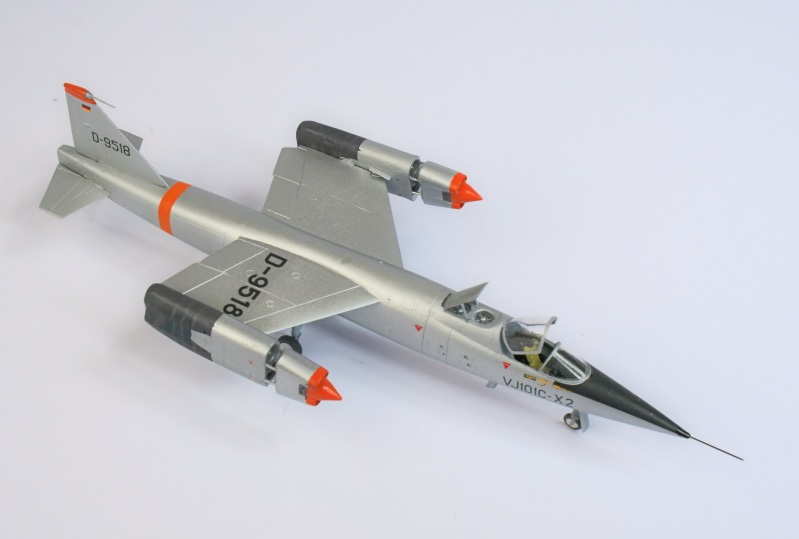 Main engines translated to CTOL mode (where the extended intakes and front engines door would be closed). 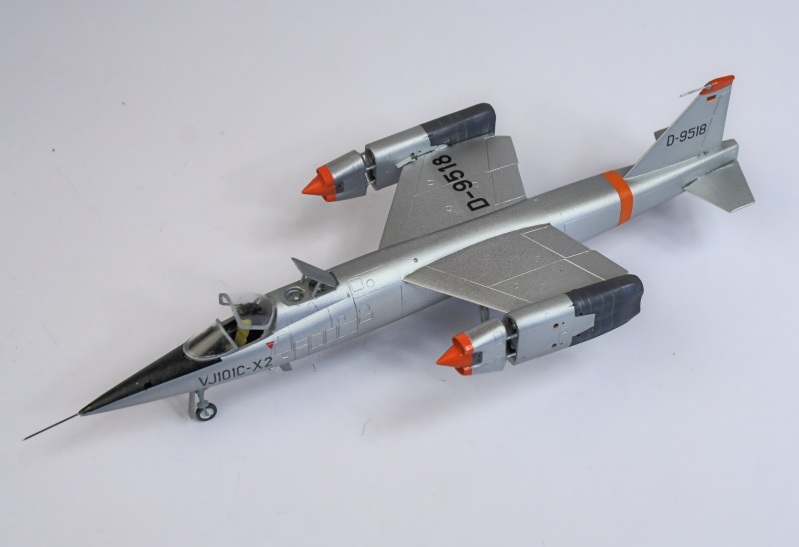 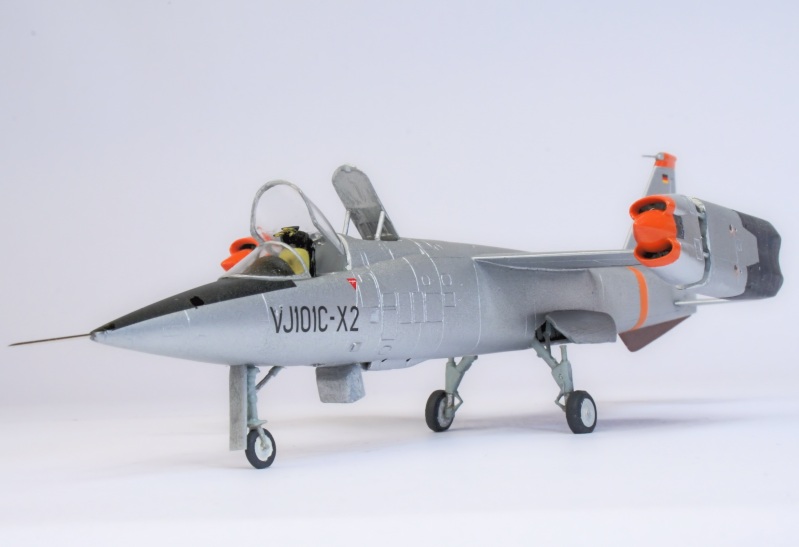