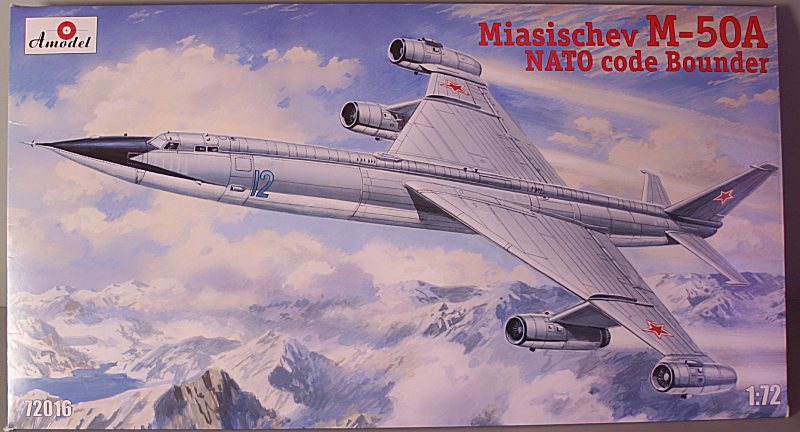 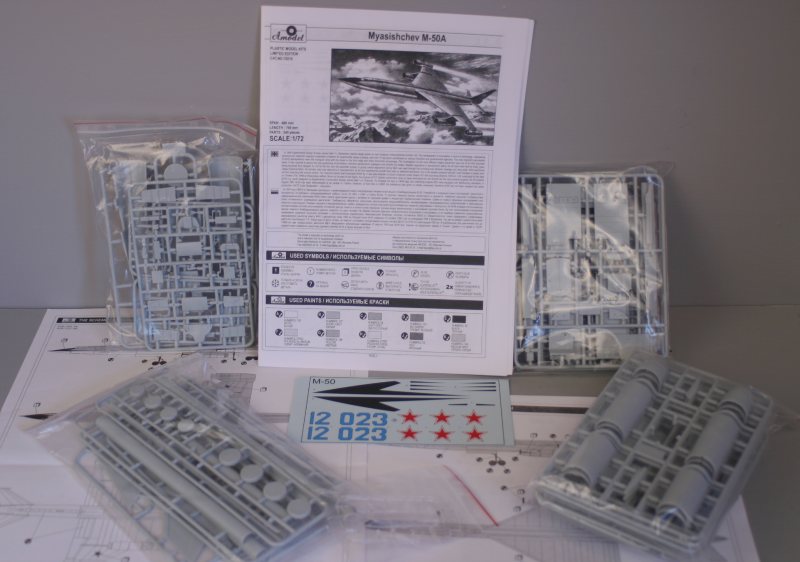 The main injection-moulded components are all bagged up..... 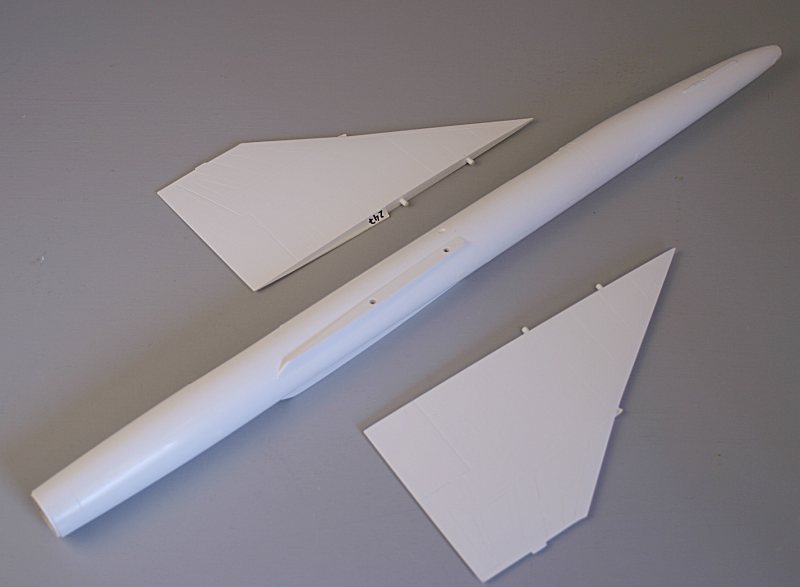 The fibreglass resin parts have a smooth, mirror-like finish with good panel detail. 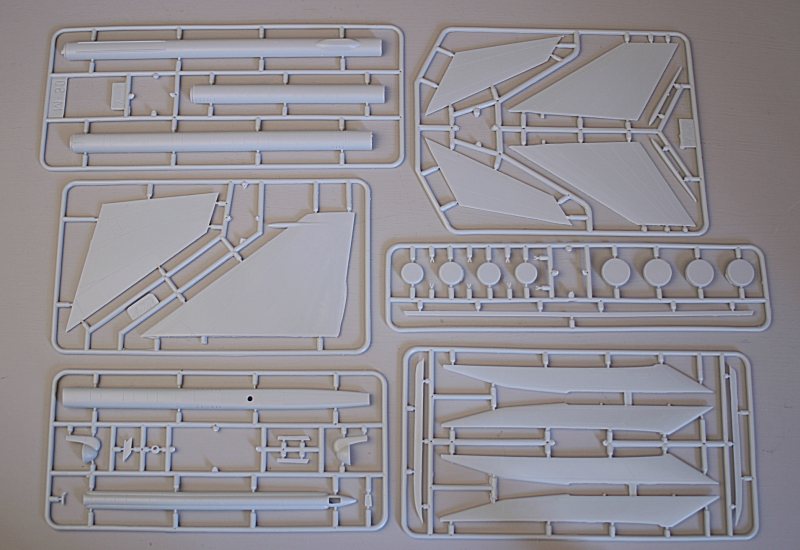 This sprue has the fin, tailplane & engine pylons as well as the spine parts and engine blanks. 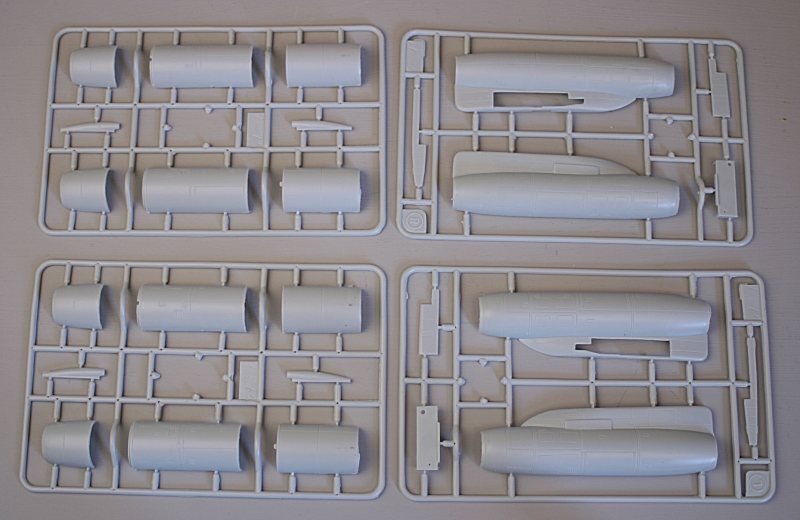 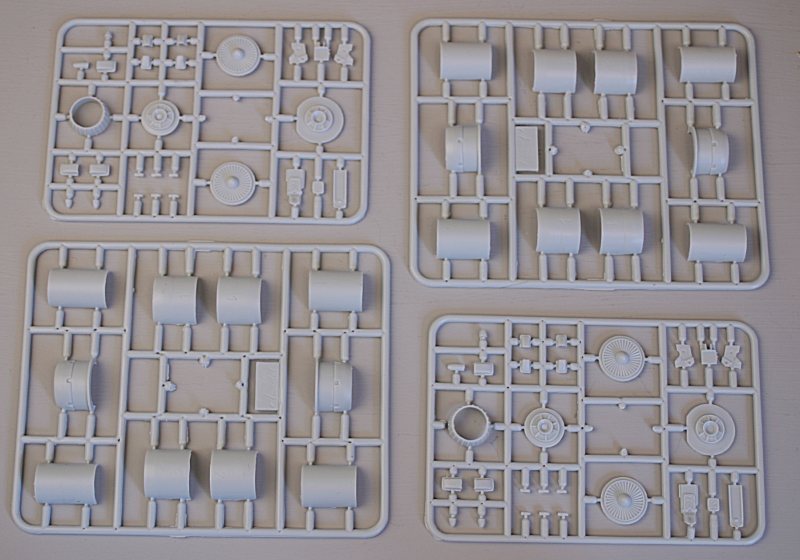 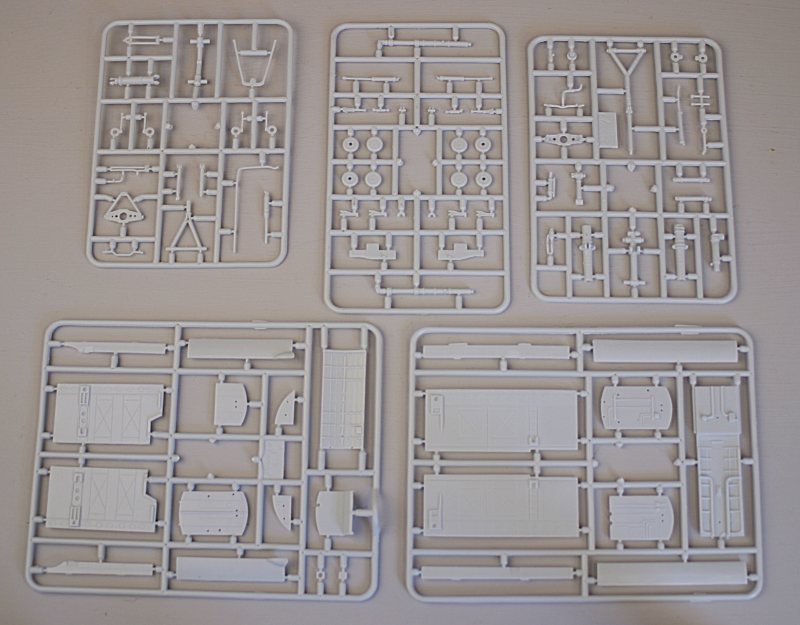 Wheel bays are box structures with good detail - most of which will not be visible. 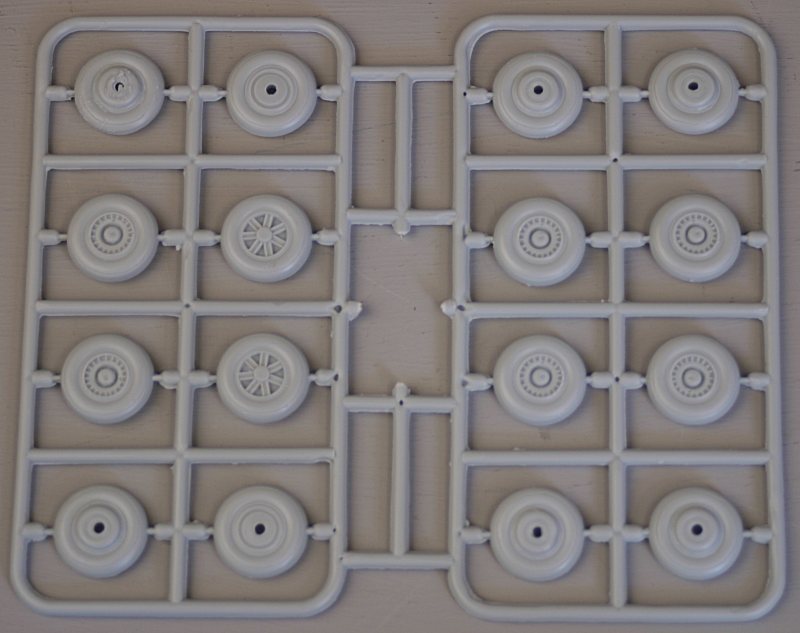 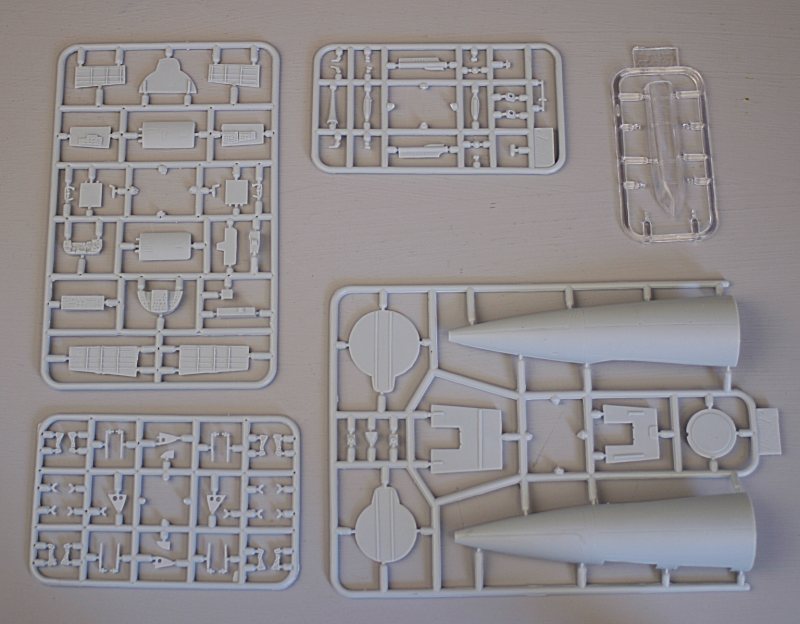 flypast, or all-silver bort 12 as currently displayed at Monino. 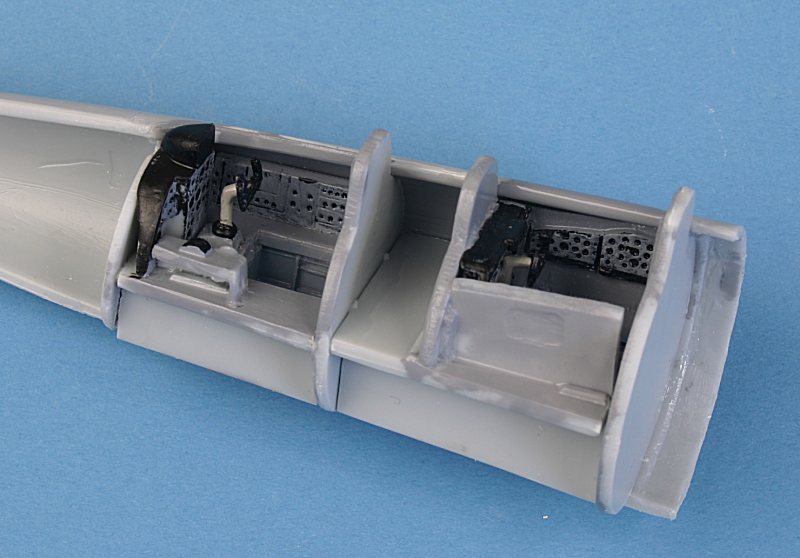 Made-up cockpit section - I didn't add much more detail as it won't be visible when the canopy is fitted.

I also left the seats out until later - I am going with the optional bottom-opening access panels with the seats attached. 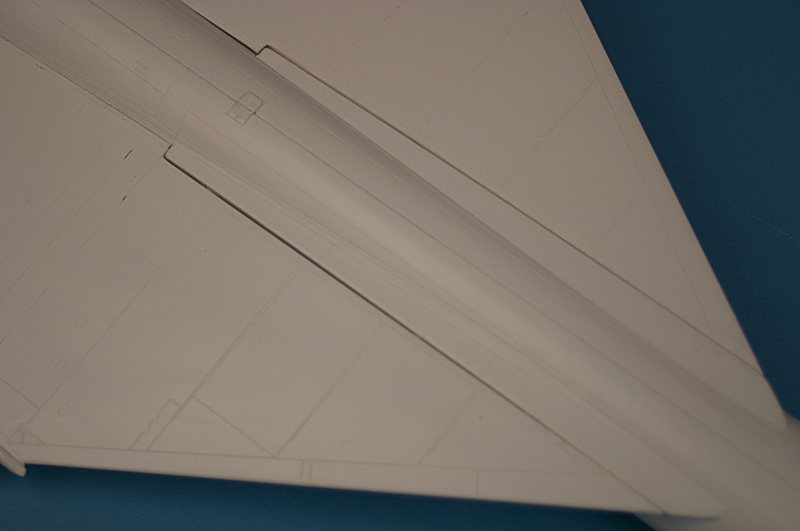 The wings don't need a spar - the supplied 'stubs and holes' are adequate. The fit is a bit hit-and-miss though as

seen here - but nothing that a sliver of plastic card and some filler won't fix. 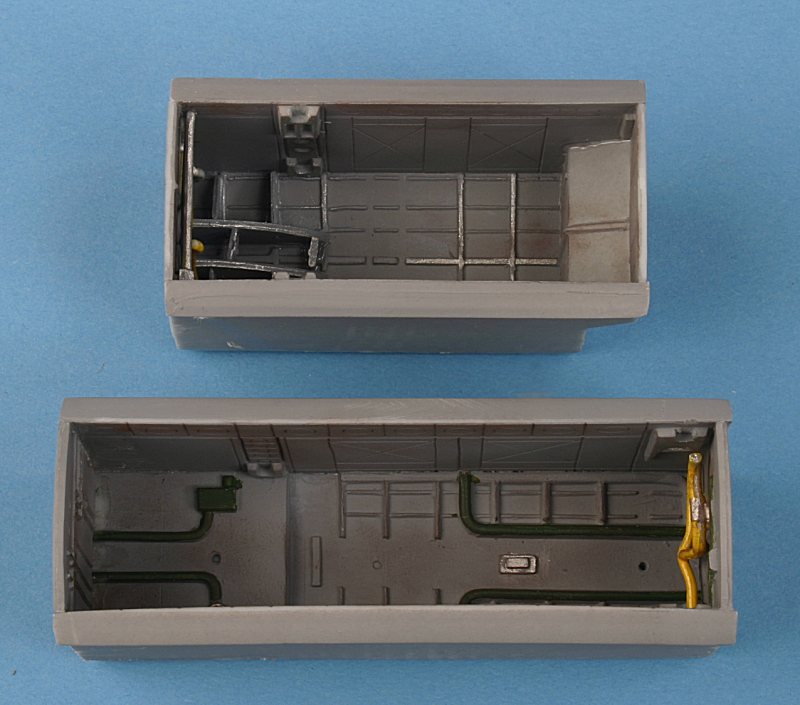 The front (bottom) and rear undercarriage bays made up - they slot into recesses in the fibreglass-resin fuselage.

The instructions have the undercarriage parts fitted at this stage - but I modified the sidewalls so that I can fit it later. 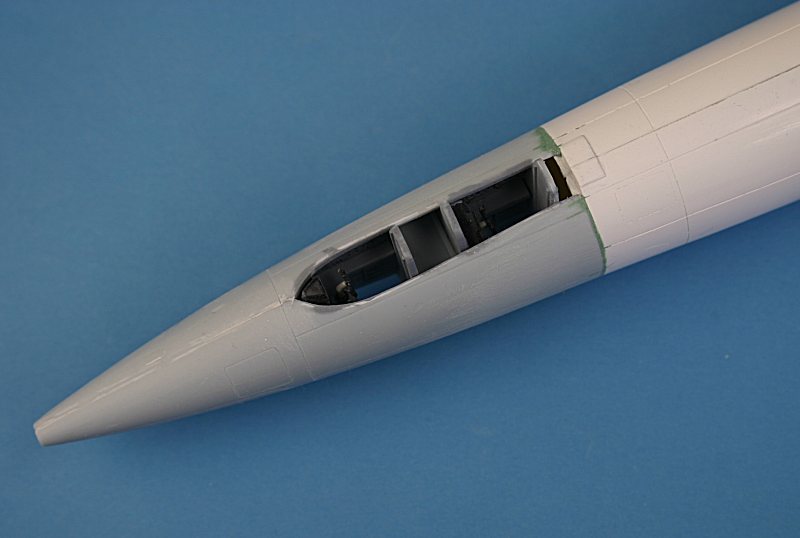 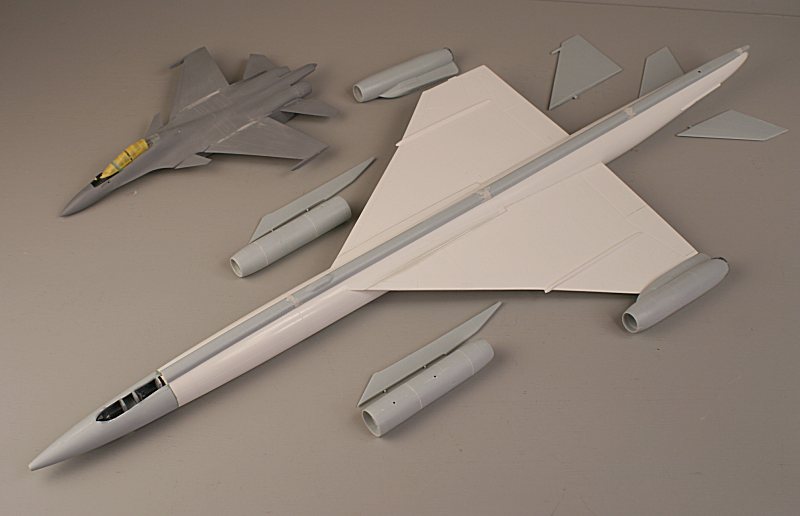 Progress so far - the Su-30MKI is there to lend scale. 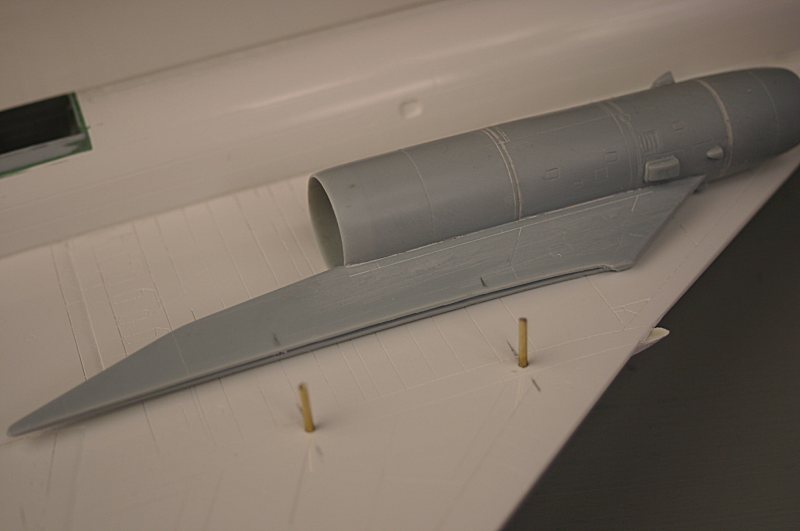 The inner engine nacelles have no mounting brackets - so I used brass rod for added strength. 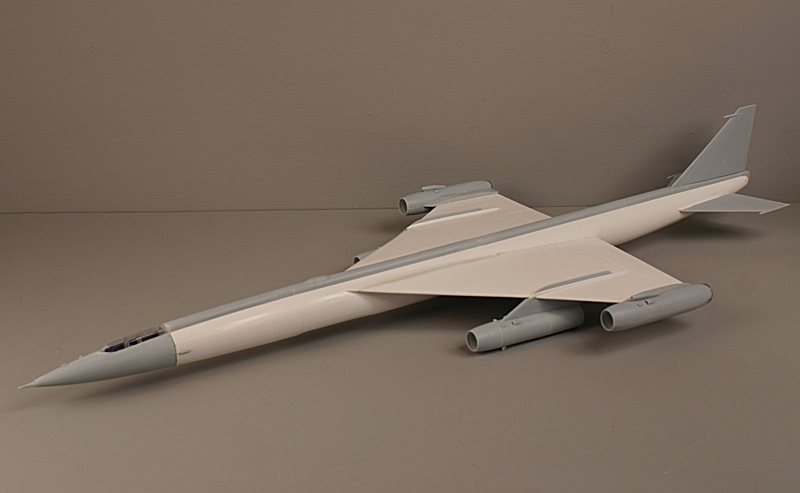 The model is now structurally complete - the white areas are fibreglass resin, the grey is injection-moulded. 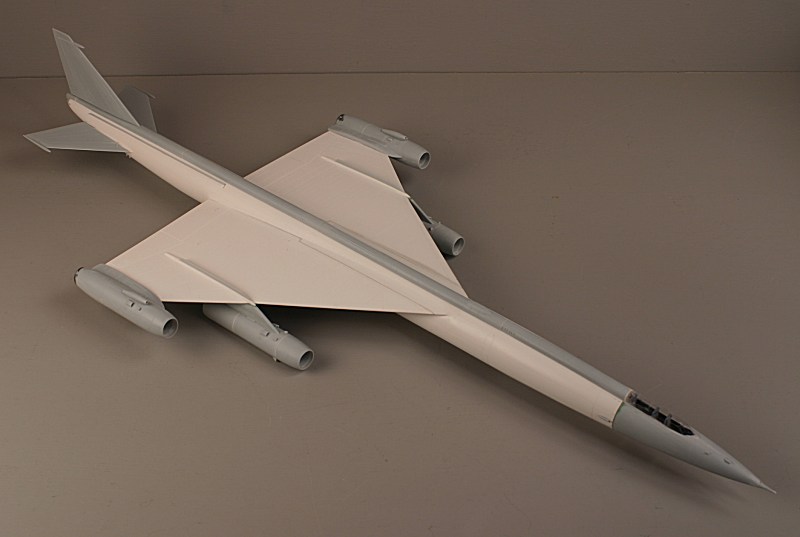 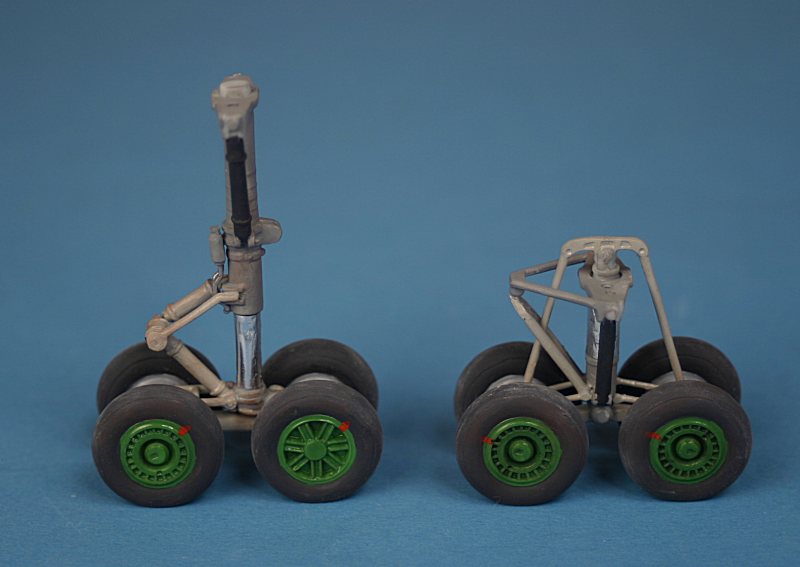 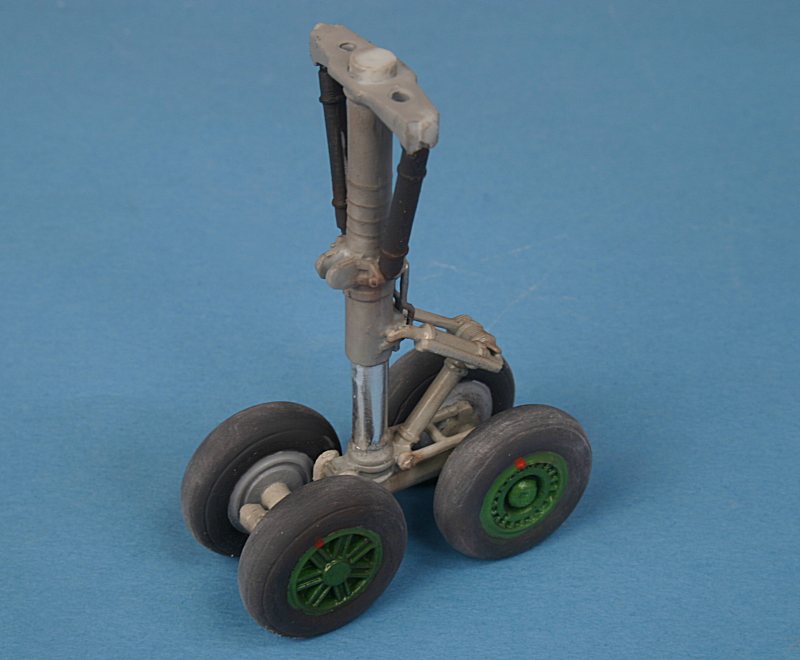 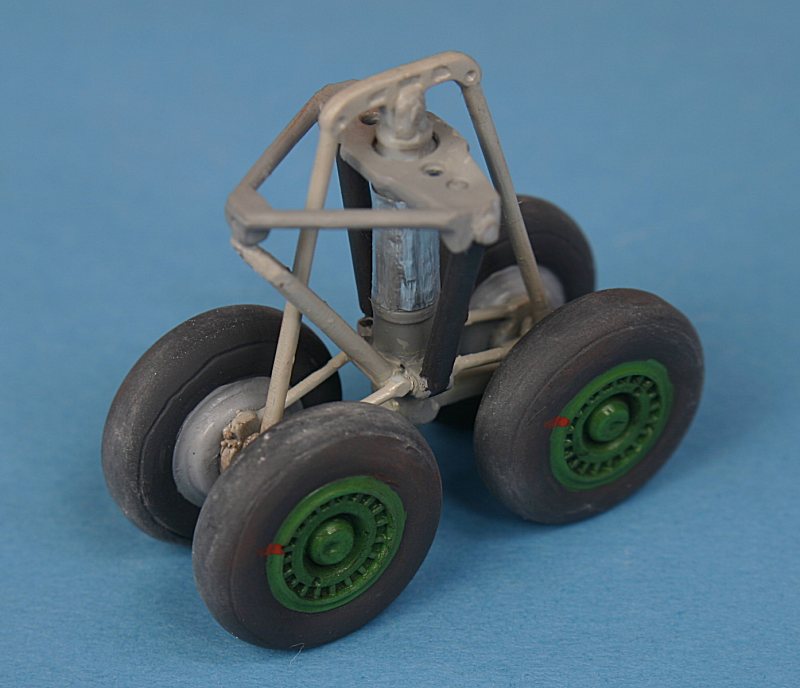 and rear assembly. They should both just slot into place after the model is painted. 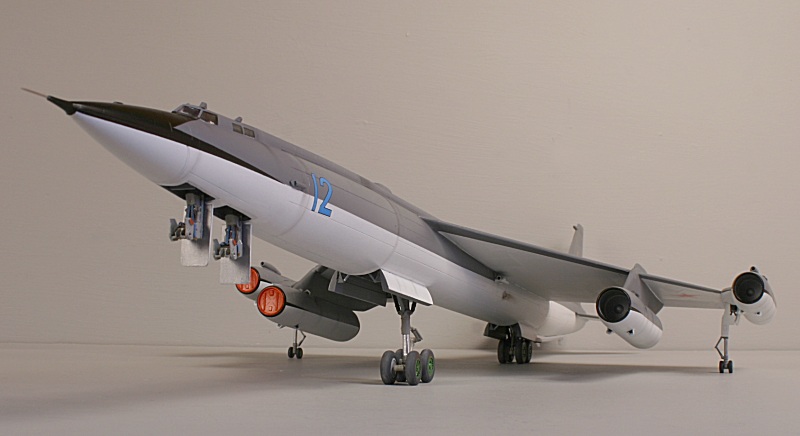 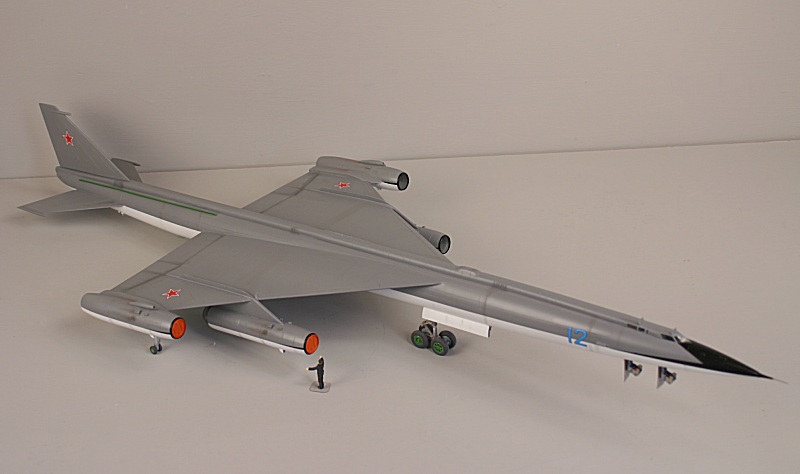 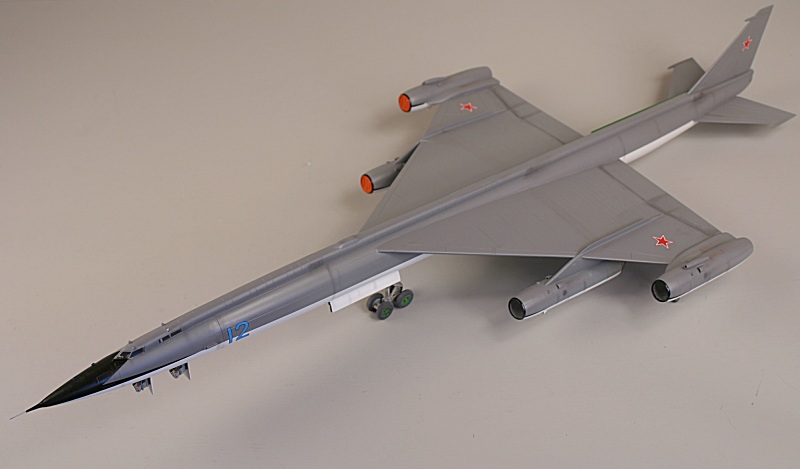 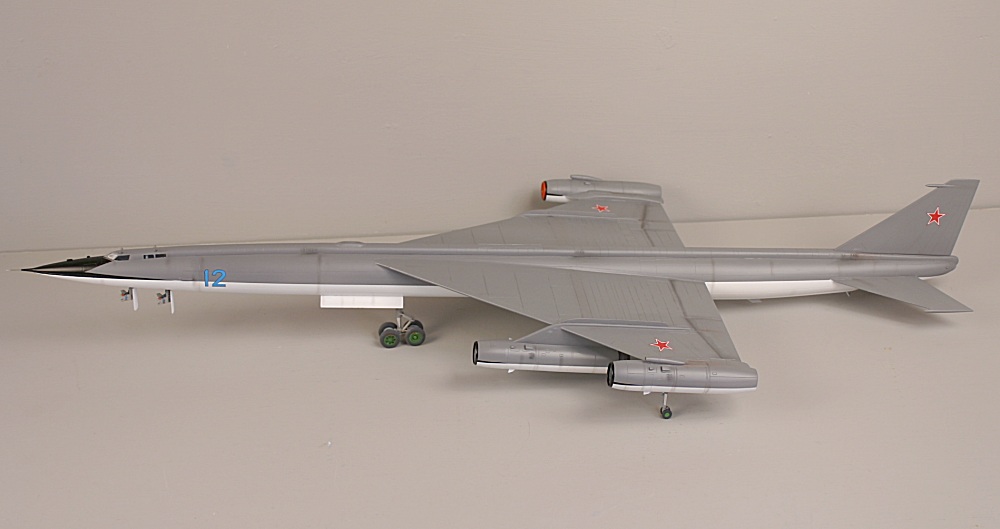 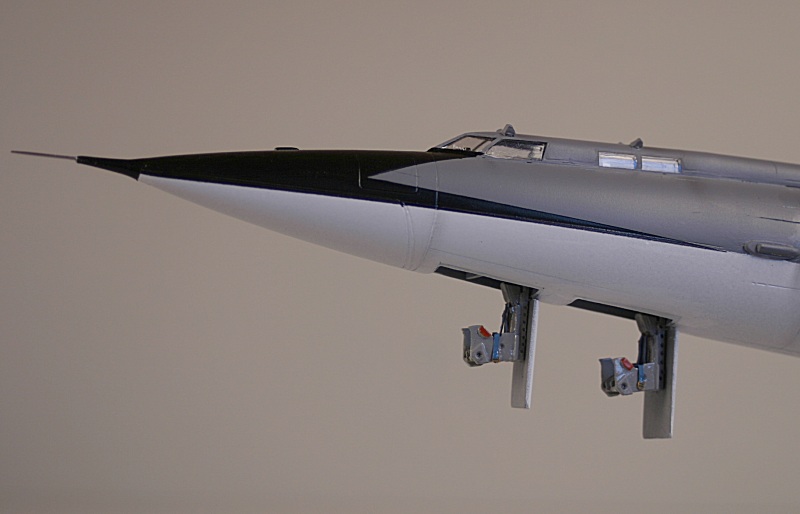 Closeup of the ejection seats. Two long access ladders are used to get the crew into them - very precarious! 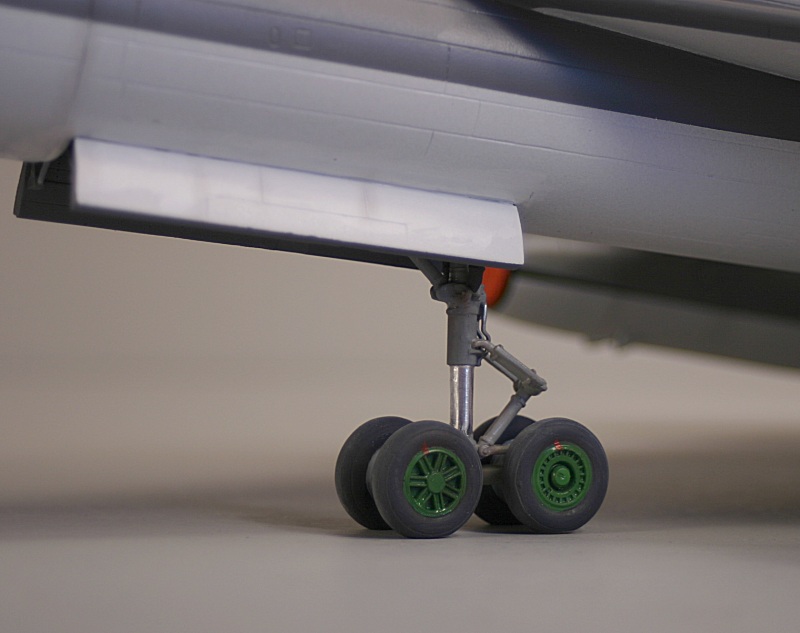 The front wheel bogie - the whole assembly pivots about the rear leg on takeoff to increase the angle of attack. 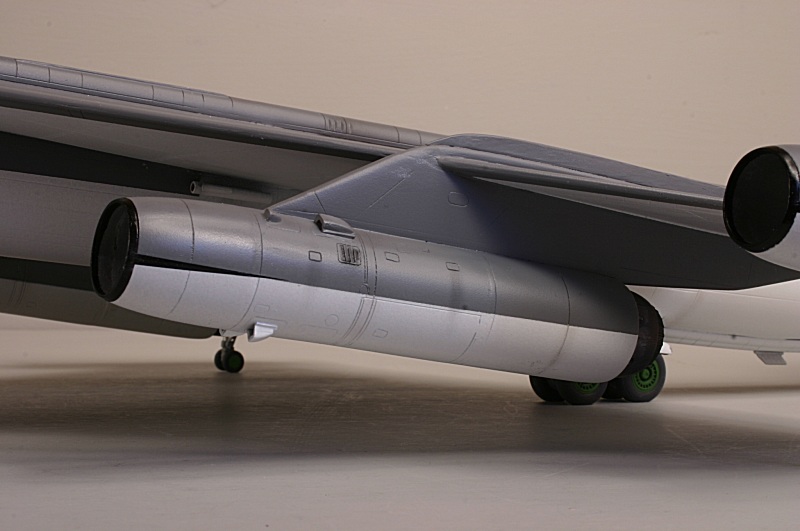 Port inner engine - only the inner engines were fitted with afterburners - and they were only engaged for takeoff! 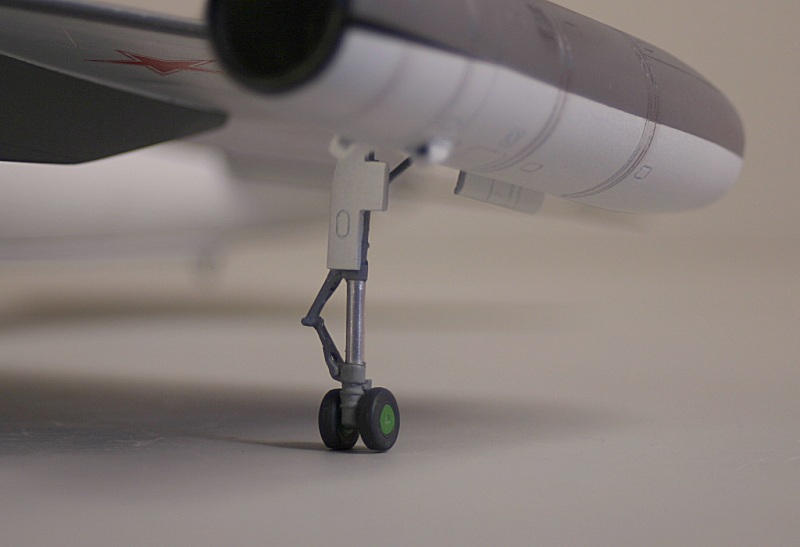 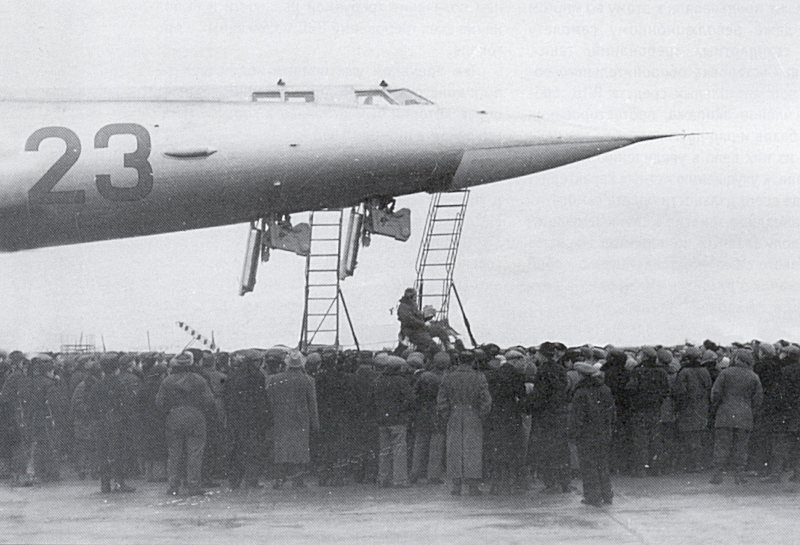 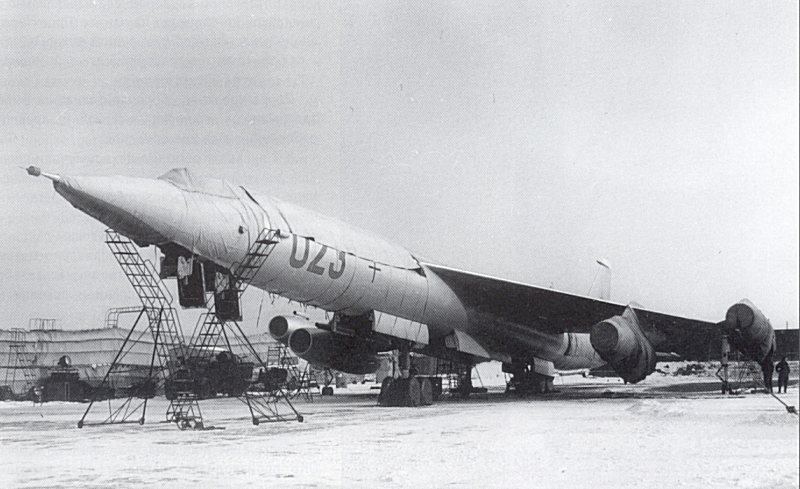