'Centroplane' - made from thick plastic card....

.... and the engine nacelles from a Flanker.

I made a vertical profile - and added the flat centroplane to either side...

Top of fuselage 'planked in'

White nacelle is from an old Nakotne Flanker kit - the grey section is from the Revell Flanker.

I decided to re-skin the front fuselage sloping sides with thicker plastic card.

The flat-bottomed underside has been added.....

....complete with sloping sides. I have used Green Stuff to blend in the curved edges.......

.... which has to be done before I can add the lower engine nacelles (temporarily in place here).

The first crude application of Milliput - to blend in the wing roots, fuselage and engine nacelles.

As soon as it sets, there comes a marathon sanding/re-filling/sanding session.

First sanding session on the port side reveals that I have got the leading edge too low where it meets the fuselage.

Pencil lines drawn on to highlight the curves.

'Canard' and Hobby Boss F-22 wing temporarily attached - this highlights where the root of the canard is too low.

Leading edge fixed with more Milliput - which is then sanded smooth. It all loks great until you apply a coat of primer....

....which reveals dozens of areas to fix.

While the top surface filler is hardening, I turned to the underside. The cut-down Nakotne engine nacelles are added.

I have also added the boundary layer diverter between the wing surface and the intake roof....

....then more plastic card to form the intake roof.

I am bodging the intakes from a Revell Su-27 to make the T50 intakes. Here the inner wall is added.

The outer sides of the intakes - cut down from the Revell parts.

Port side intake almost completed - it still needs a bit of 'fettling'.

This view of the starboard intake shows the two side walls - cut down from the Revell kit.

I can even use the Hobby Boss F-22 canopy - suitably cut down.

The horizontal stabilators will be carved from thick plastic card. 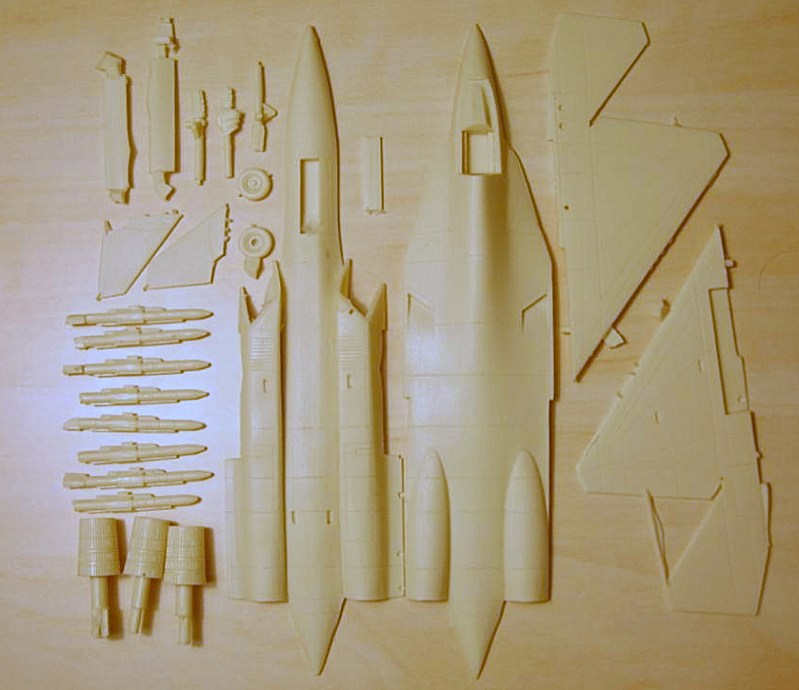 The 'gubbins' under the wingroots - possibly housing IR missiles.

Hasegawa Su-27 mainlegs - modified to have an angled top section.

It still needs more work - and tidying up!