These kits are superbly cast in grey resin with no sign of air bubbles. Packaging is comprehensive with the parts contained in separate poly bags.

They come complete with detailed build instructions with colour notes, decal sheets are by Begemot

and, where appropriate, spare vacform canopies are included. 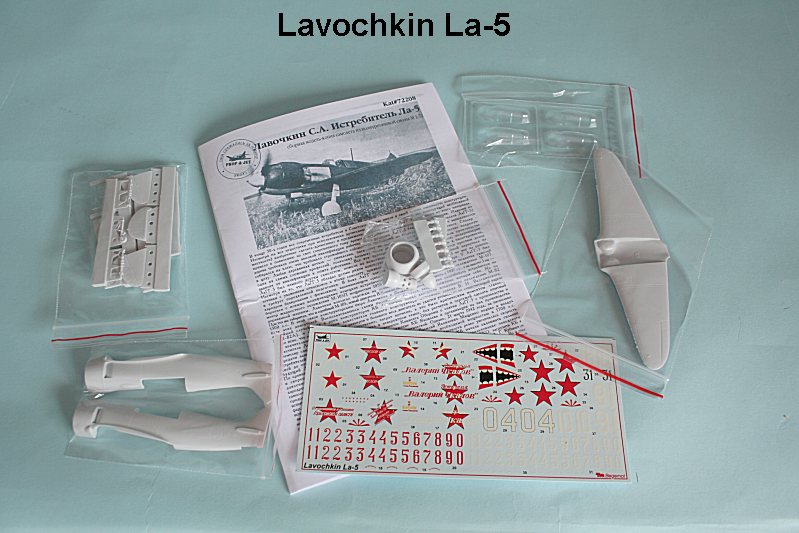 The La-5 has early and late style tailwheels and canopies (2 of each) plus multiple marking options. 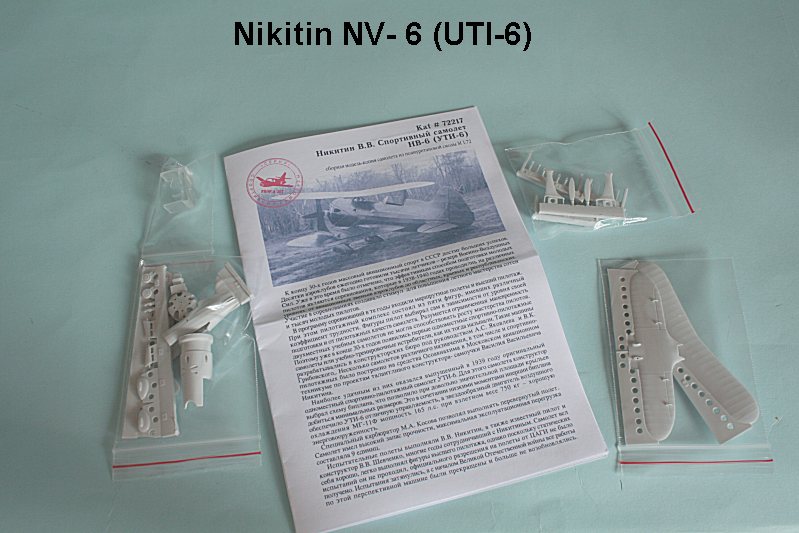 This tiny sports aircraft carries no markings and is painted red with a black cowling.

A rigging diagram is included and the windscreens are cast in clear resin. 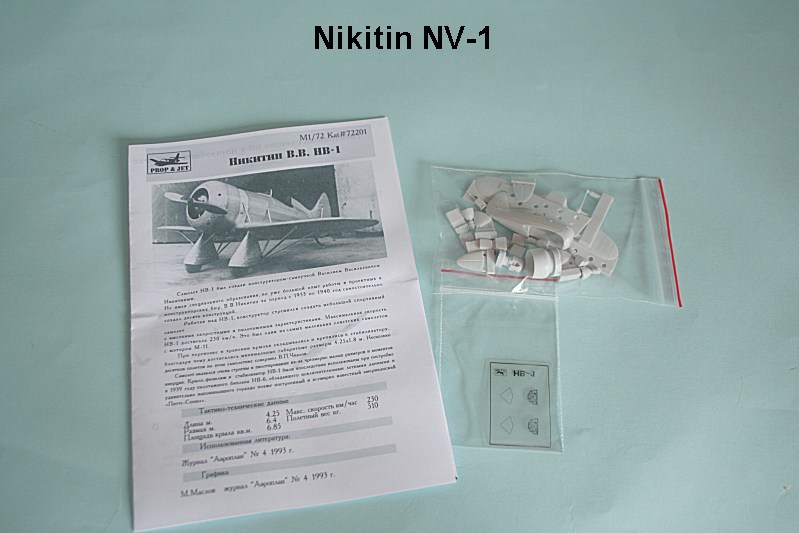 The diminutive NV-1 Sports Racer was inspired by US racers. 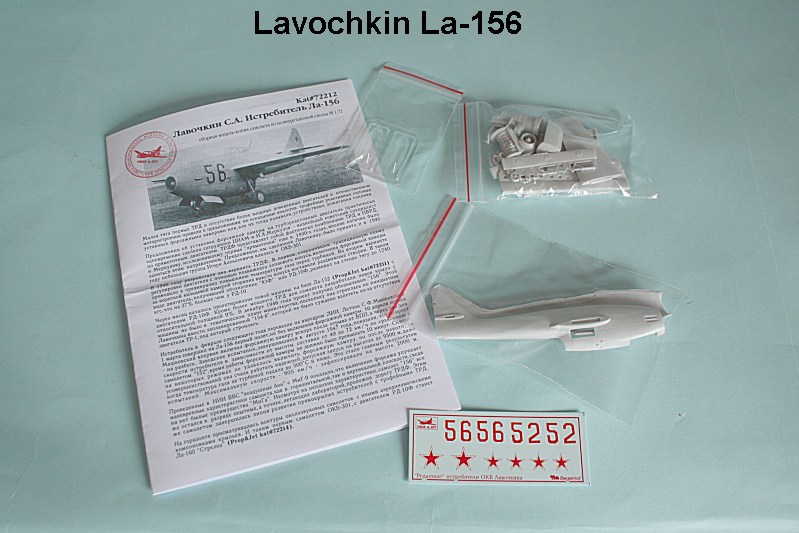 Only two examples of the La-156 were built - powered by an afterburning RD-10F jet engine. 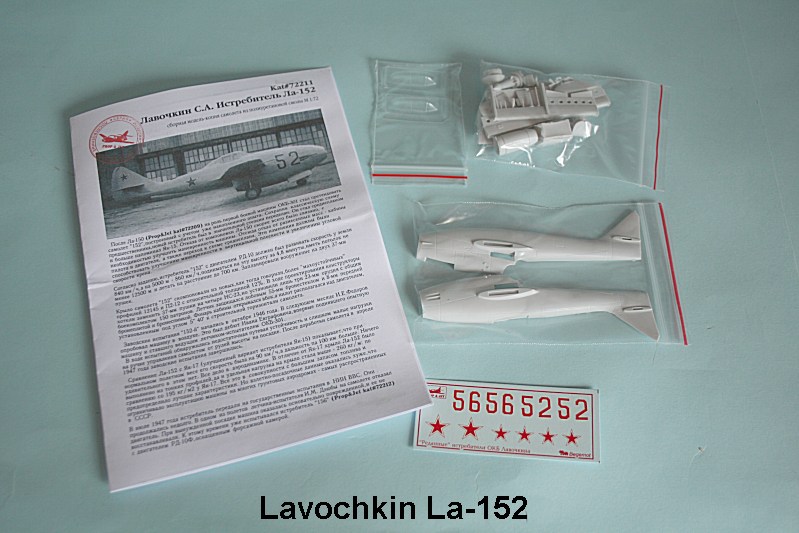 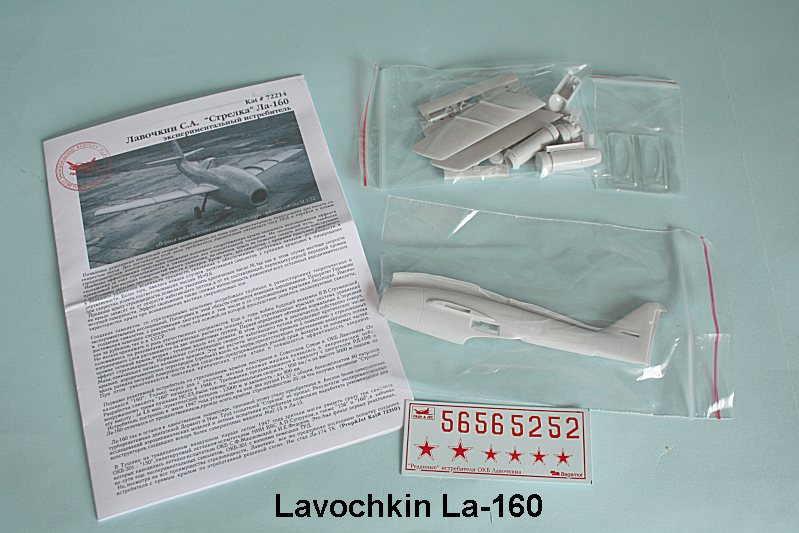 The La-160 was the first Soviet swept-wing aircraft. 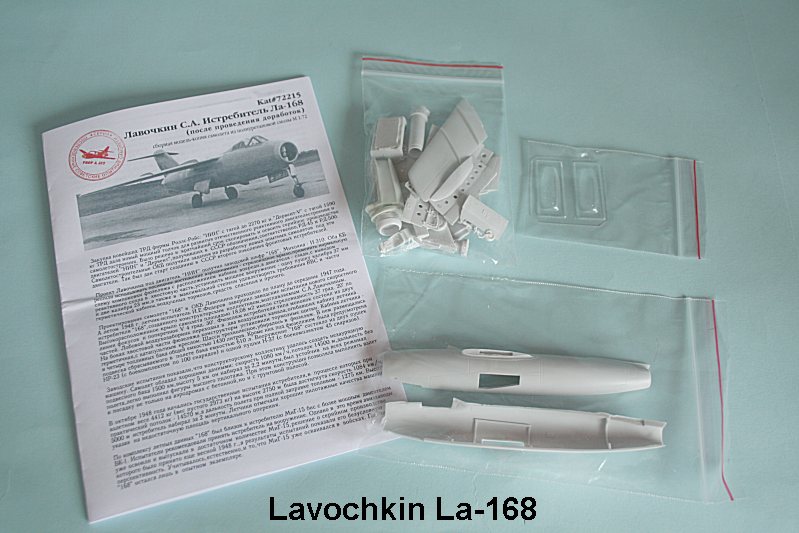 The La-168 was the first Lavochkin jet fighter to break away from the 'pod-and-boom' style fuselage.

In many ways better than the MiG-15, it never entered service. 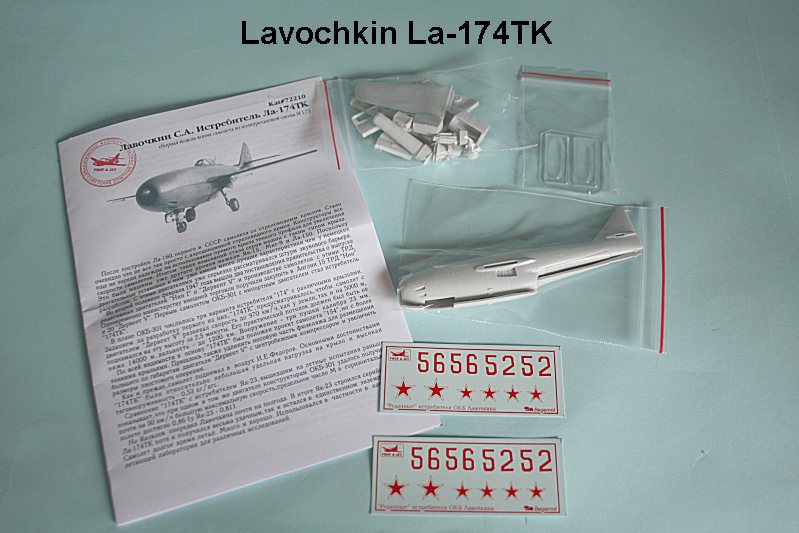 Using an out-of-sequence designation, the La-174TK was basically an La-156 with a thinner wing. 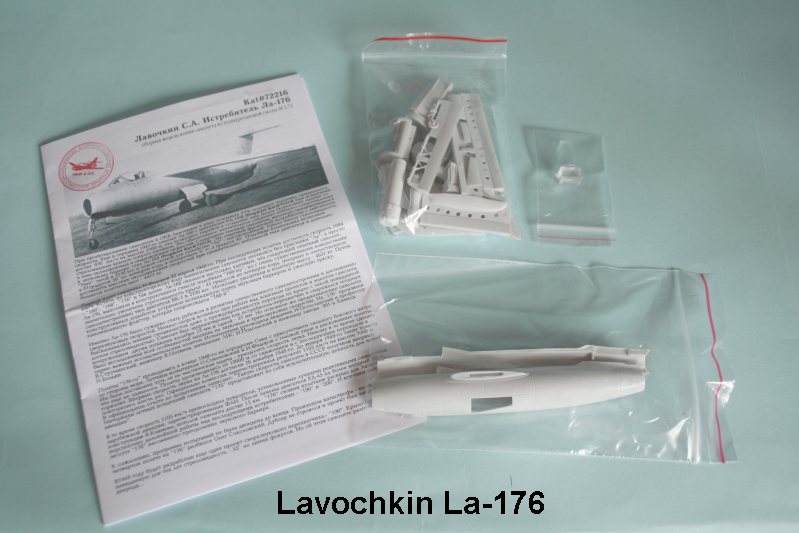 Using many features borrowed from the successful La-15 fighter, it achieved Mach 1 in a shallow dive.

The canopy on this kit is cast in clear resin

Prop and Jet's website is:- http://propjet.ucoz.ru/ , they are stocked in the USA by LindenHill