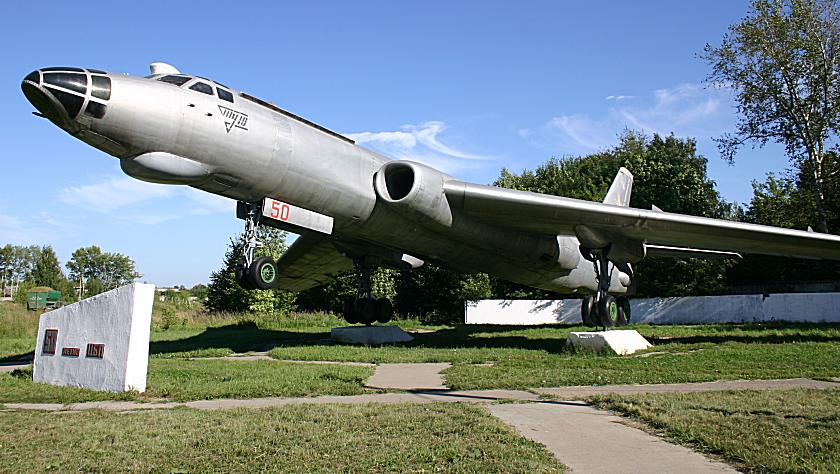 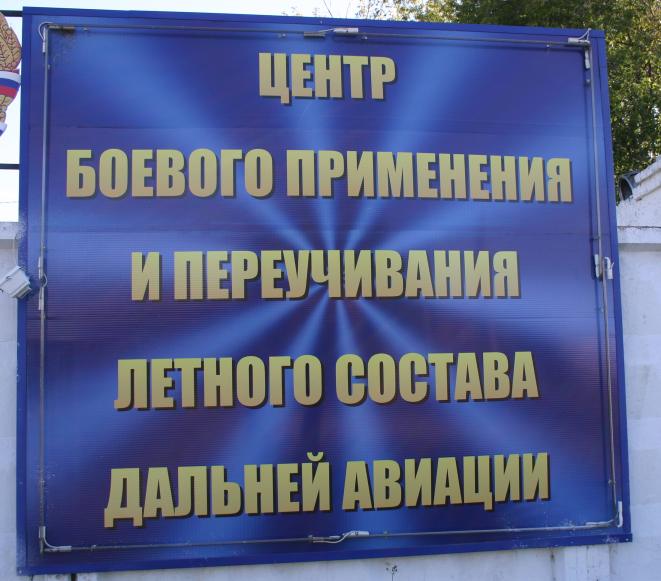 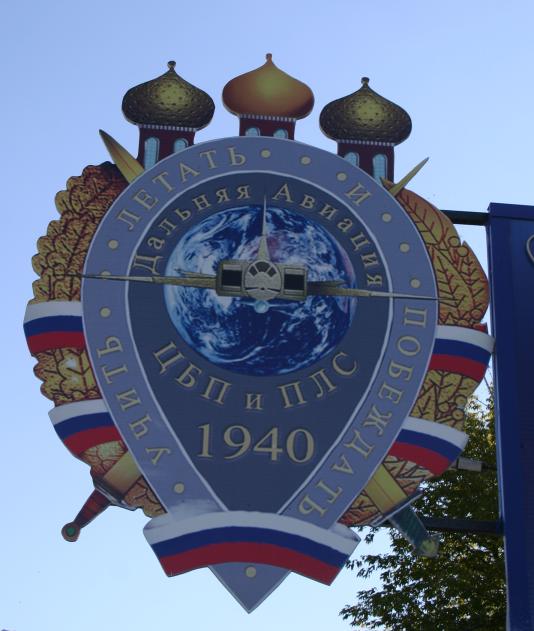 Another sign over the gate - the outer writing I think translates as 'Teach to Fly and Overcome'? 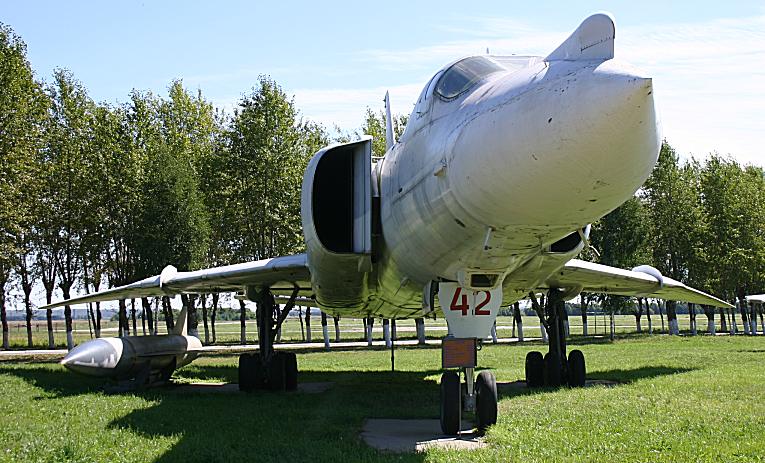 Into the museum proper - Tuplolev Tu-22M2 'Backfire-B' with Kh-22 missile (NATO AS-4 Kitchen) under the starboard wing.

Tu-22PD - jammer variant of the Blinder. 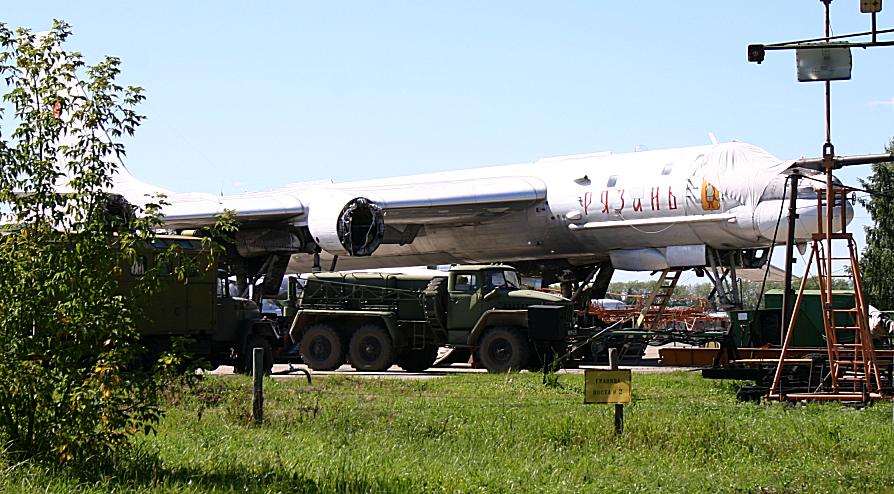 Off to the side - on the live ramp - this Tu-95MS was being worked on. It bears the crest and name of the city of Ryazan.

Interesting Tu-22M3 'Backfire-C' - this is the one-off machine fitted with the same NK-32 engines as the Tu-160 Blackjack.
Note the four rows of auxiliary blow-in doors in the centre - the 'standard' Backfire has only three rows of doors. 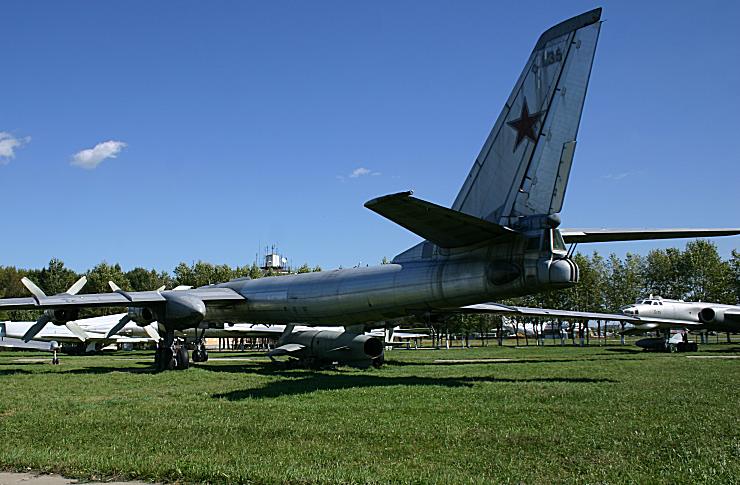 I don't know if this Tu-95MS was being worked on - or cannibalised! 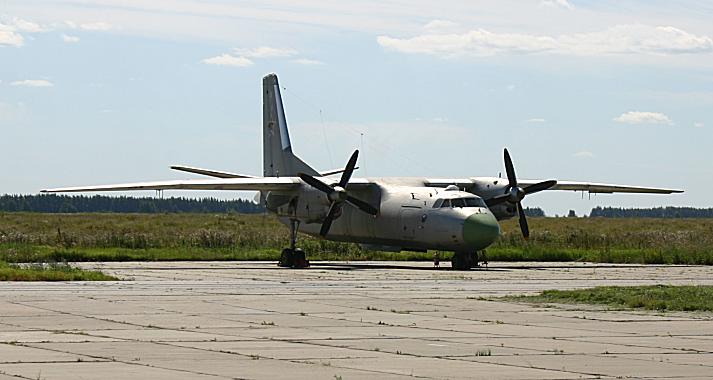 This Antonov An-24 was sitting on the ramp off to the side. 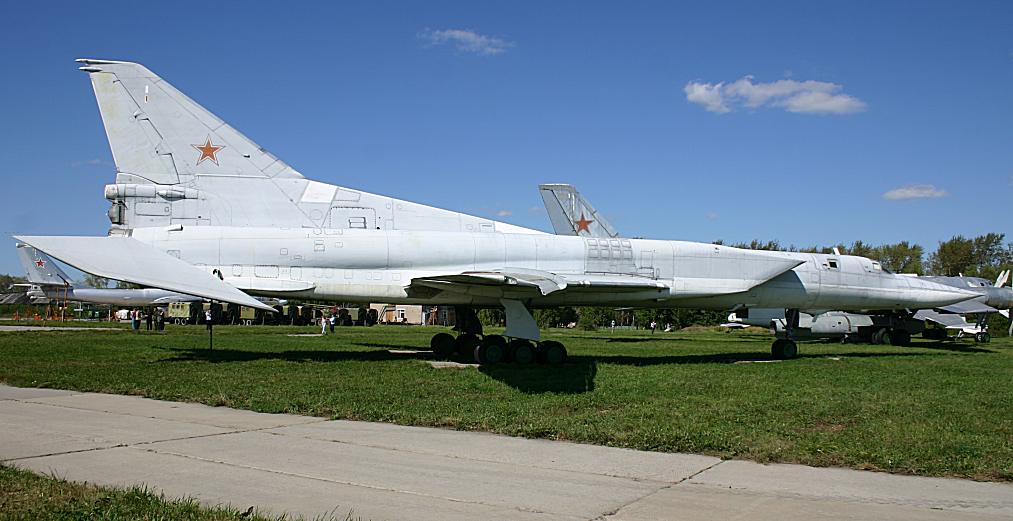 This An-26 was being worked on.

A shot up the centre of the museum display area. 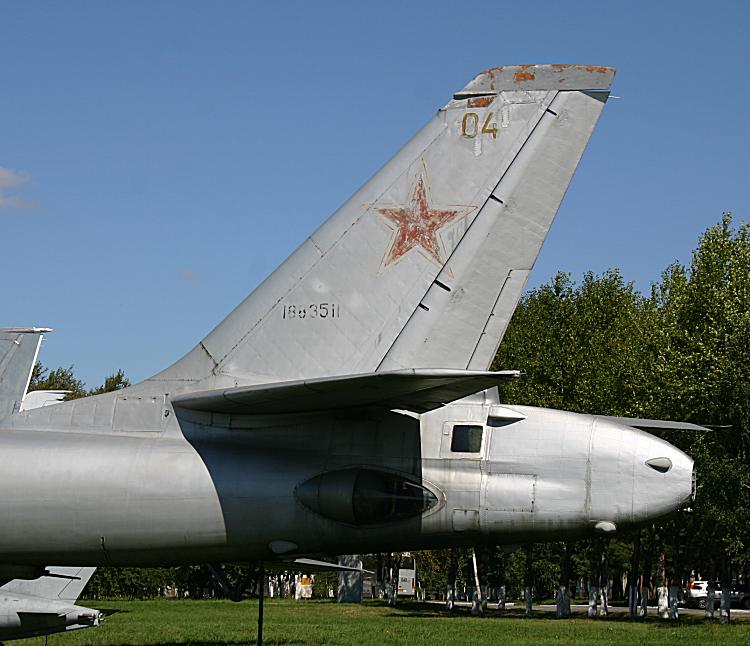 A closer view of the Tu-16R showing the large 'Sirena' jammer in the tail. 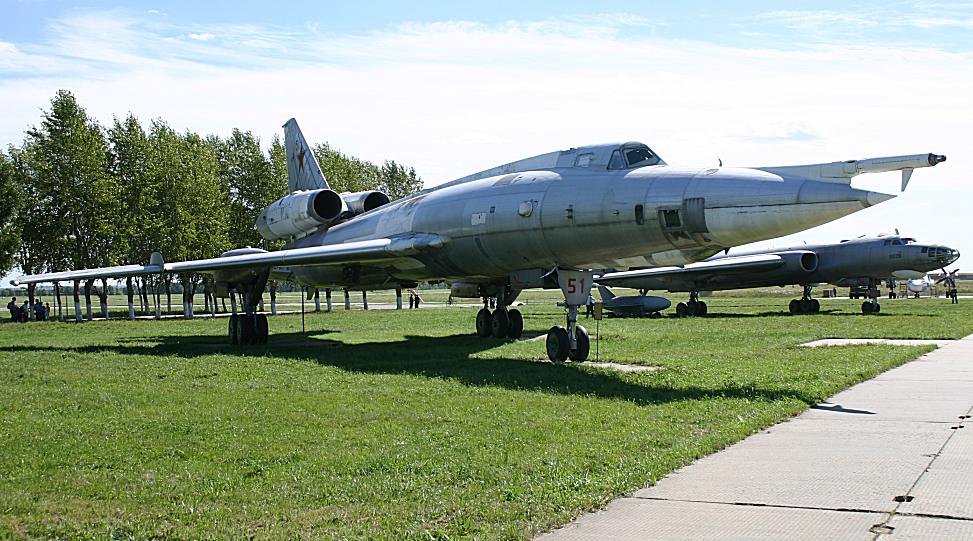 Another view of the Blinder..... 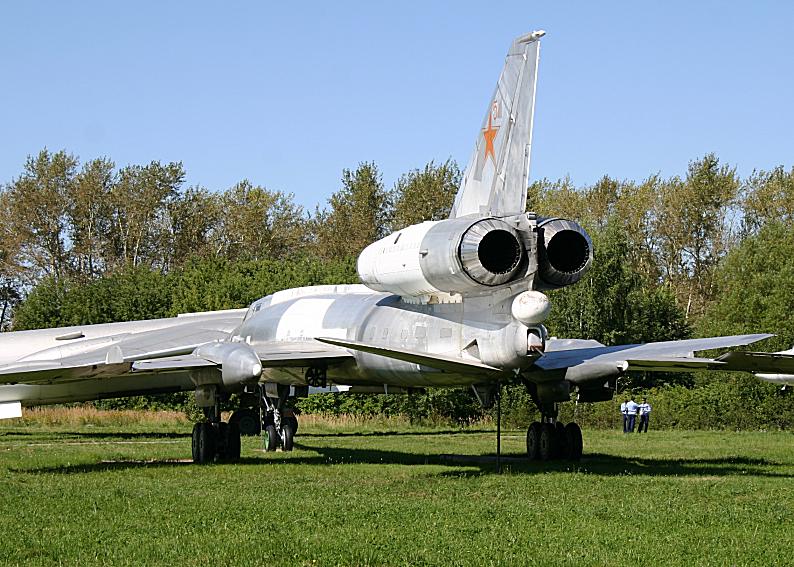 Rear end of the Tu-22 Blinder. 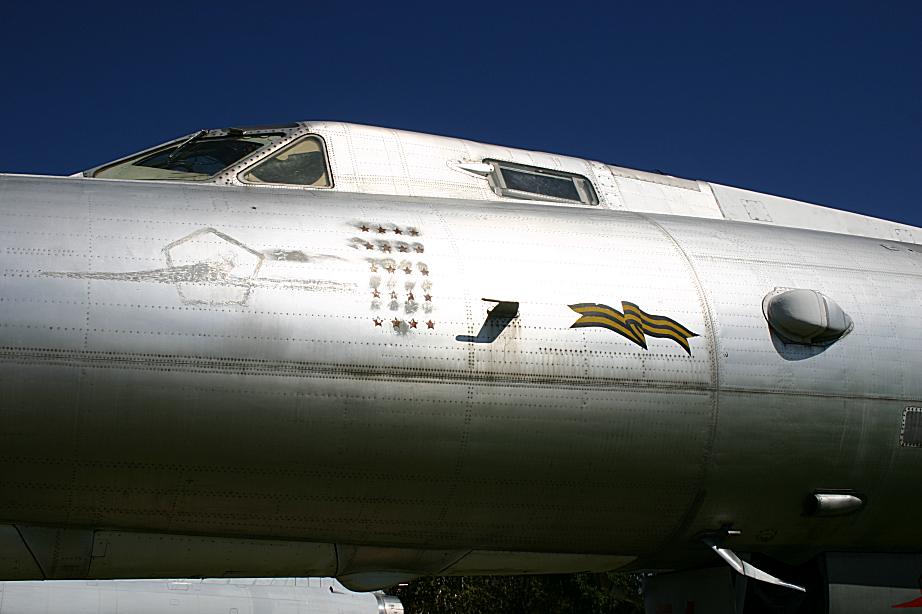 Closeup of the mission symbols and scrubbed-out 'excellence' badge on the Tu-22 Blinder. 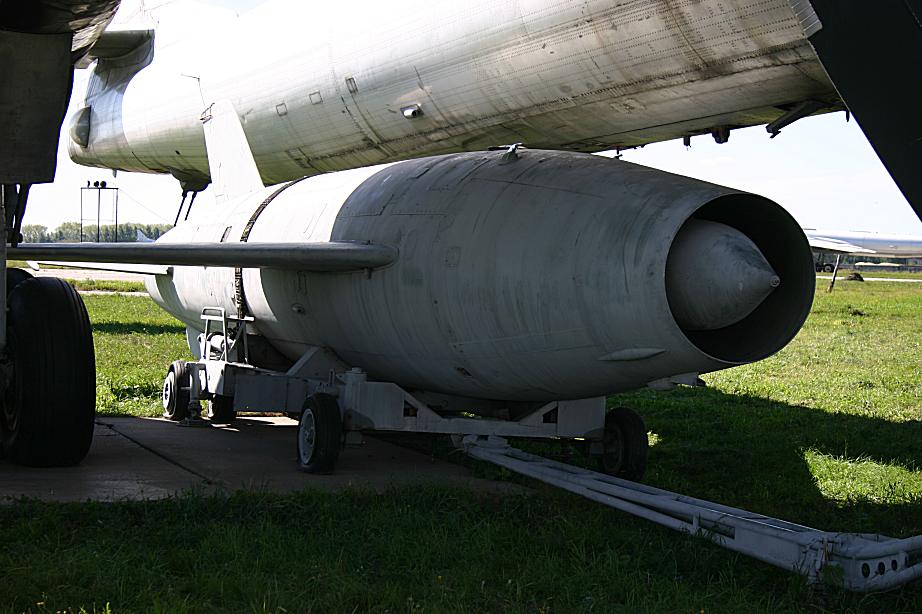 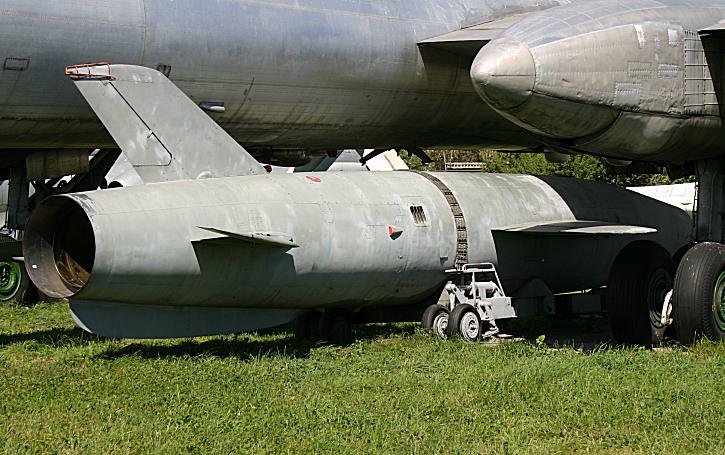 Another view from the rear. 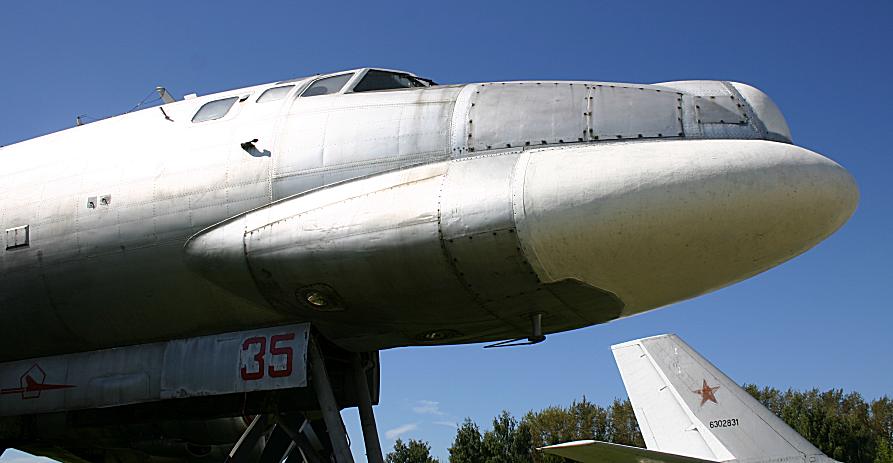 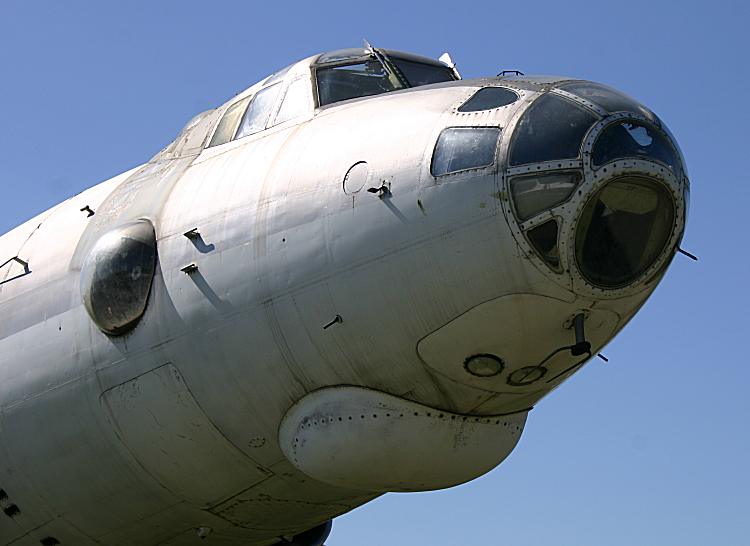 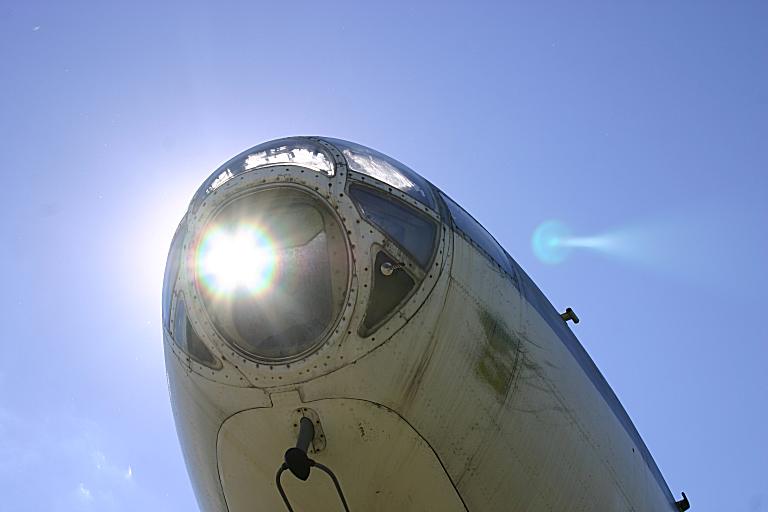 Arty shot of the Bison's nose. 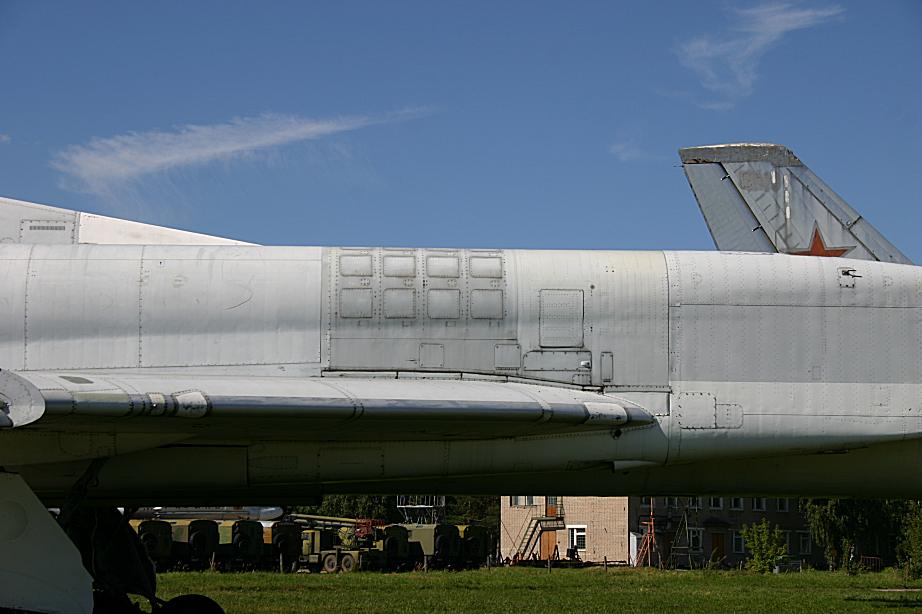 The four rows of auxiliary doors on the Tu-22M3. 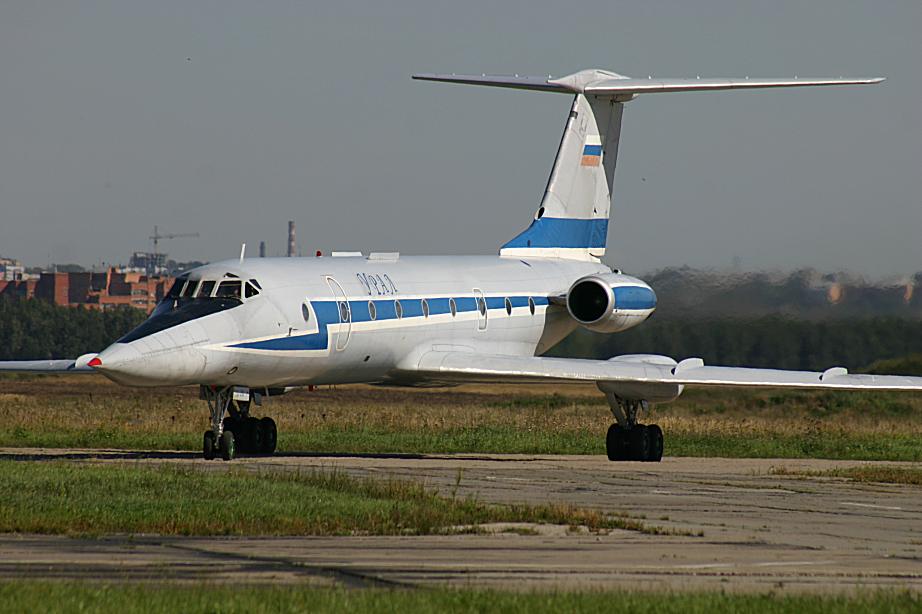 Tu-134UBL pilot trainer with Tu-22M-style nose arriving. This one sports the name Ural above the cheatline. 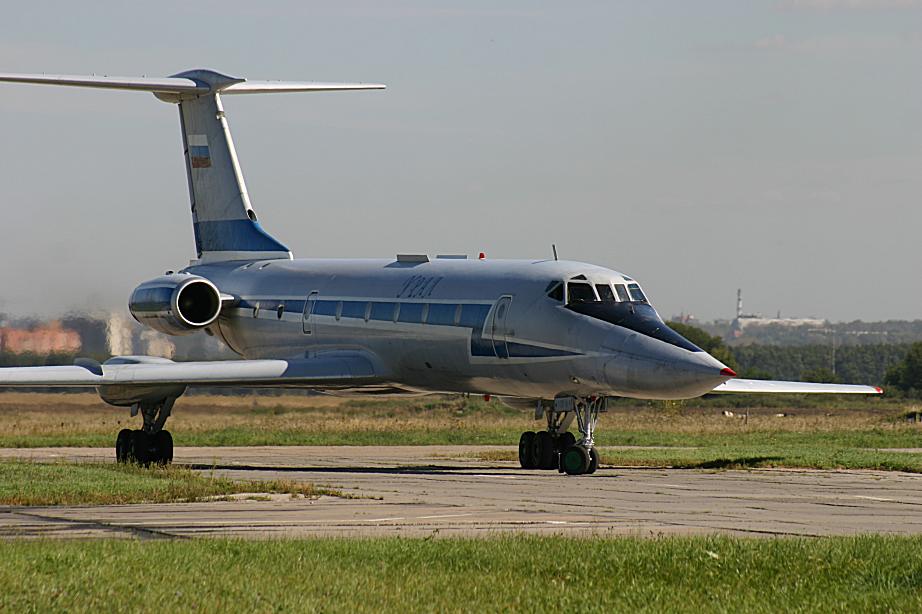 Another view of 'Ural' as it taxies in to its parking slot. 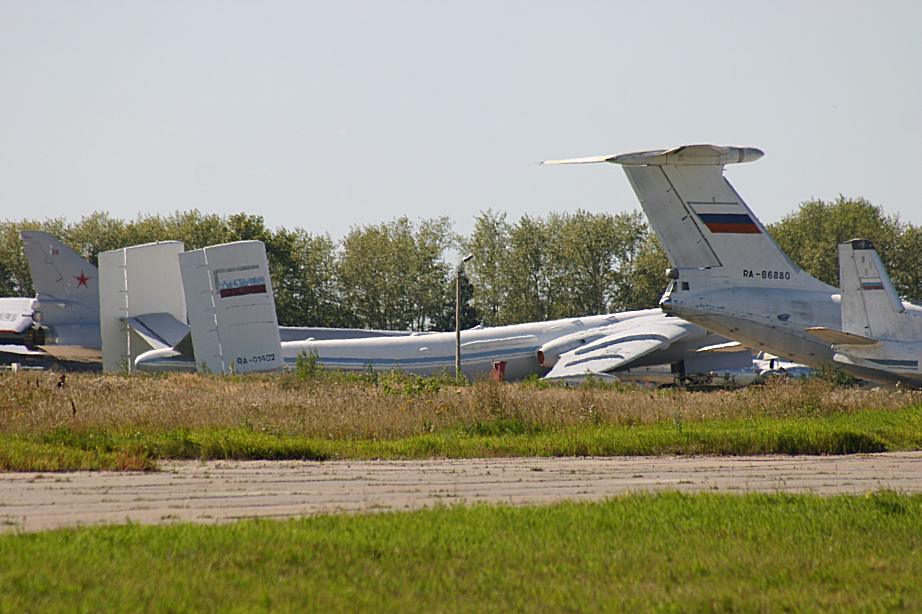 This Myasischev VM-T is on the far side of the airfield - One of only two flightworthy machines built, the other one is at Zhukovsky. 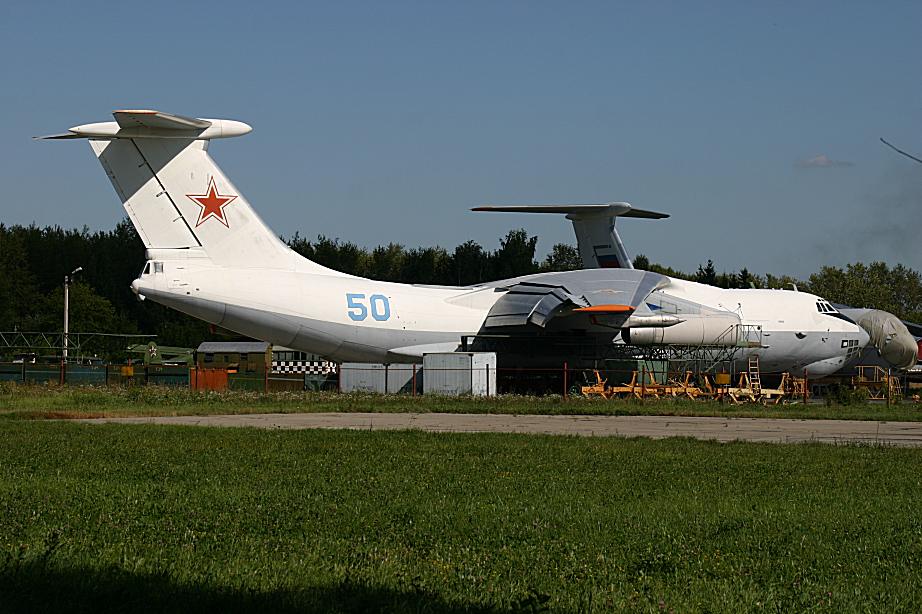 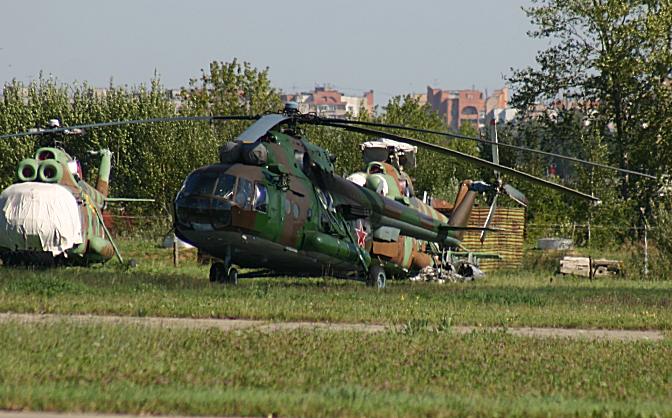 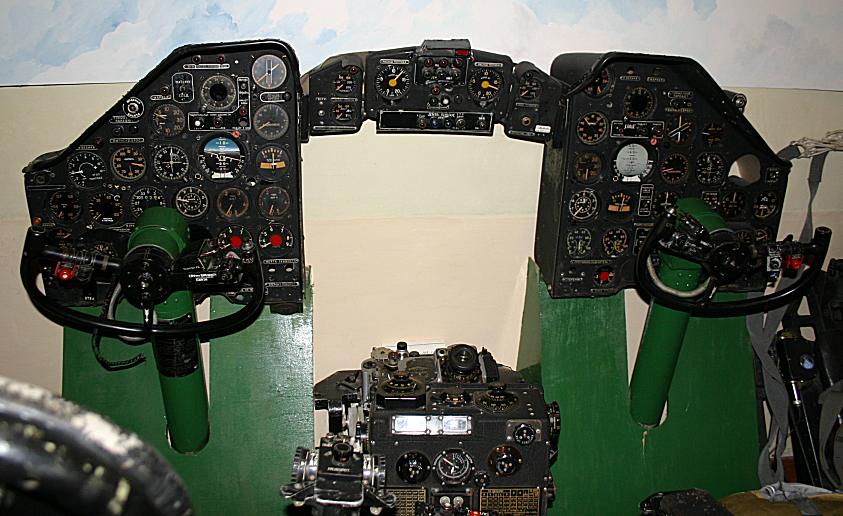 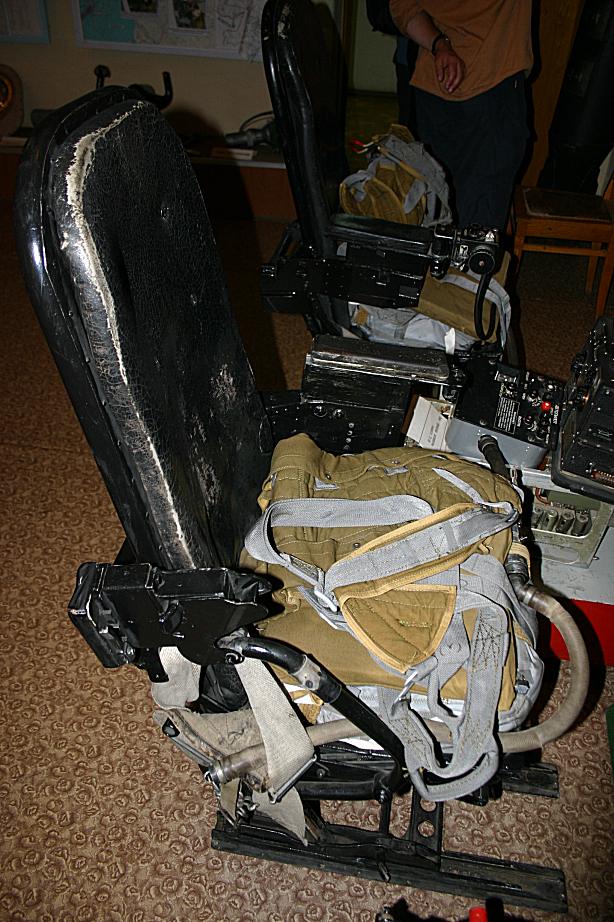 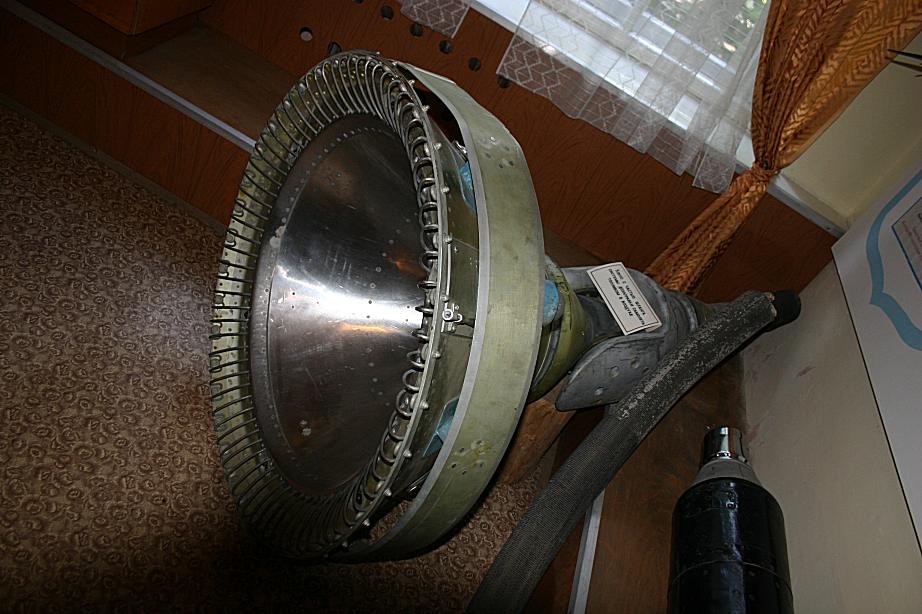 No, not an Elsan pan - but the refuelling receptacle from a Bison. 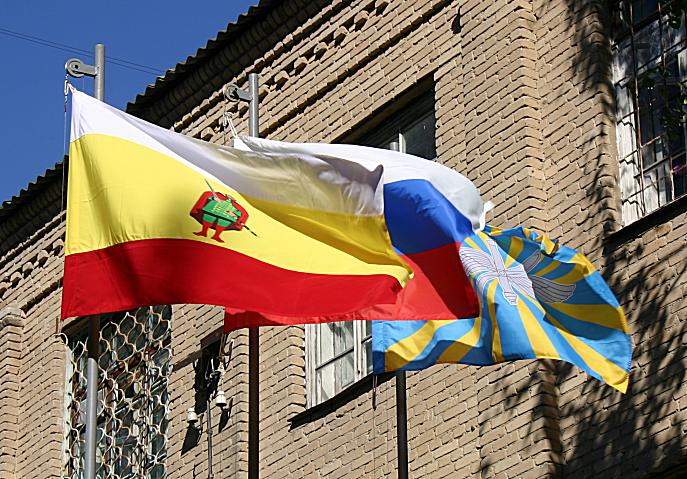 Flags on the way out, from left to right, Ryzan City , Russian Federation, Russian Air Force.