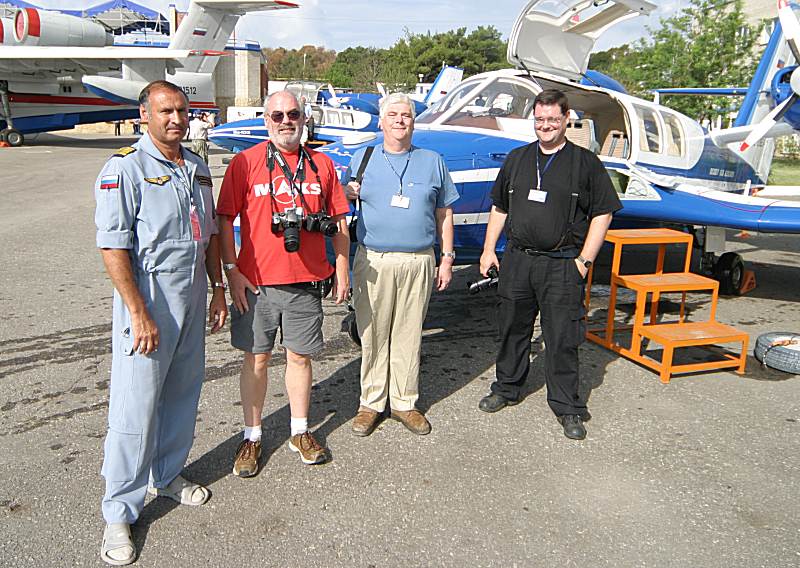 Ready for the flight - pilot, me, Richard & Jonathan. Apart from the pilot, I was the lightest - so I had to go in the back!
The Be-103 is a six-seater, but could only take three fat Englishmen. I think we were on the limit of MTOW. 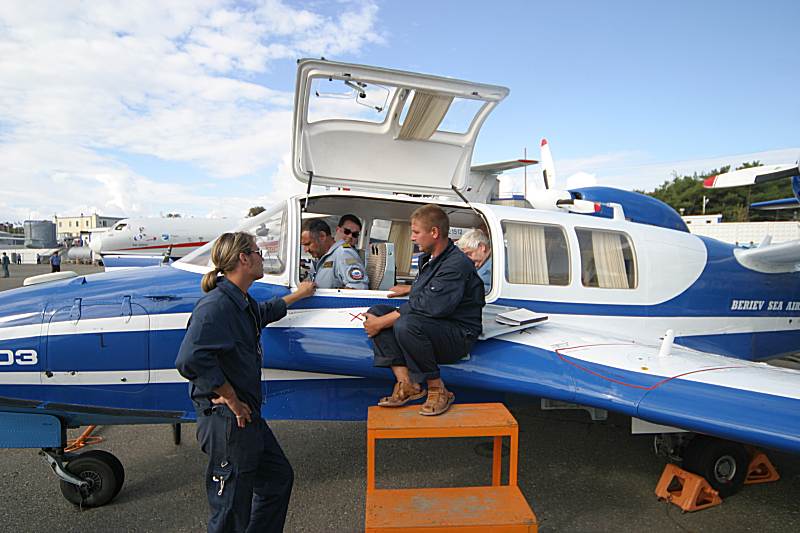 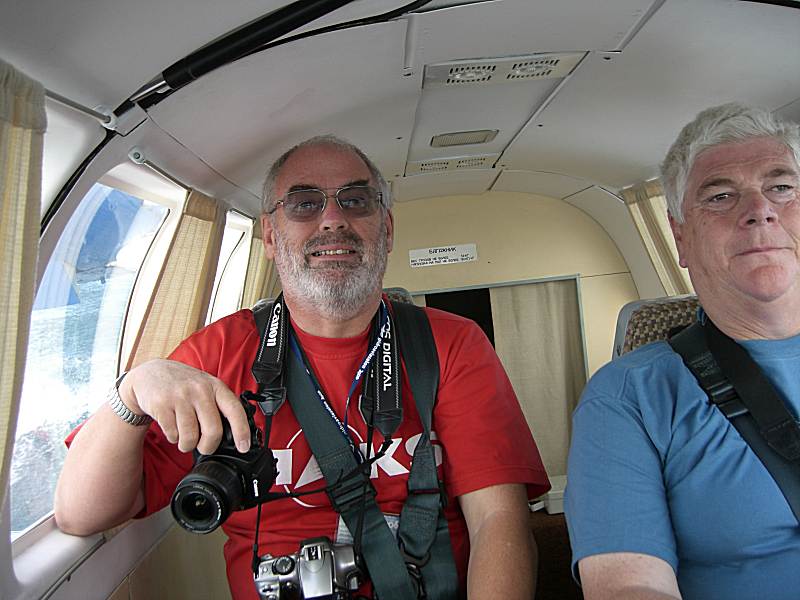 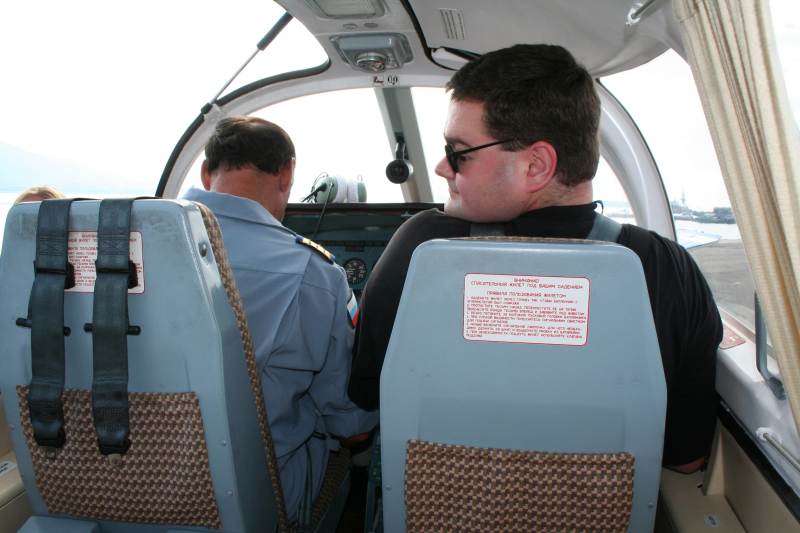 Jonathan up front with the pilot. 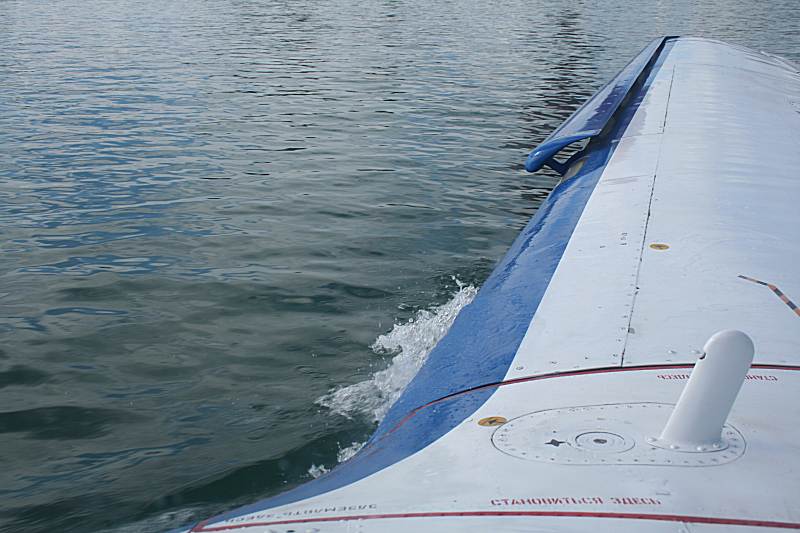 Down the ramp and into the water. It felt strange to be actually sitting on the water...... 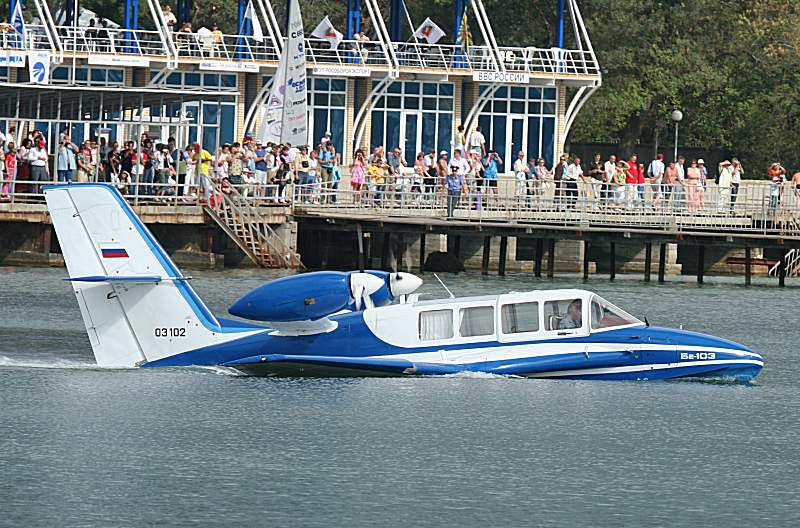 ....this is what it looks like from the outside. 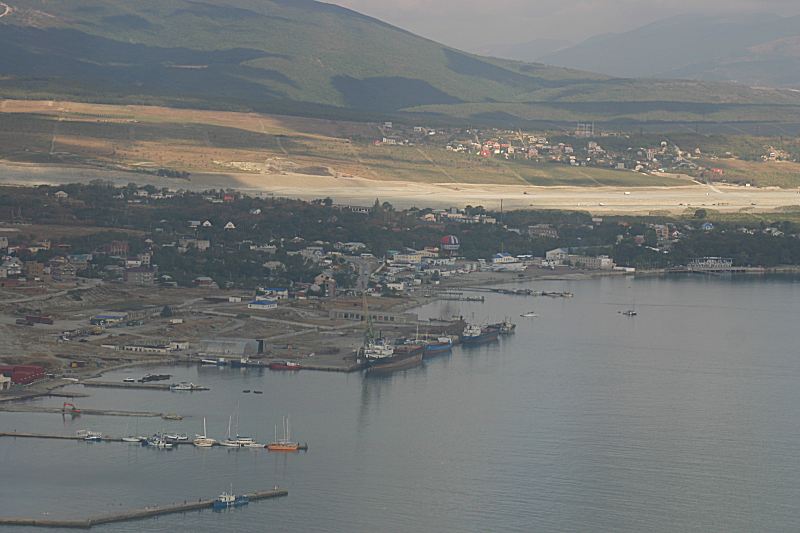 A photo taken during the flight - showing the Hydro ramp in the centre - with the hot air balloon.
You can also see the extent of the construction work on the new airport. The old runway is off to the left. 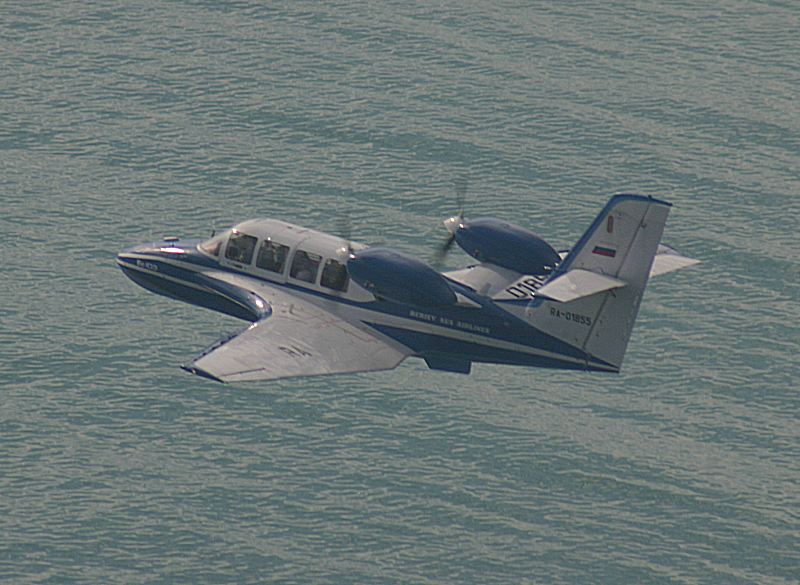 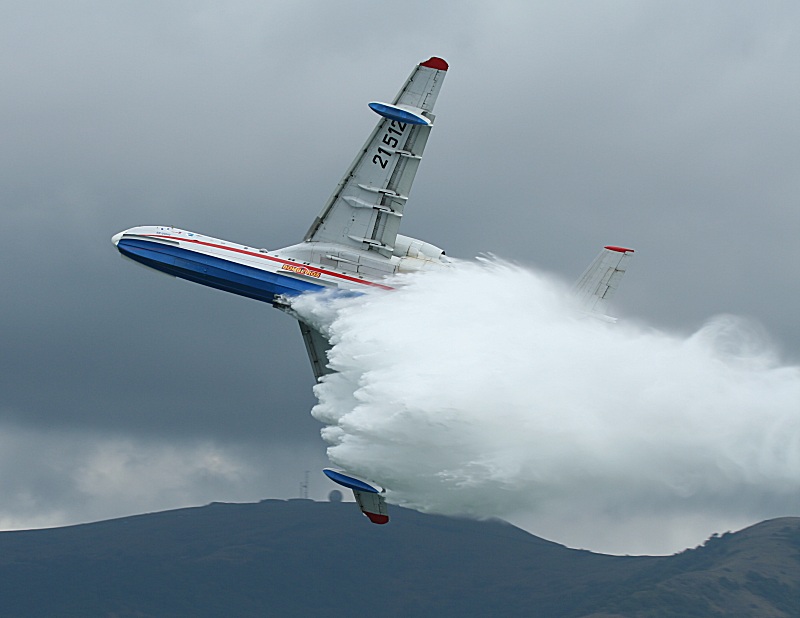 More spectacular water drops from the Be-200 - this machine had recently returned from fighting forest fires
in Portugal - hence the 'Bombeiros' titles in yellow. 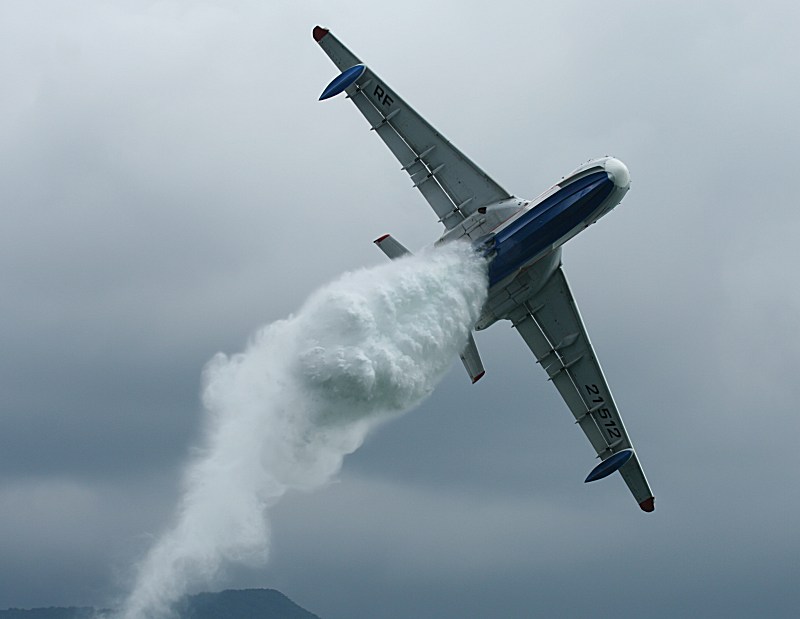 Another scoop, another drop. They didn't colour the water with white/red/blue to make the Russian flag this year. 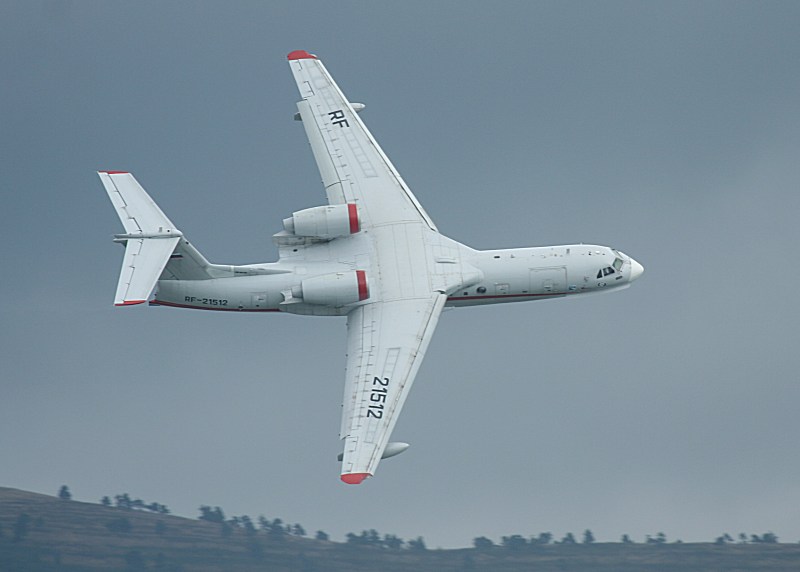 The Be-200 is really quite a sprightly performer. 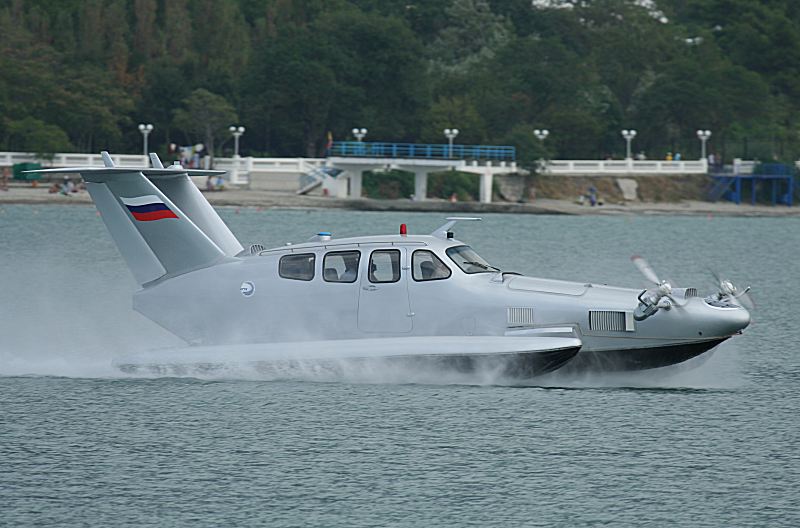 ....an into the water - where it skimmed across the surface on its self-induced air cushion. 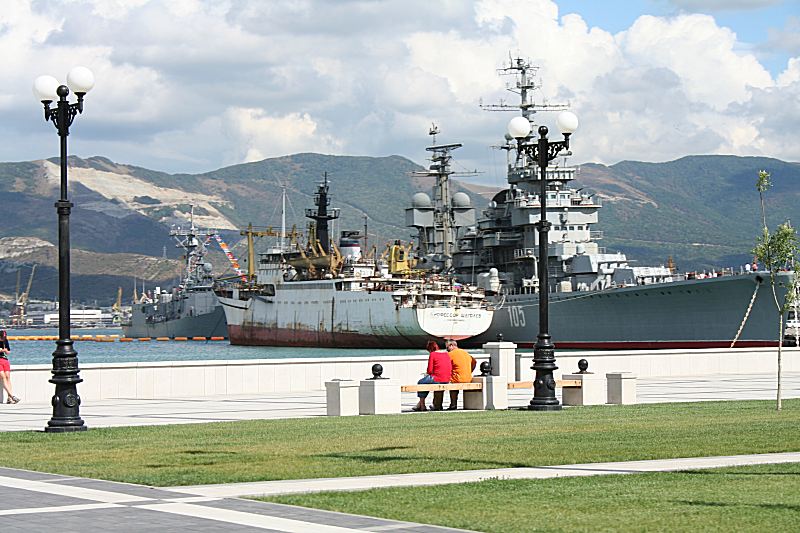 The Sverdlov Class Crusier - Mikhail Kutuzov - note the US Navy warship in the background. 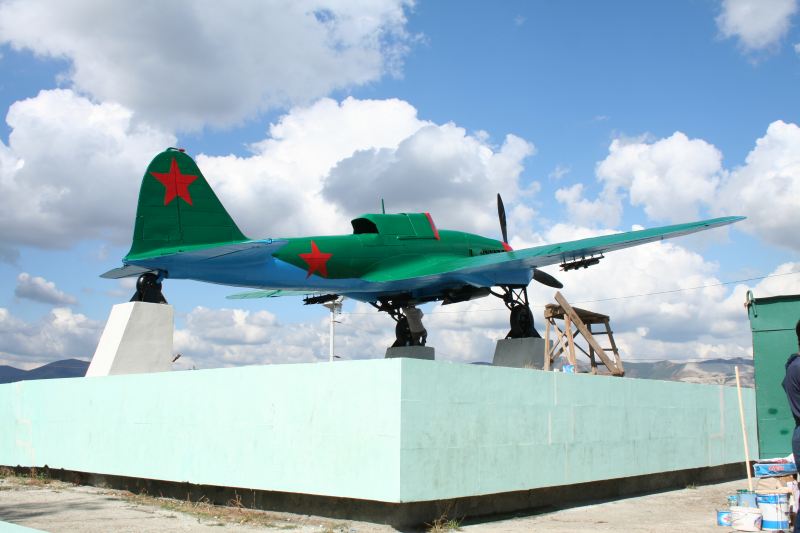 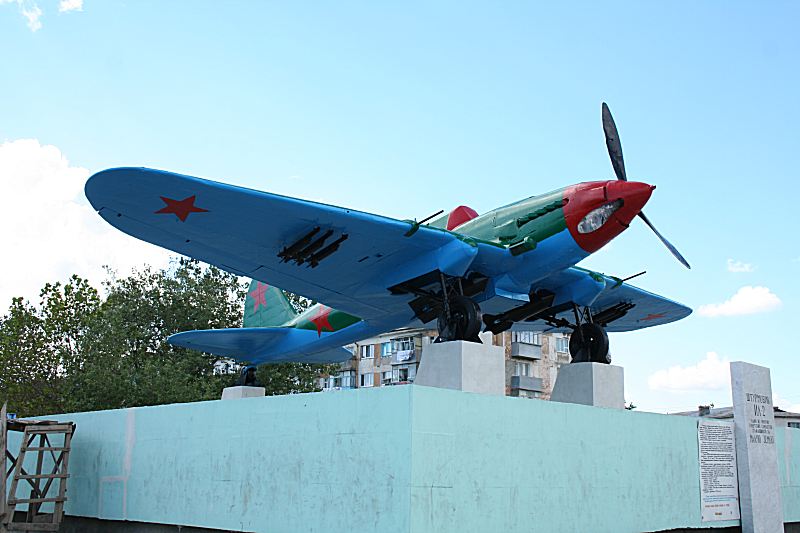 It may be inaccurate, but at least it is being maintained in honour of those who gave their lives in the Great Patriotic War. 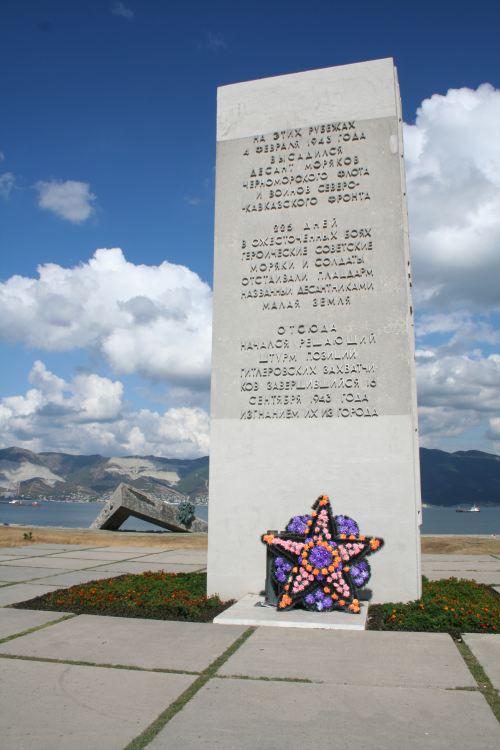 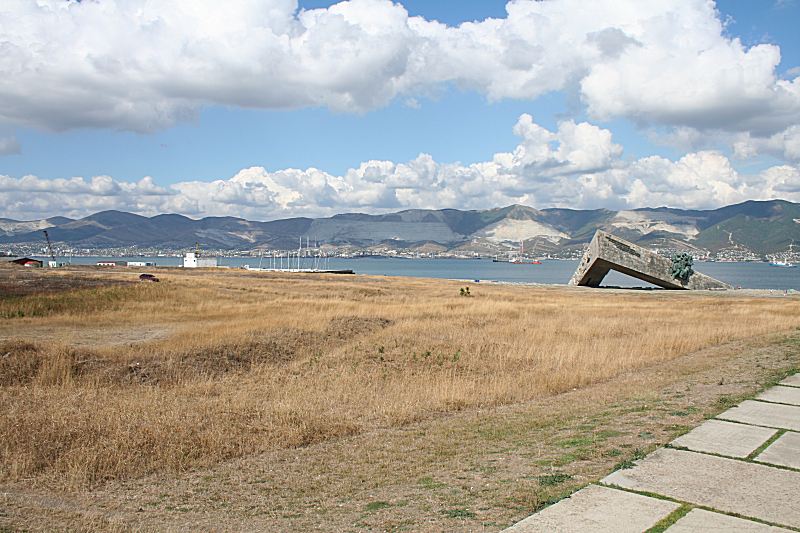 A view  across Novorossisk bay - the cruiser is way off to the left - and Gelendzhik is far off to the right - we travelled all round
the bay in the far distance to get to this memorial - which represents the prow of a ship on the beach. 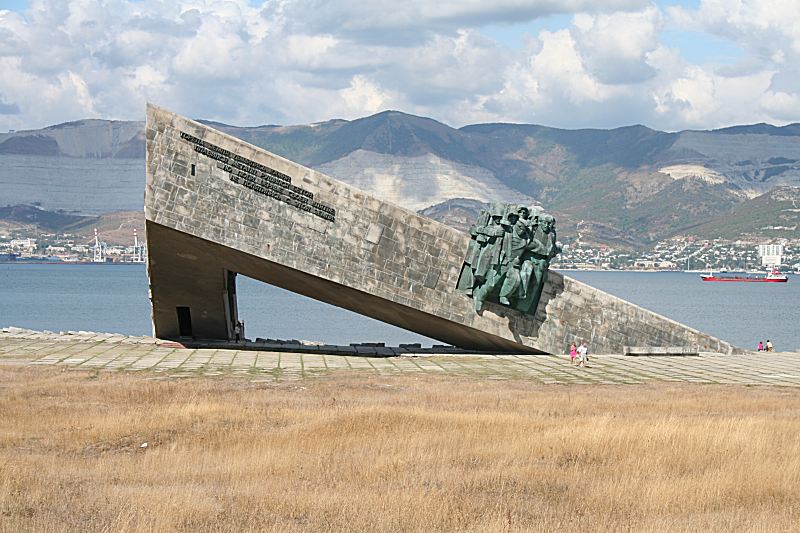 You can guage the size of this huge concrete memorial by the people stood next to it.