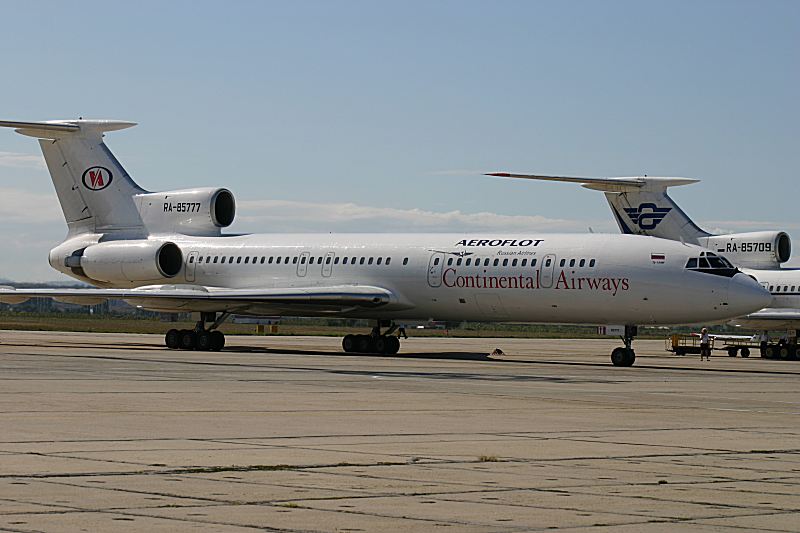 Tu-154M at Anapa airport - complete with Aeroflot & Continental Airways
(not to confused wth the US Continental AIRLINES) titles. 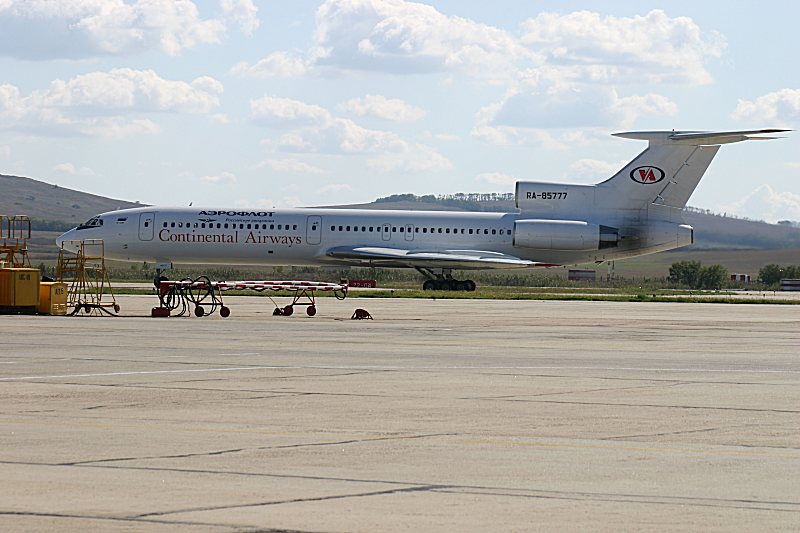 Apparently RA-85777 is an ex-Bashkirian Airlines Tu-154 and it taxied out minutes later. 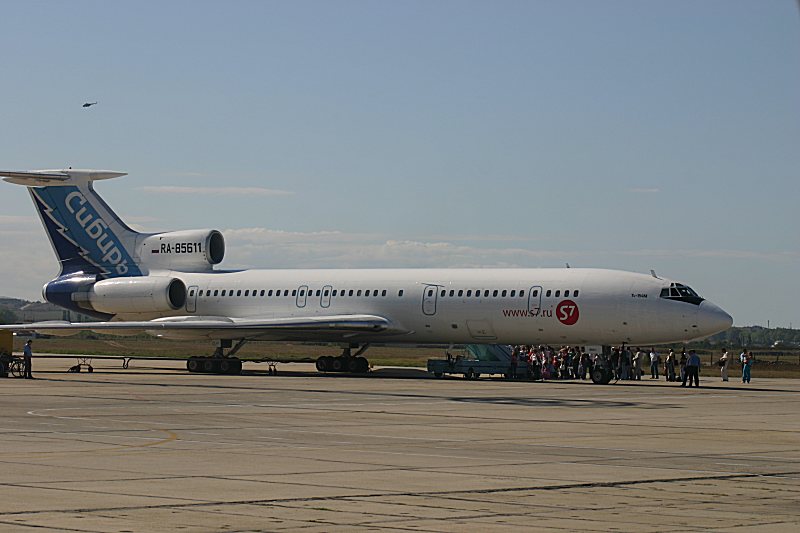 Also on the Anapa ramp, in glorious sunshine, was this Tu-154M of Sibir Airlines.... 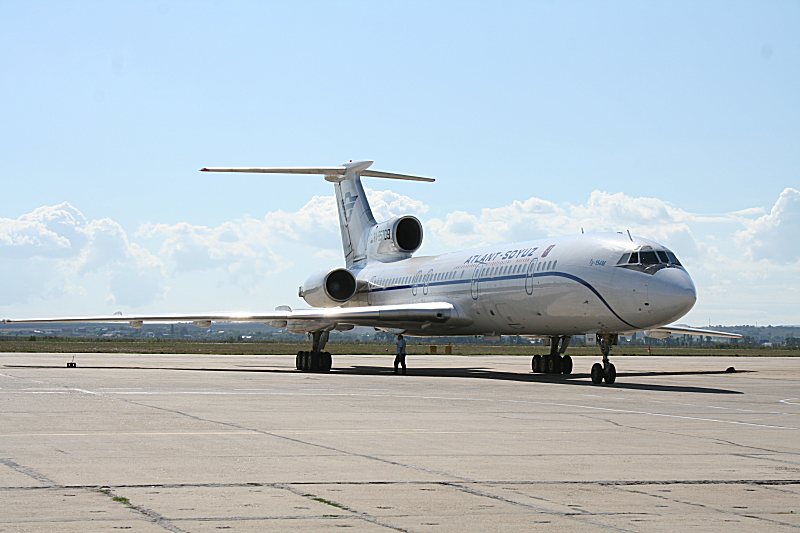 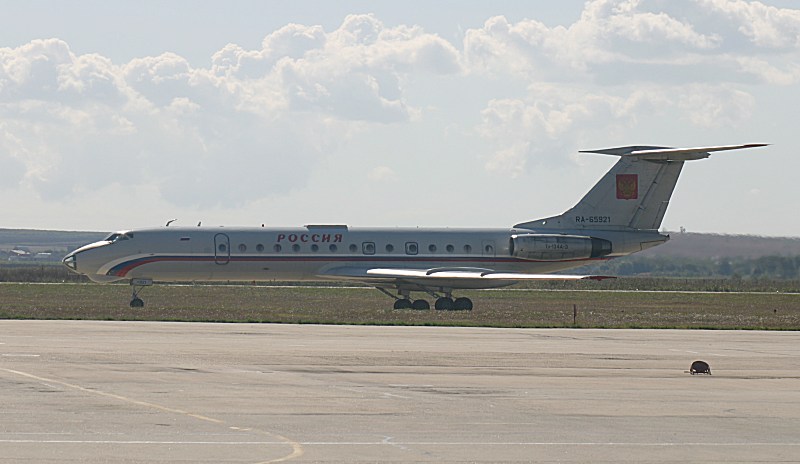 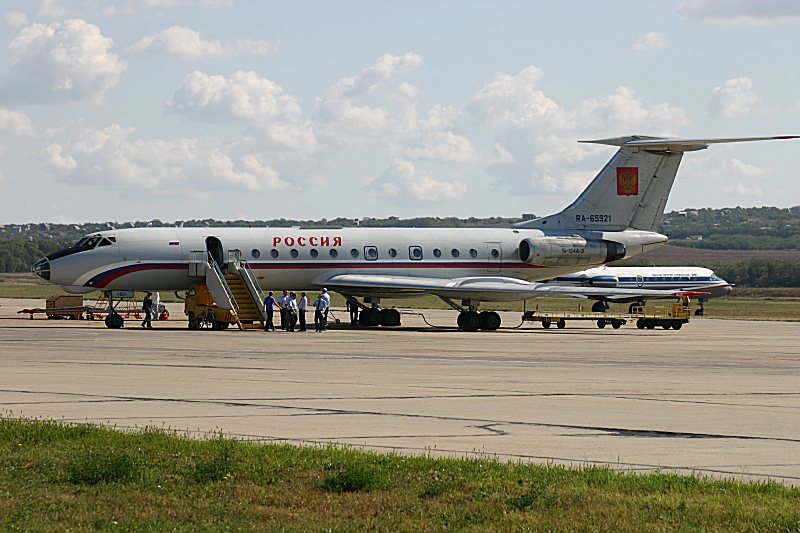 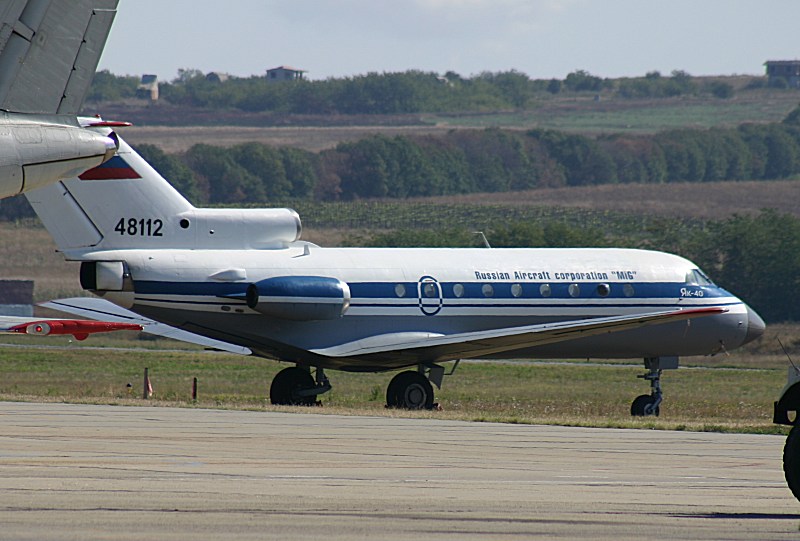 This Yak-40 belonging to 'Russian Aircraft corporation "MIG" was parked on the grass.... 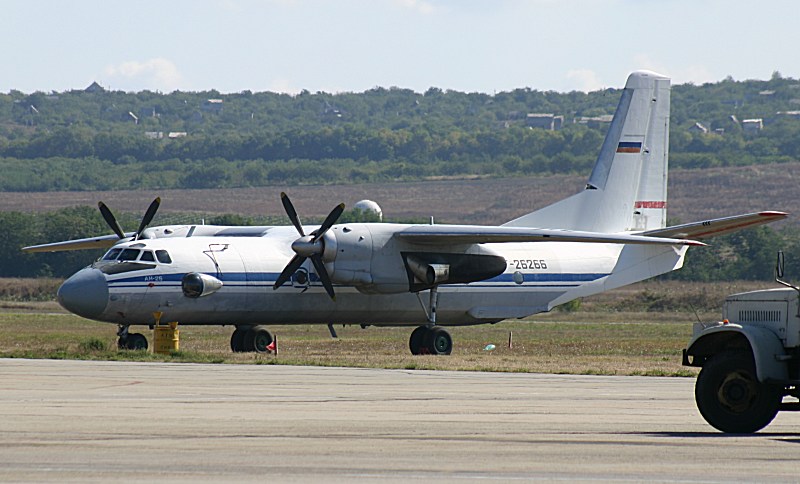 ....as was this An-26B of the Russian Border Guards service - note the red bands on the rudder and tailplane. 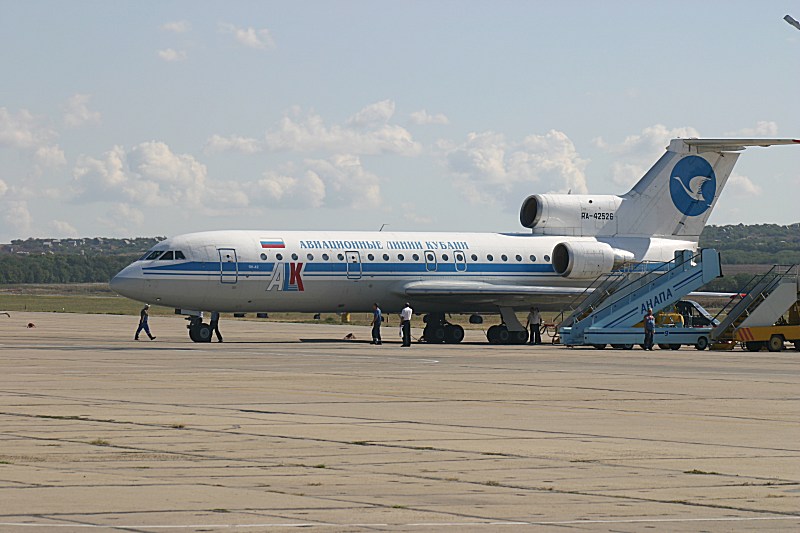 A Yak-42 of Kuban Airlines - in the same livery as the one we had flown in from Moscow to Krasnodar. 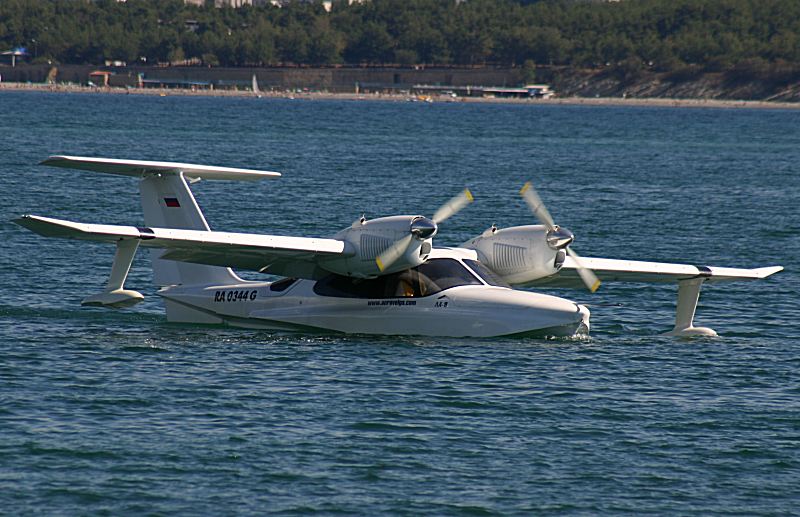 The Aerovolga La-8 had been fixed and took to the water for its display.... 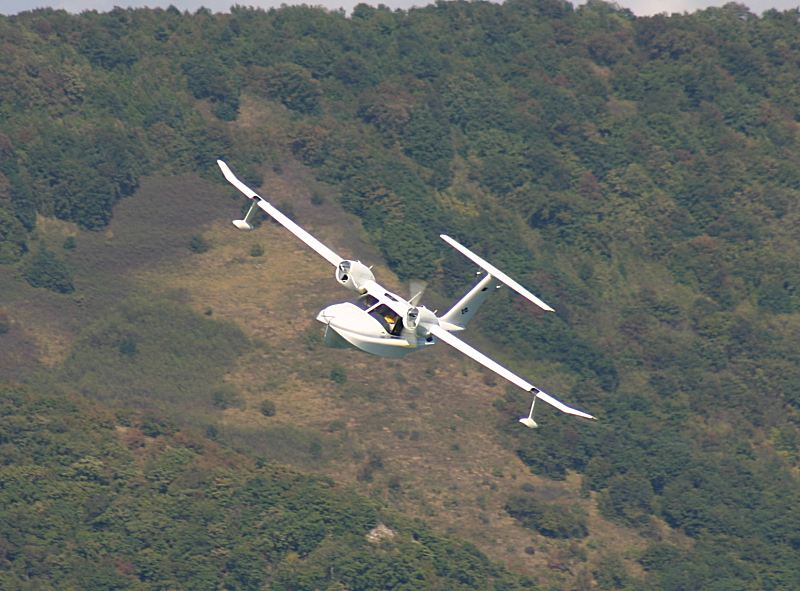 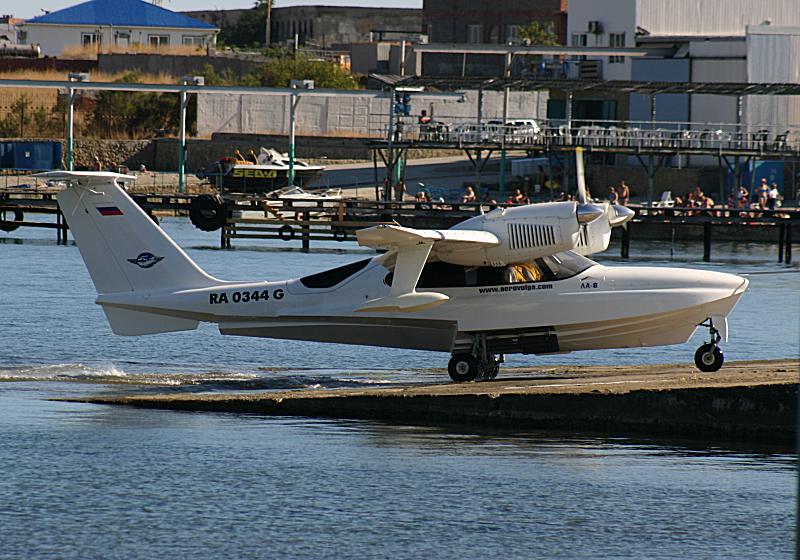 This time it had no problems on the ramp!