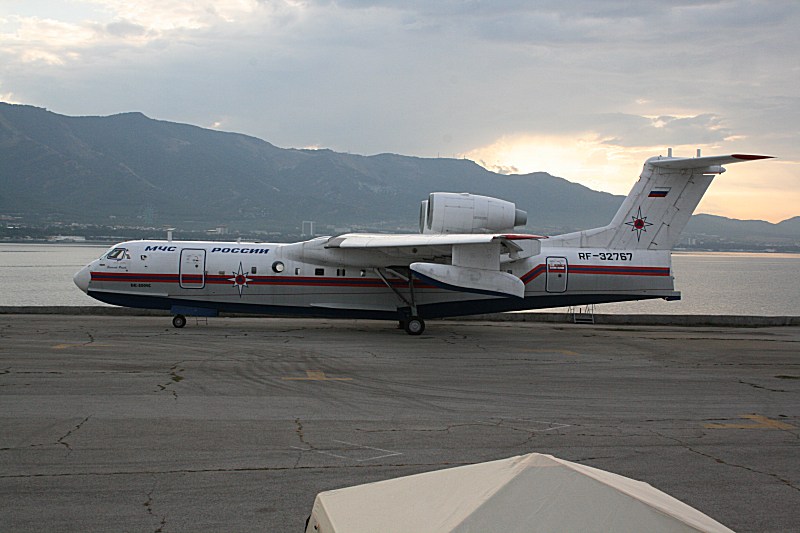 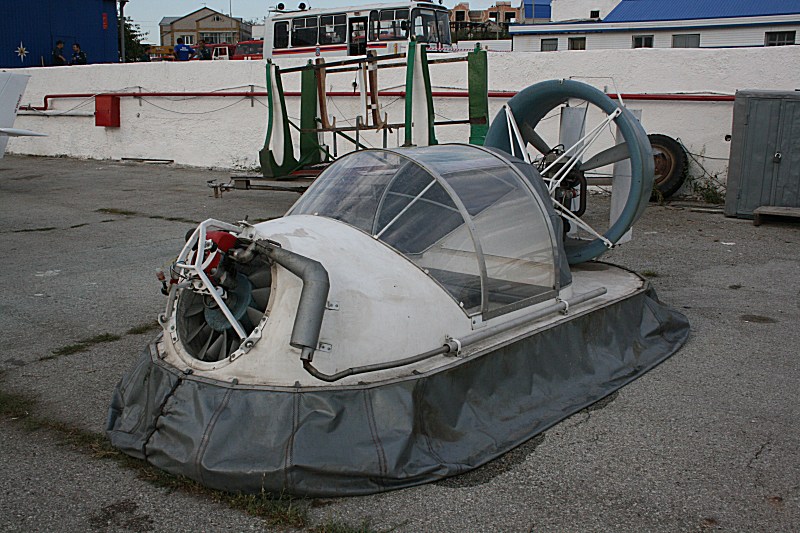 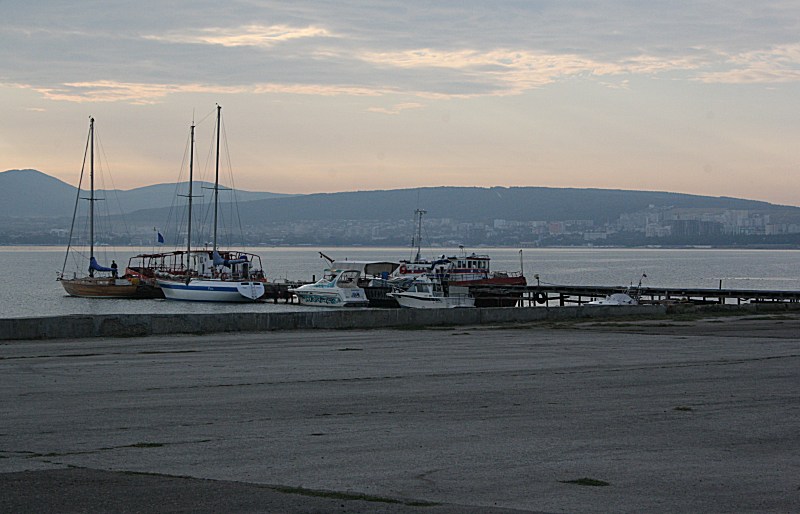 The jetty was deserted.... 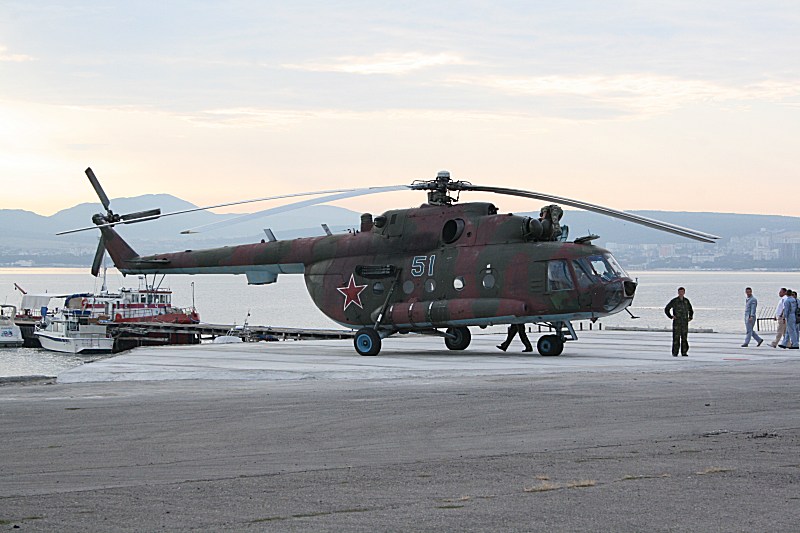 The Mi-8 was being prepared for its ferry flight to Krimsk. 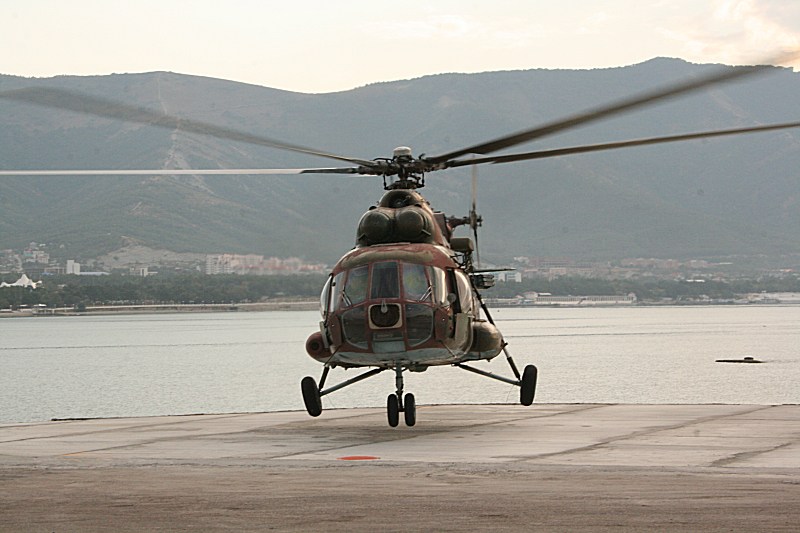 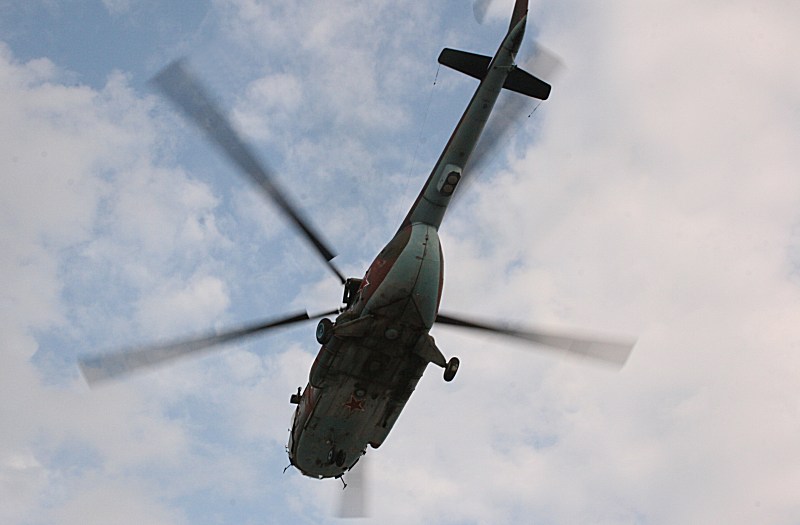 This time he banked to starboard away from us - it was still windy though! 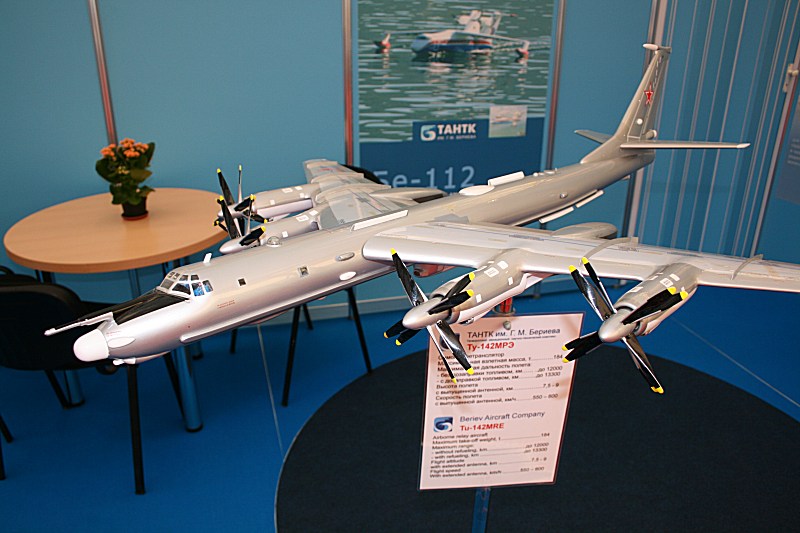 Time for a last wander around the pavillion. This model of a Tu-142MRE was on the Beriev stand. 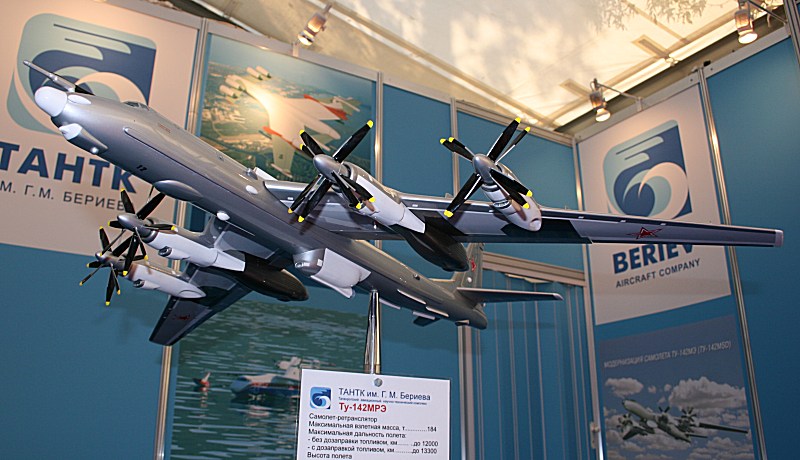 Underside shot of the Tu-142MRE model. 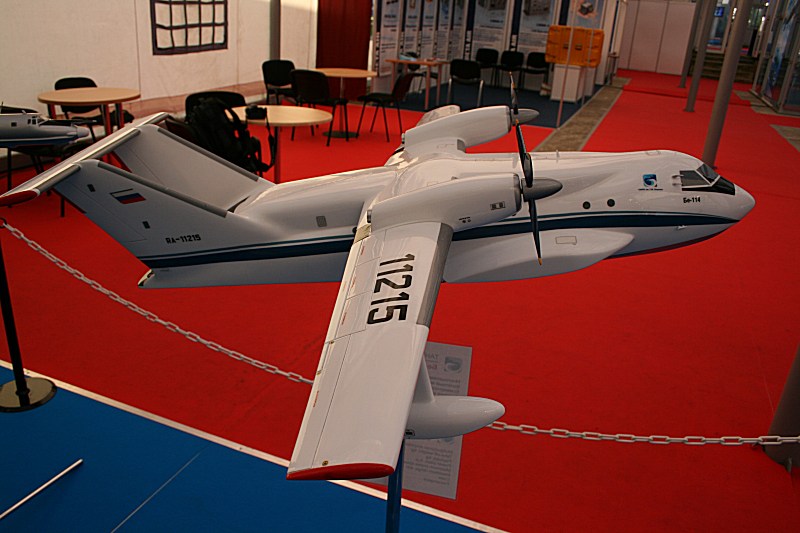 Model of a Beriev Be-114 amphibian project. 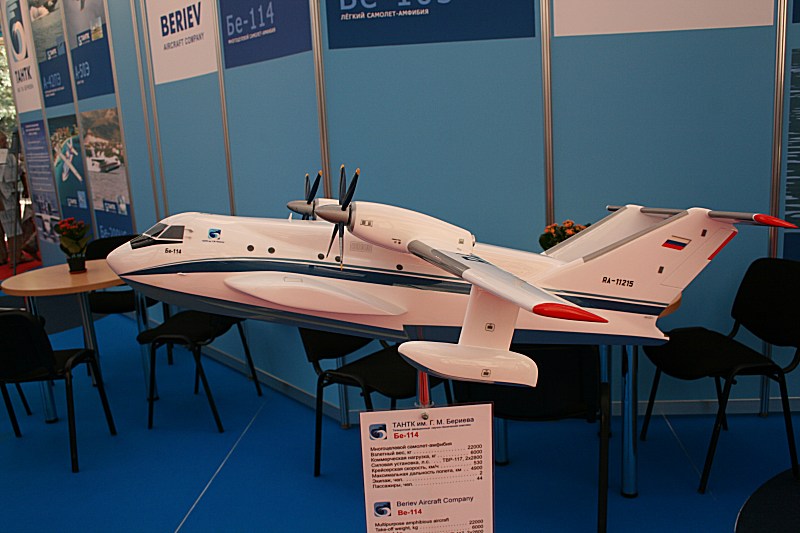 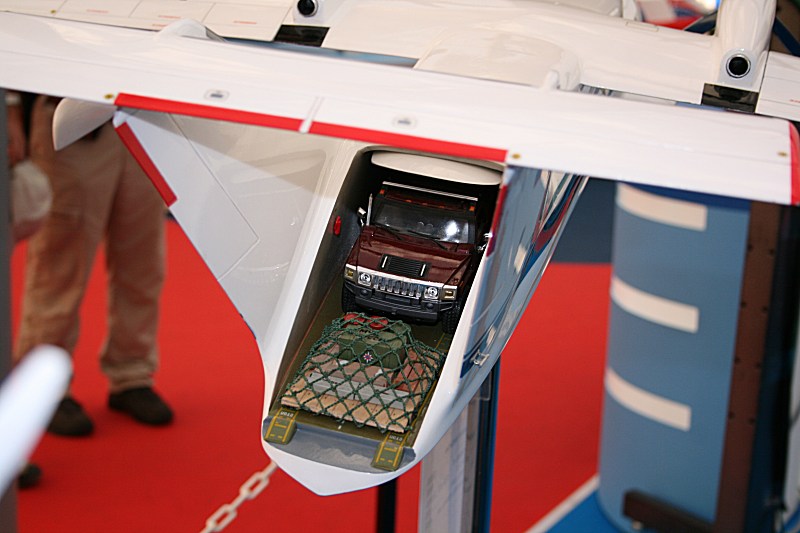 The rear end of the Be-114 features a cargo ramp. 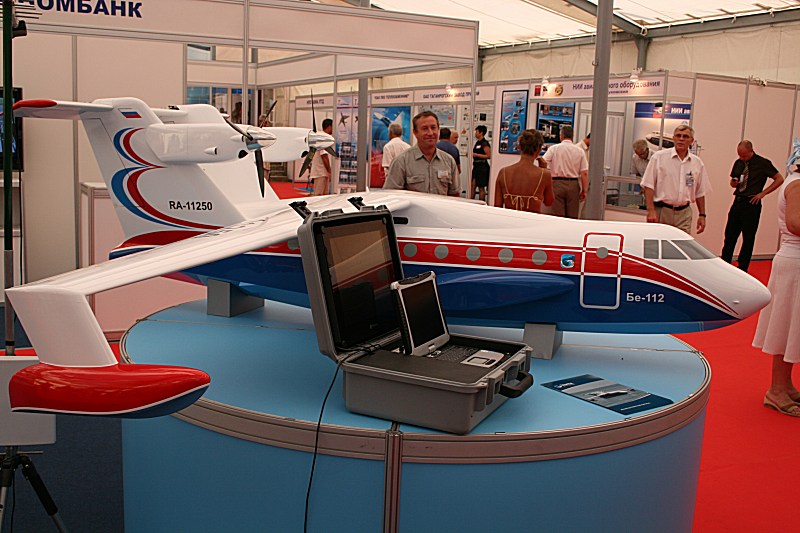 The Be-112 Project is similar, but has the engines mounted on the fin. This is a fully working RC model. 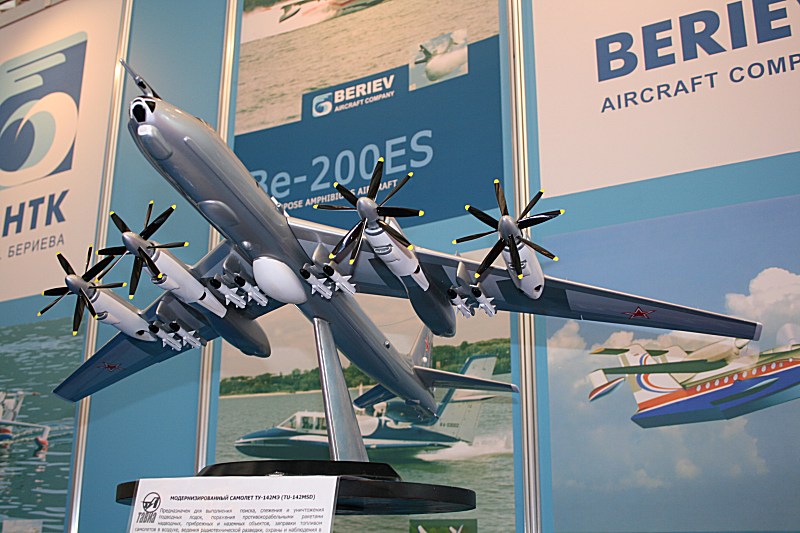 Another Bear model - this time a Tu-142MSD with eight anti-ship missiles underwing. 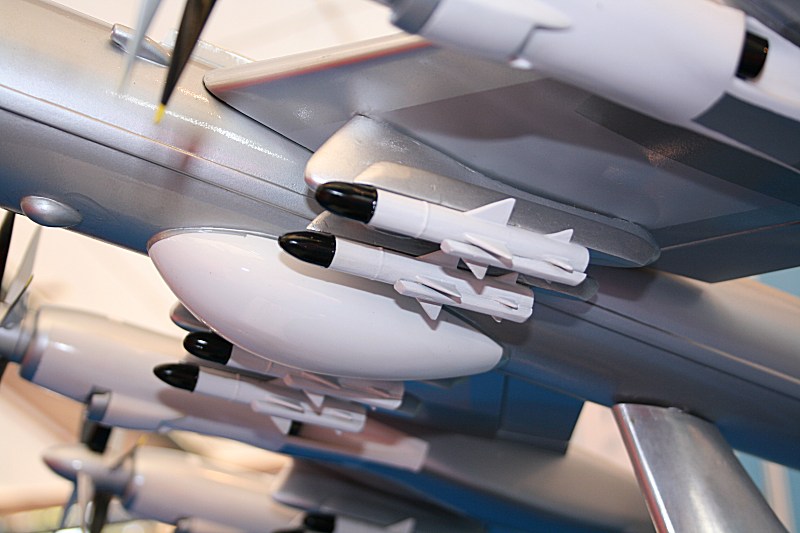 Closeup of the missiles. 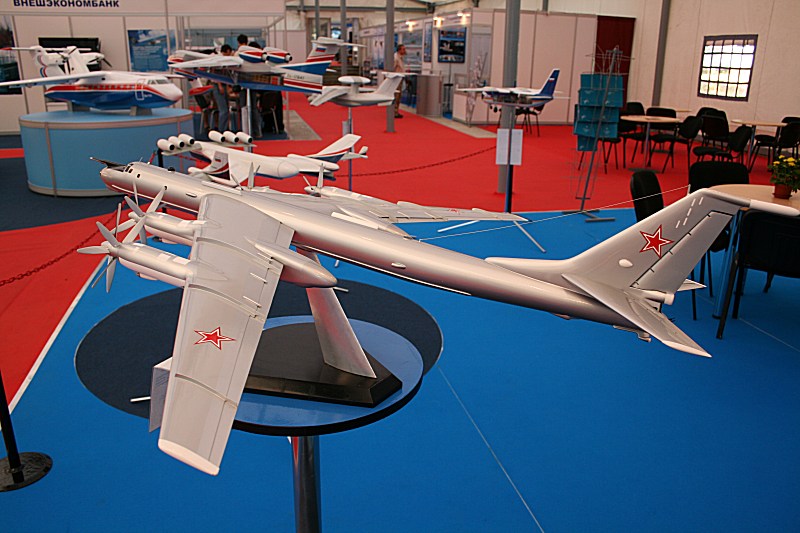 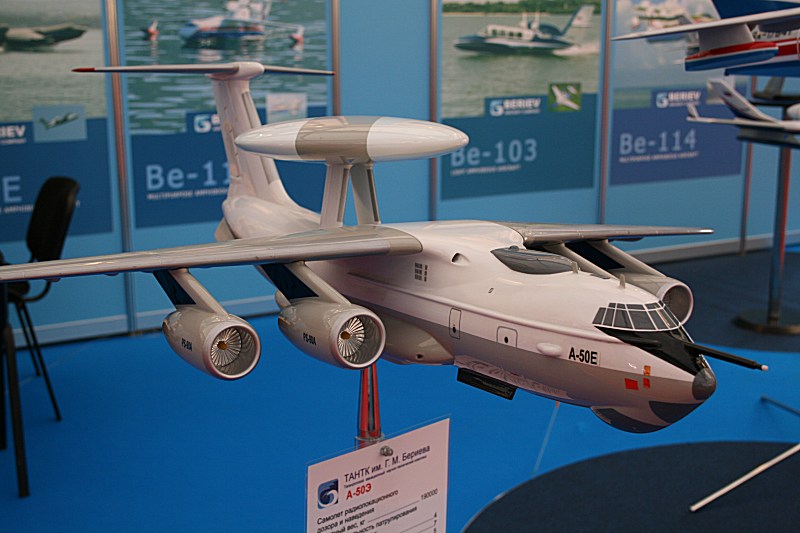 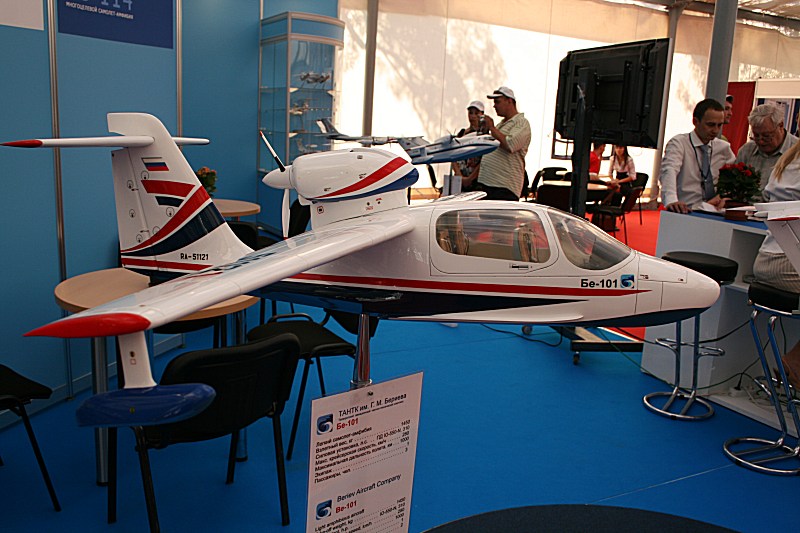 Another Beriev Project - the three-seat Be-101. 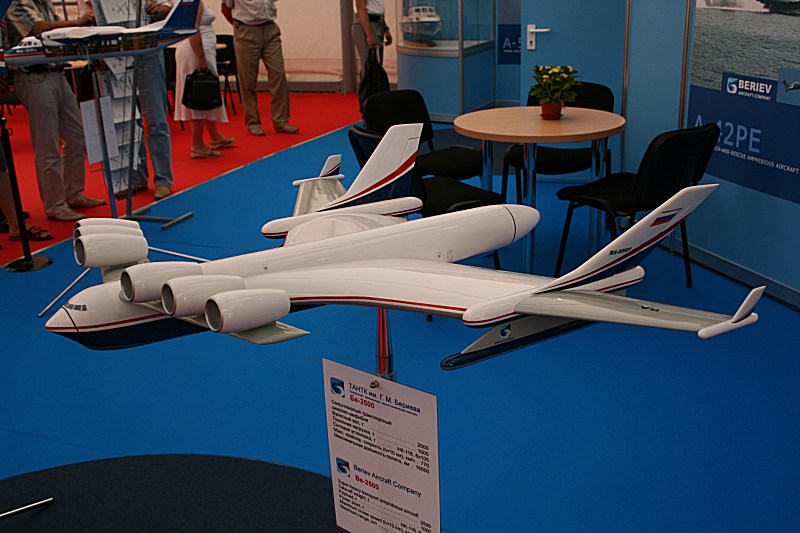 Finally - a perennial favourite, the massive Be-2500 Ekranoplan/Freighter. 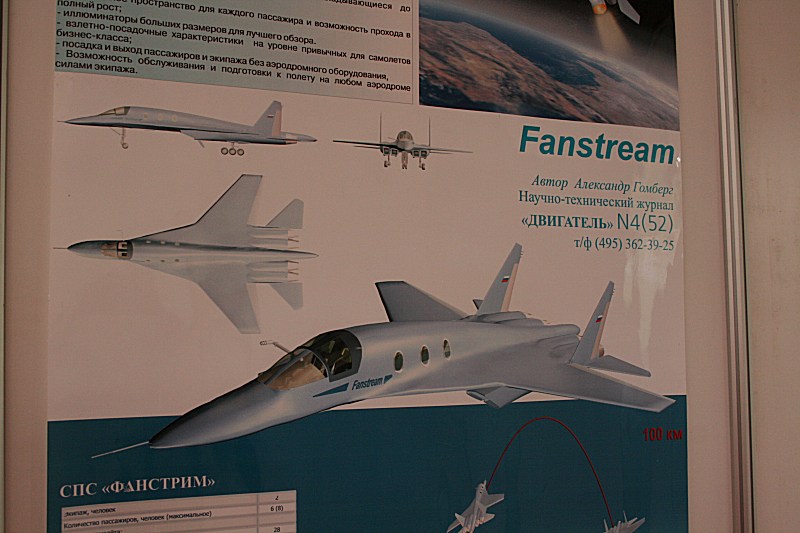 This poster caught my eye - a proposed spaceplane that looks like it is based on a four-engined Su-34. 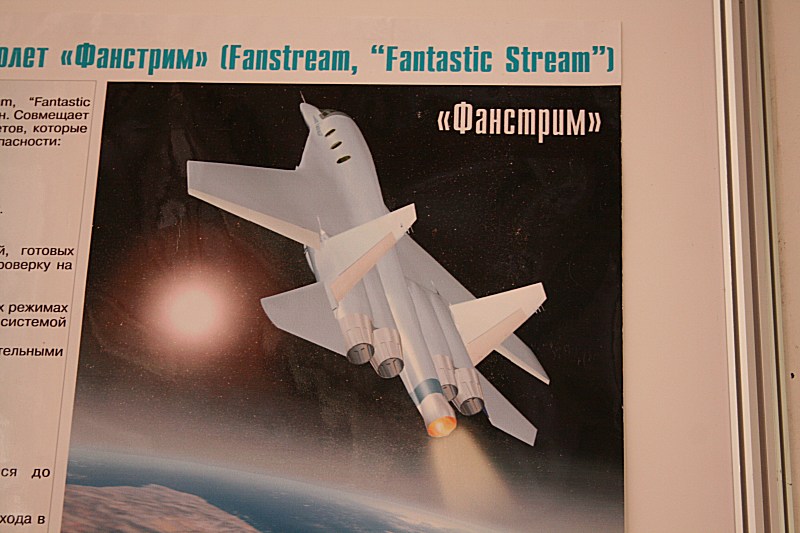 The central tailboom has a rocket engine - no further details though..... 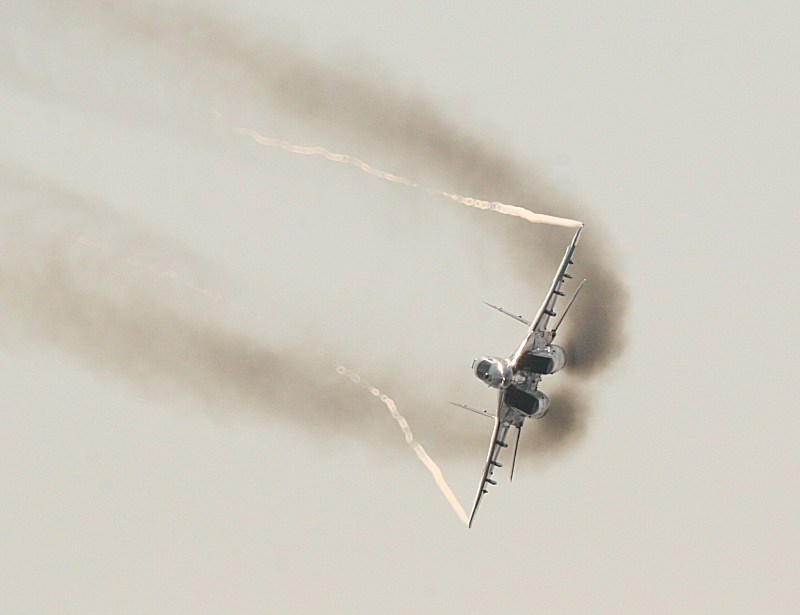 Back outside as the Strizhi singleton arrives in a cloud of smoke.... 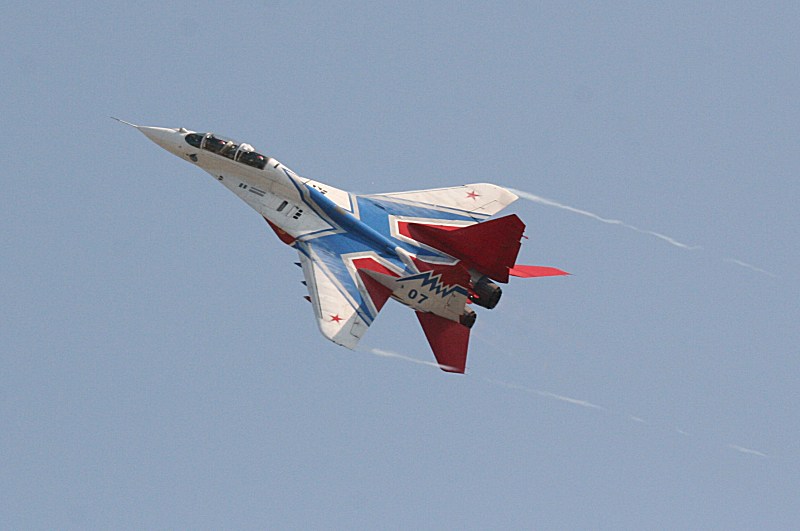 He performed a short, but impressive, opening display. 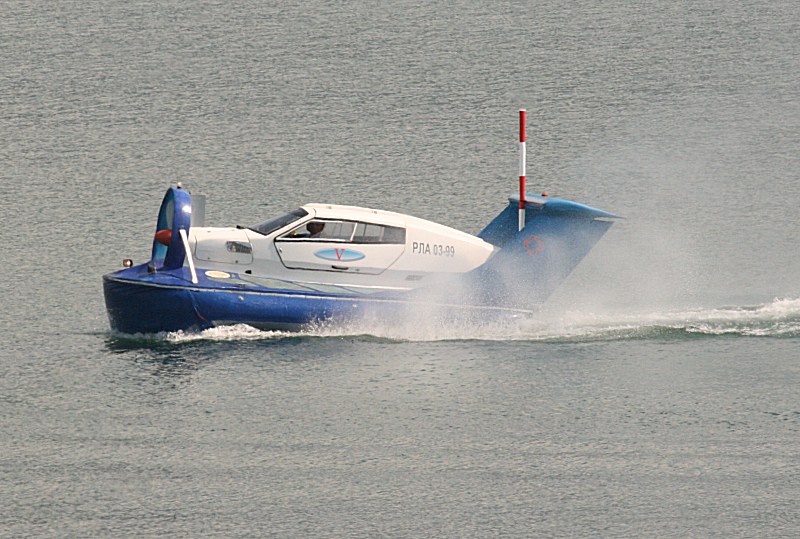 The hovercraft did a routine.... 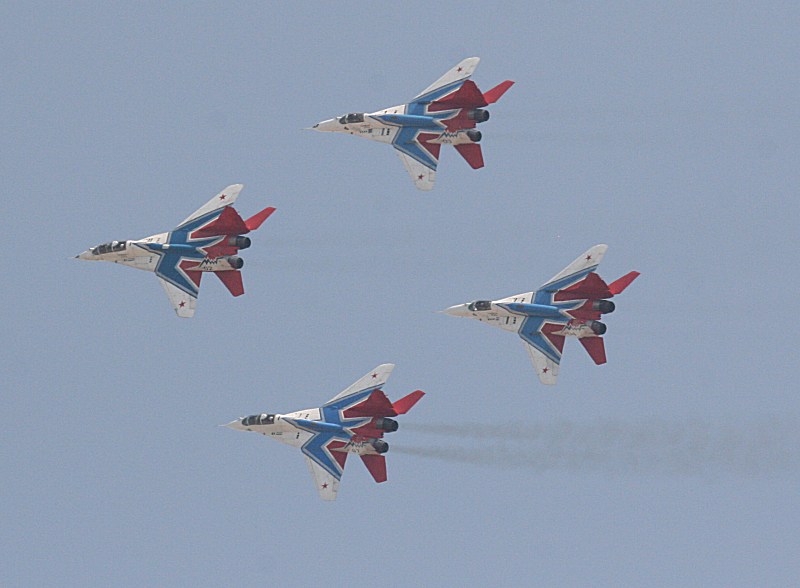 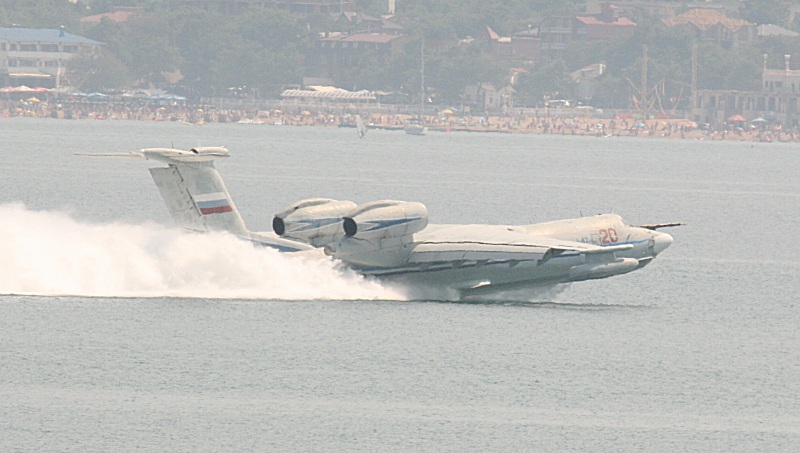 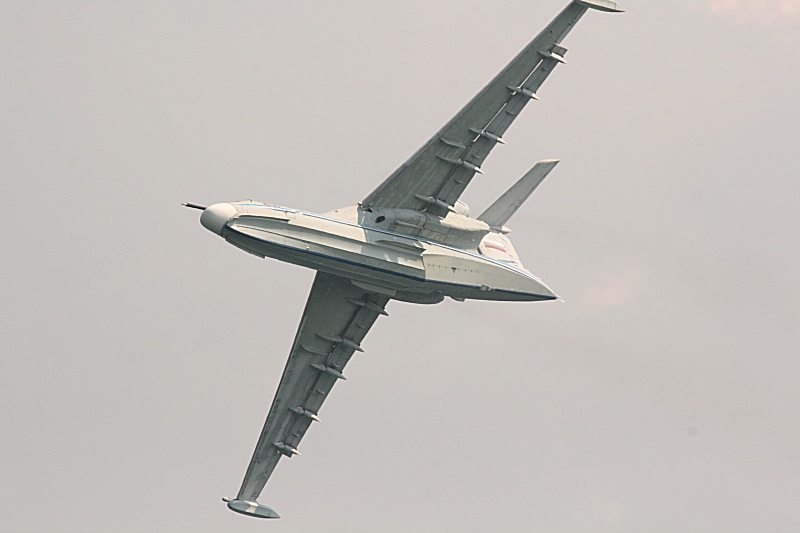 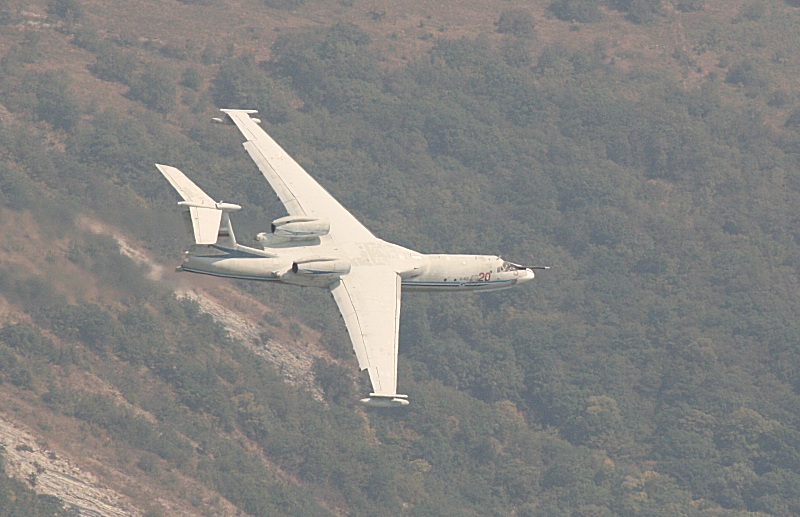 .... looking quite impressive against the mountainous backdrop. 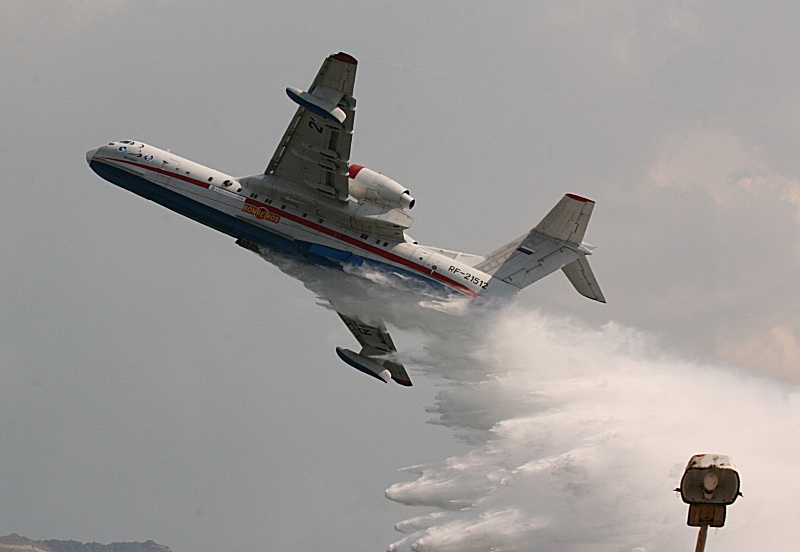 The morning finished off with the usual drops by the two Be-200ChS water bombers.

Been there- done that !!