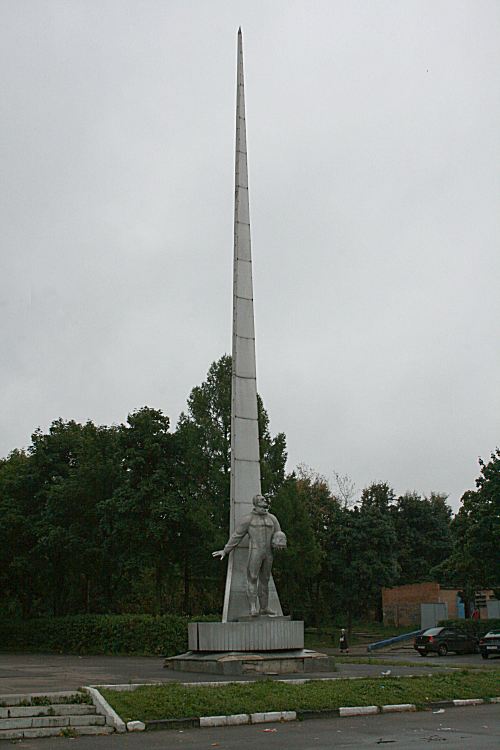 Monument to the pilots of the PVO outside the museum. 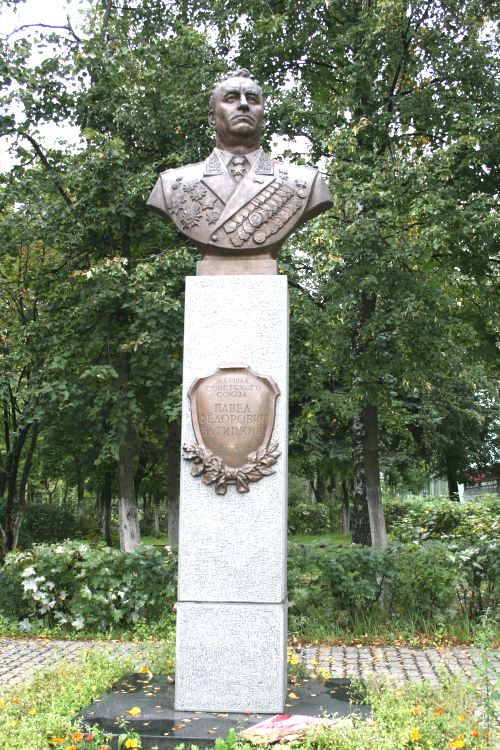 Bust of Marshall of the Soviet Union Pavel Fedorovich Batitskiy, head of the PVO 1966-1978 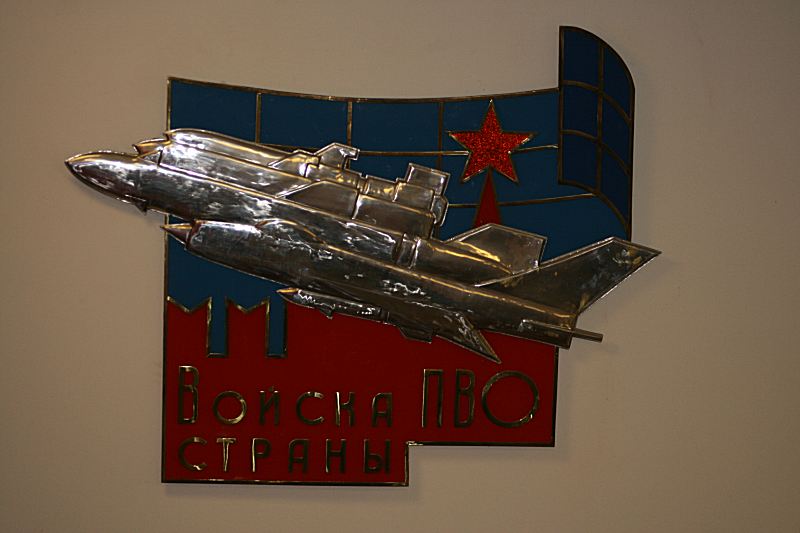 PVO emblem on the wall inside the museum. 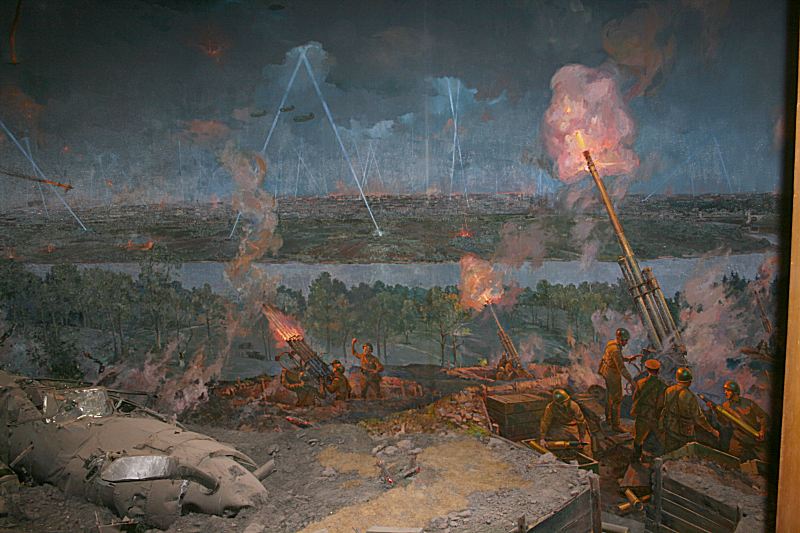 3D mural showing the defence of Moscow from the Sparrow Hills during the Great Patriotic War. 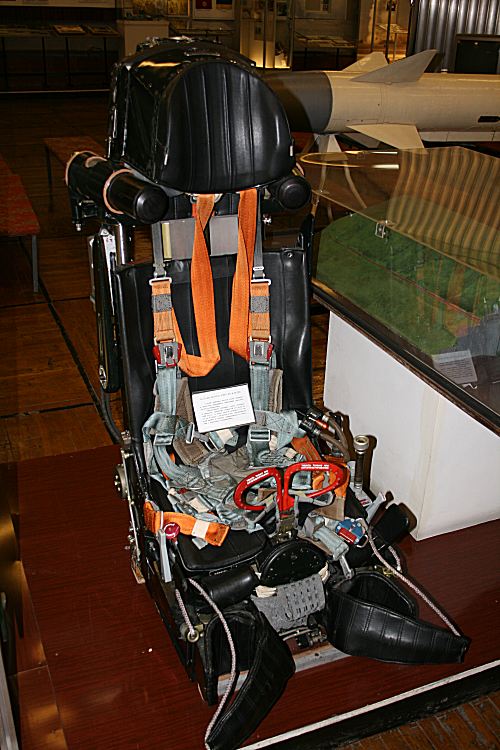 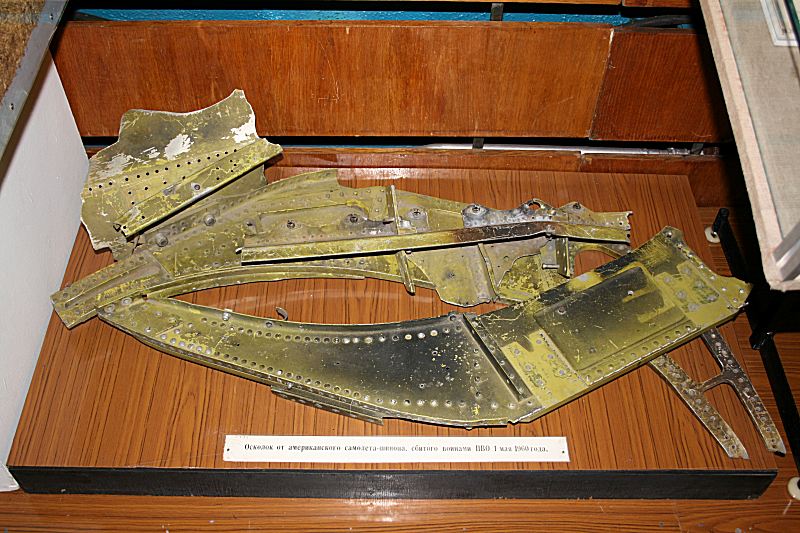 Fragments from an American spy plane shot down by the PVO on 1 May 1960. 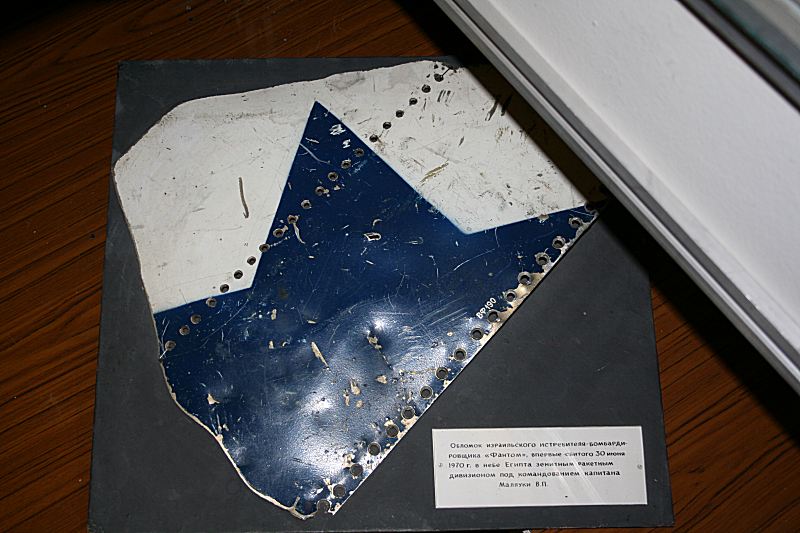 Fragments of an Israeli Phantom fighter-bomber shot down by a missile over Egypt - 30 June 1970. 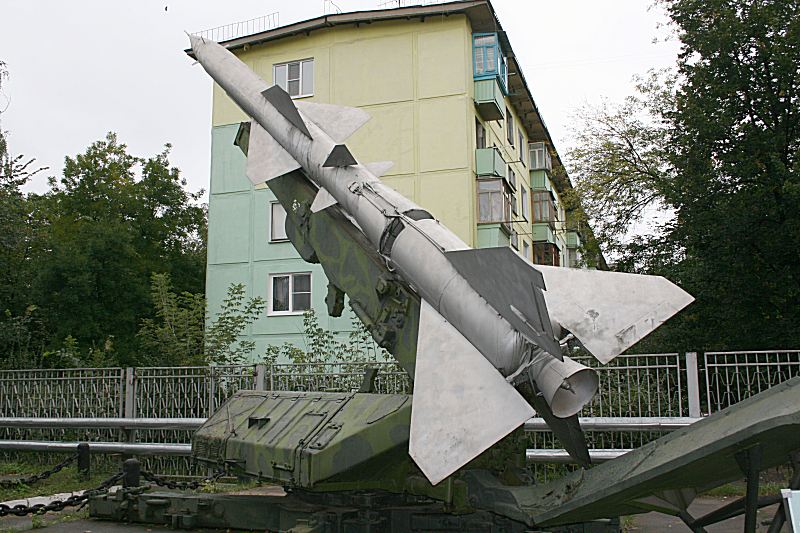 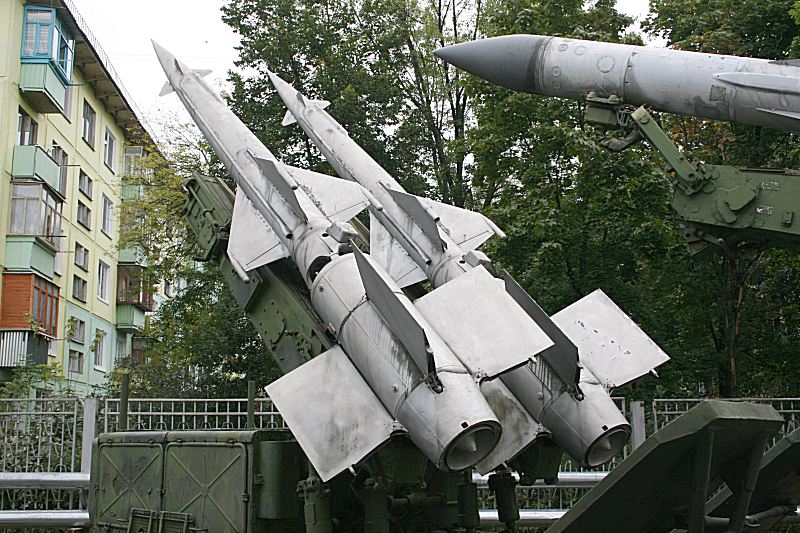 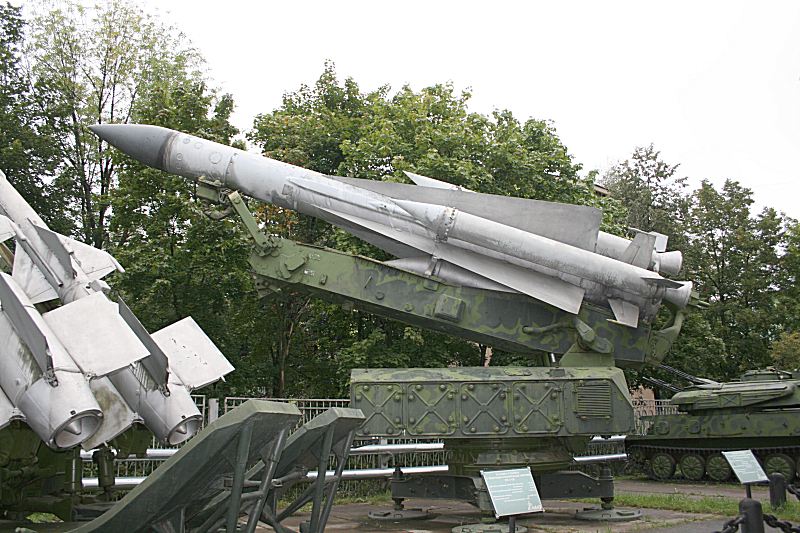 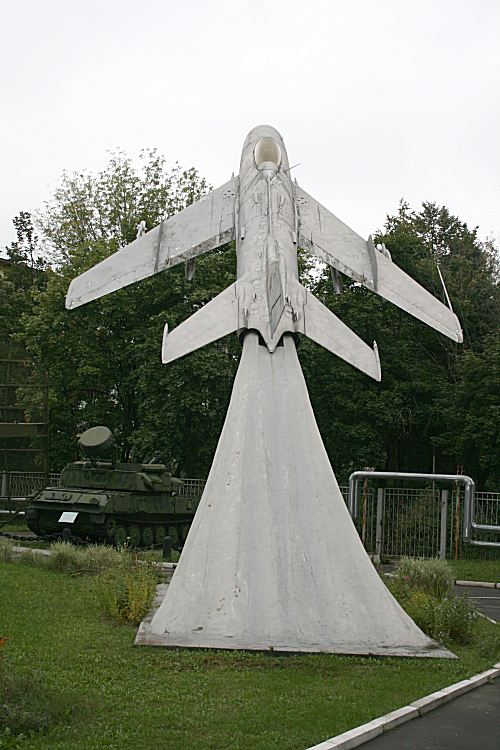 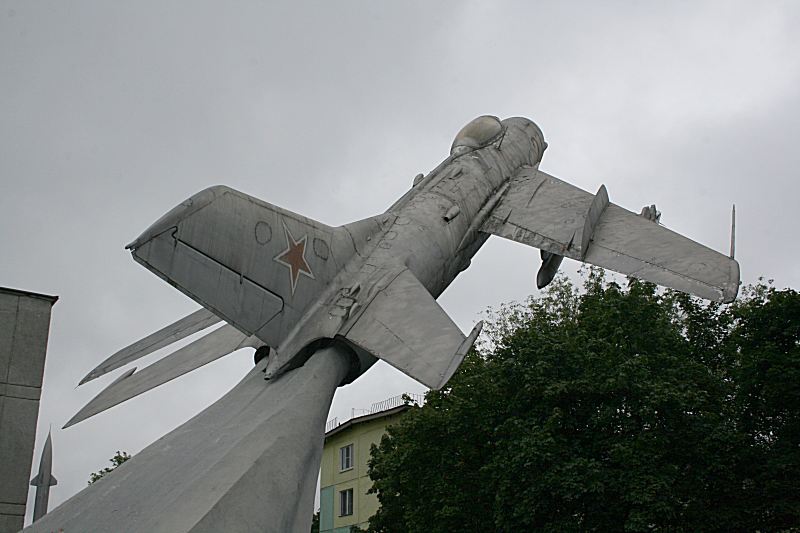 Another view of the MiG-19. 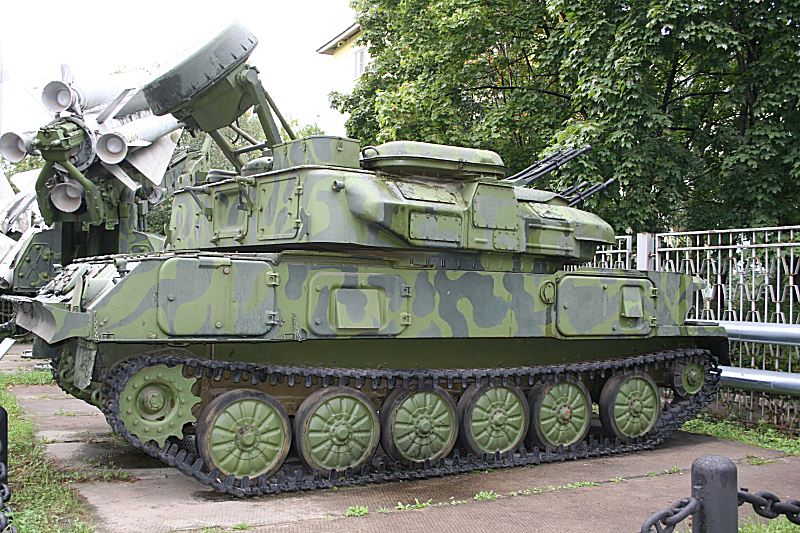 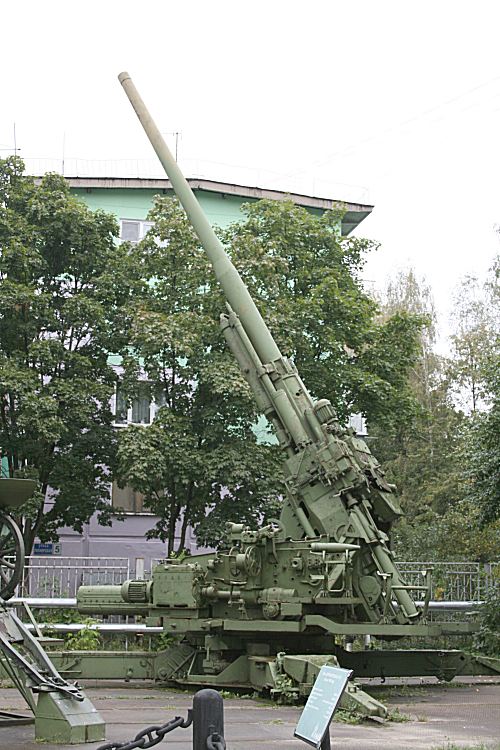 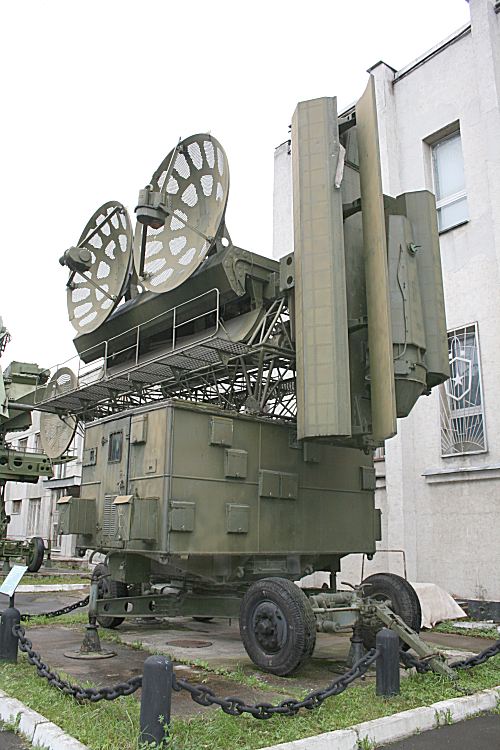 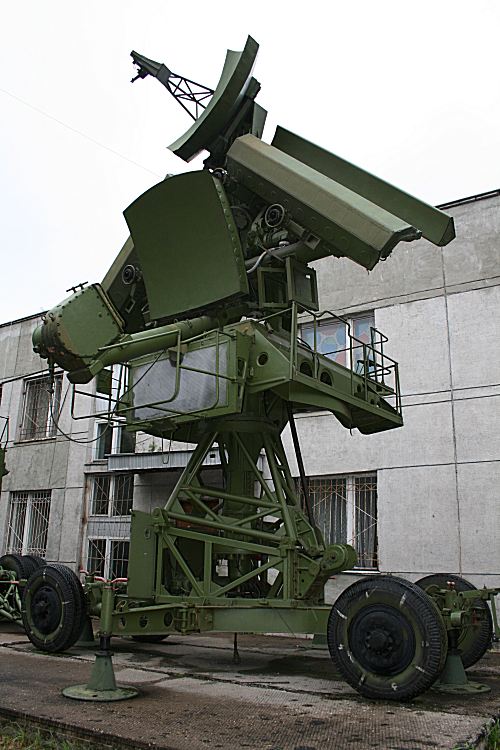 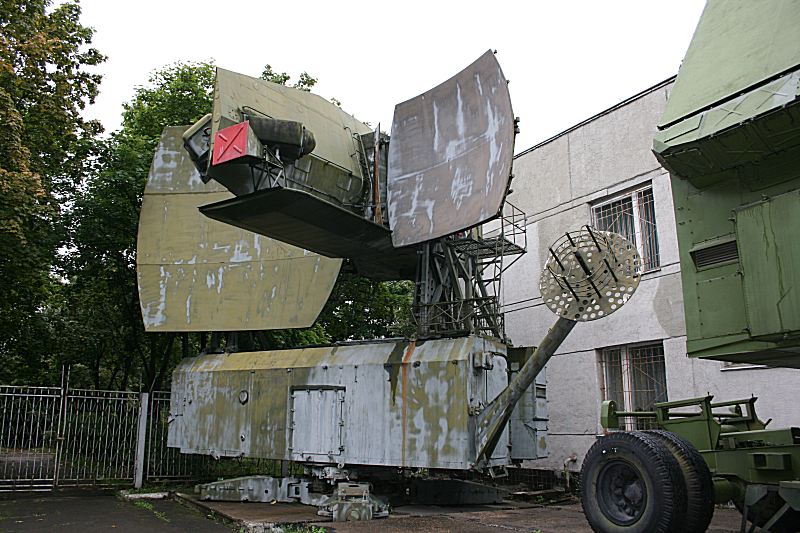