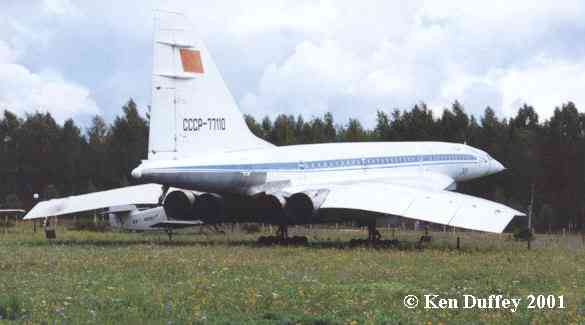 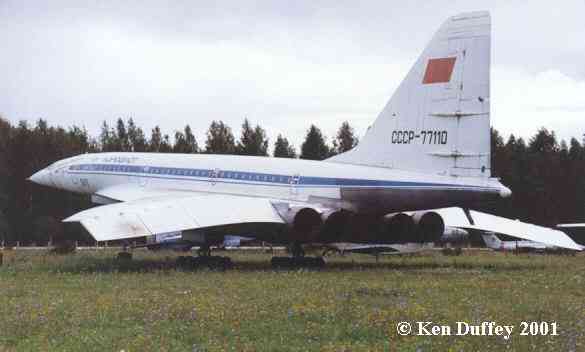 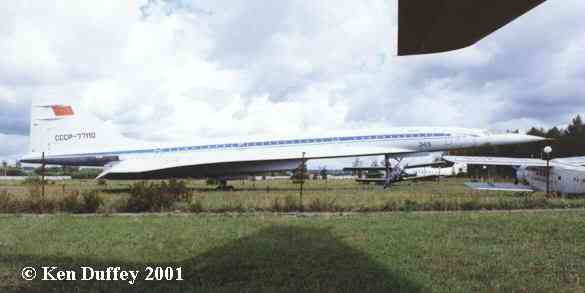 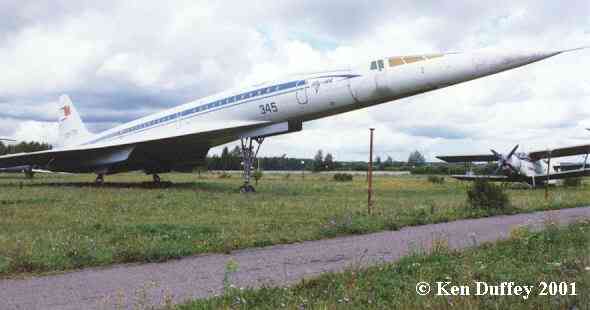 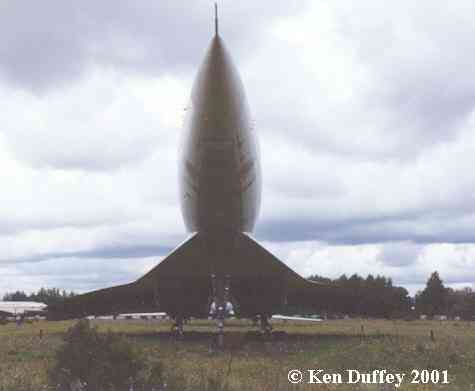 These are photos taken by me of the Tu-144LL supersonic testbed funded by NASA.
Changes from the 'old' Tu-144 include replacing the Kolesov engines with
Kuznetsov NK-321 engines as used in the Tupolev Tu-160 strategic bomber.
It has now completed its 32 scheduled flights and sits idle - awaiting further funding. 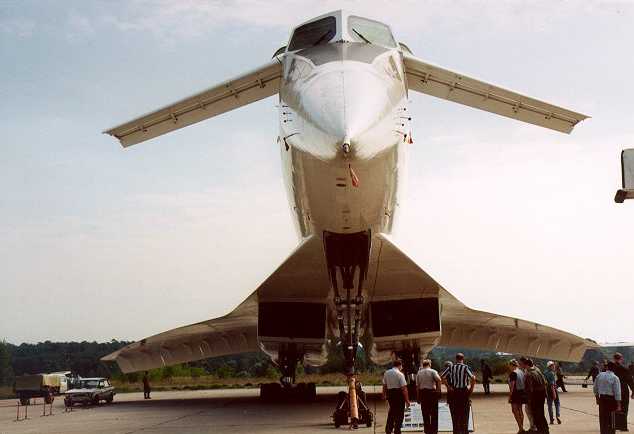 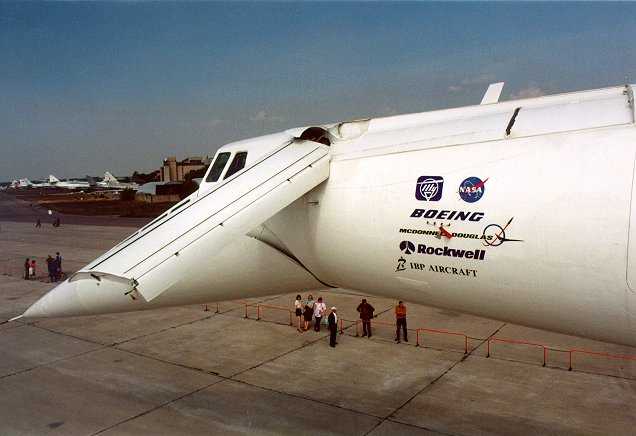 Close-up of the deployed canards - complete with their own flaps ! 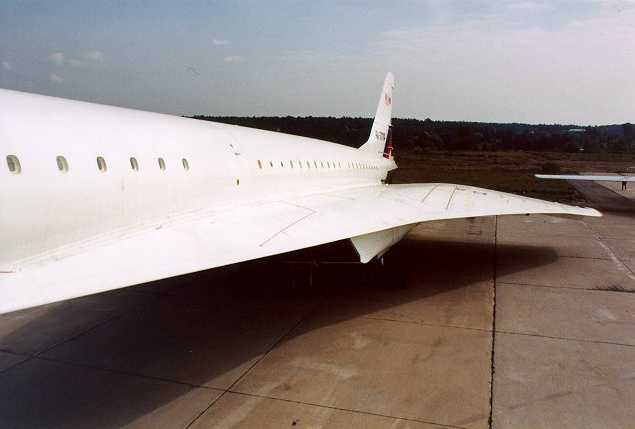 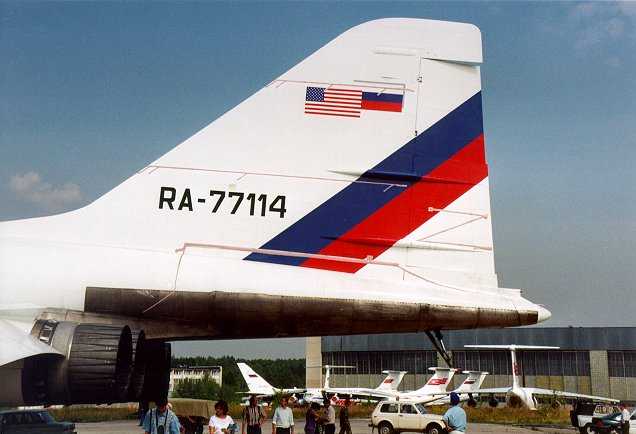 Close-up of the tail - note the metal skinning on the underside of the rear fuselage. 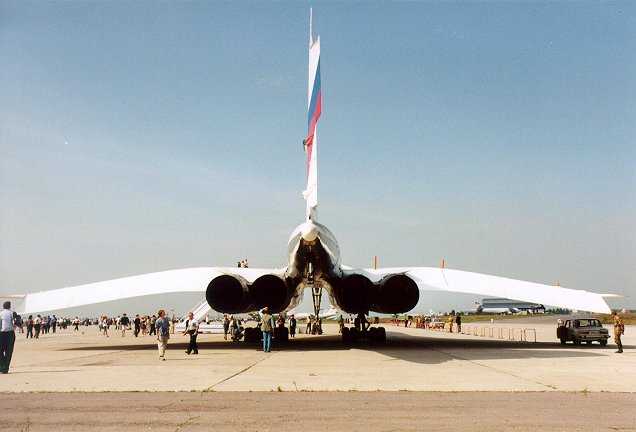