Yakovlev Yak-130
The following photographs were taken by me and may not be used without my express permission. 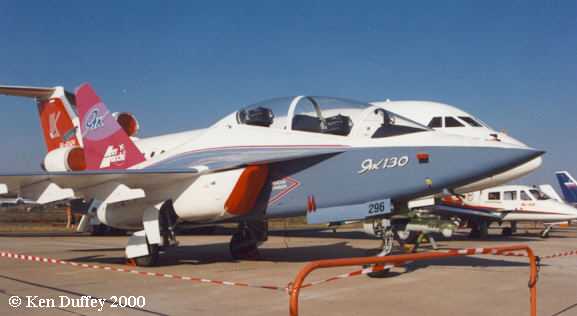 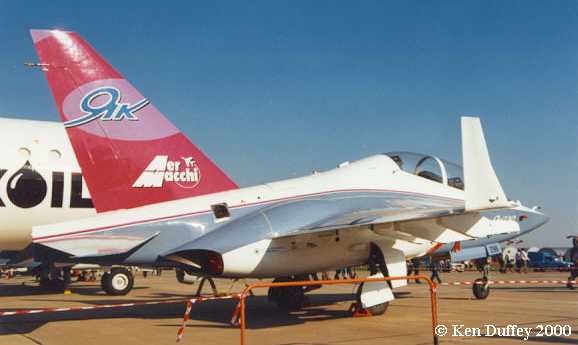 Rear view of the same machine. Note the Yakovlev & Aermacchi logos on the fin.

One of the problems at Russian airshows is that the world and his wife
wants to be photographed in front of the exhibits, so you have to be very patient ! 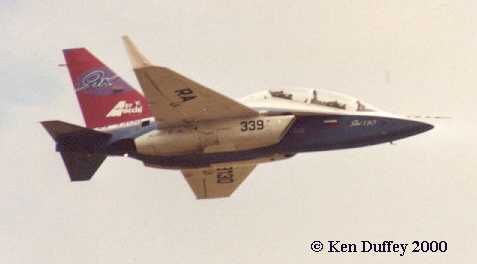 Yak-130 in the flying display at Zhukovski two years later. 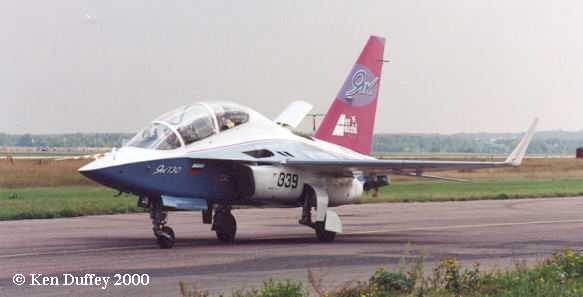 Taxying out for the flying display. Note the upper engine intake and
dorsal airbrake. The front intake is blanked off in this configuation. 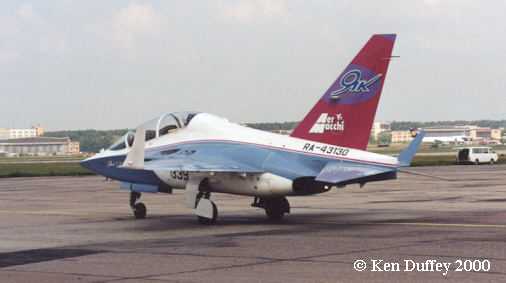 You can see how close we are to the taxiway !.

Yak-130 in the static display.

All closed up at the end of the day. 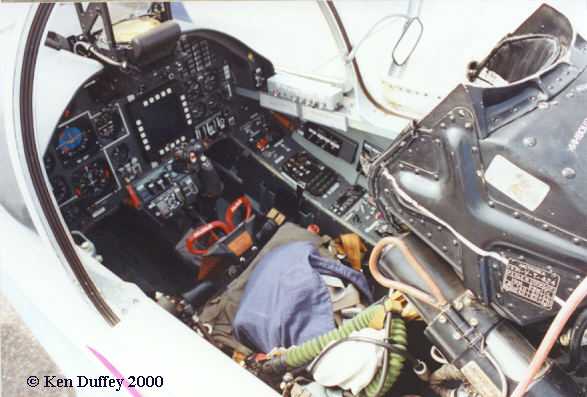 Front cockpit view of the Yak-130. 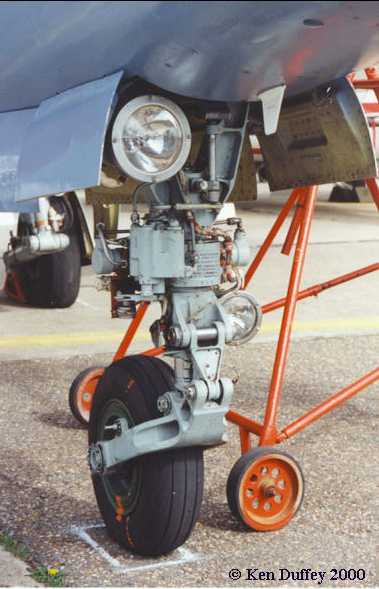 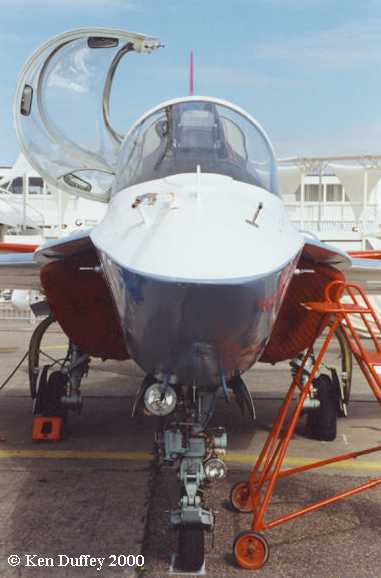 Front view - now what does it remind me of ? 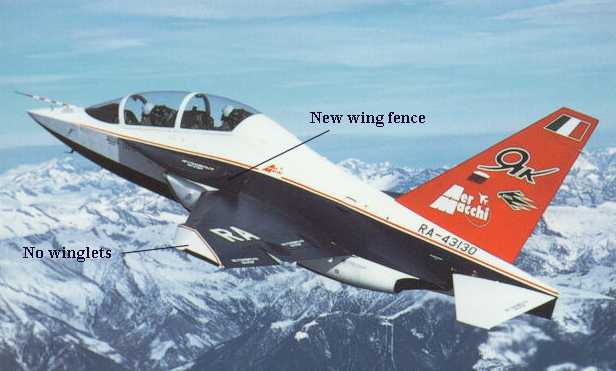 Photo scanned from a Yakovlev publicity brochure. Note the new colour scheme,
revised wing with no winglets, but it now has a large fence at the root leading edge. 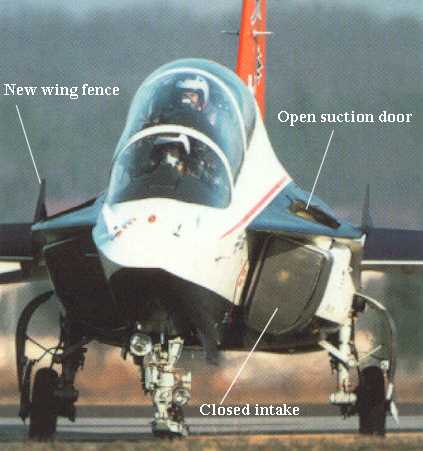 Publicity shot that shows the wing fence. I have also highlighted
the anti-FOD door that swings down to cover the intake when on
the ground with the engine running - like the MiG-29. On the Yak-130
air enters the engine from upper opening on the ground and from the
front intake when in the air - the single door covering either aperture. 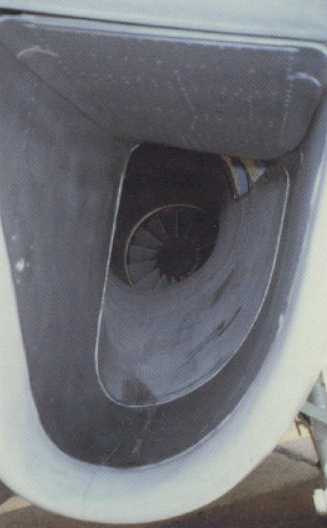 Close up of the intake showing the door in the open
position - closing off the upper intake. 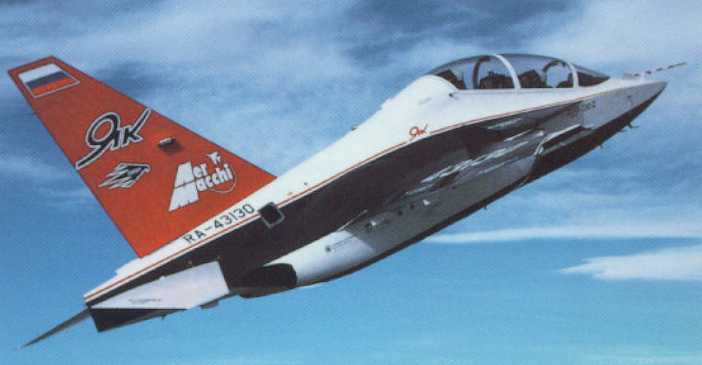 Another photo from the publicity handout showing the new colour scheme. The aircraft is
to be marketed in the west as the Aermacchi M-346 with westernised avionics,
ITEC/Honywell F124 turbofans and Martin-Baker Mk-16 ejection seats.
Yakovlev is supplying it to the Russian AF as the Yak-130 with Russian equipment - if funding is forthecoming !

3-view drawing of the armed version. 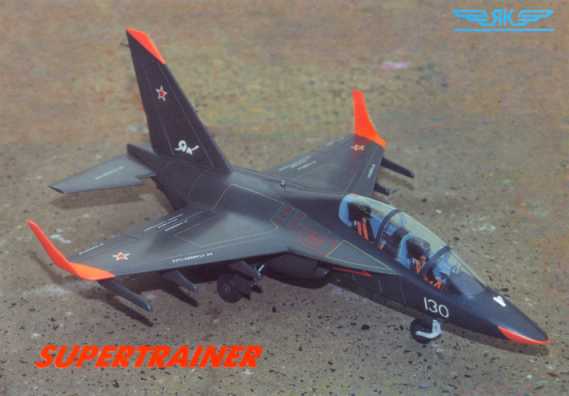 Publicity photo showing the Yak-130 with weapons pylons and a neat colour scheme.