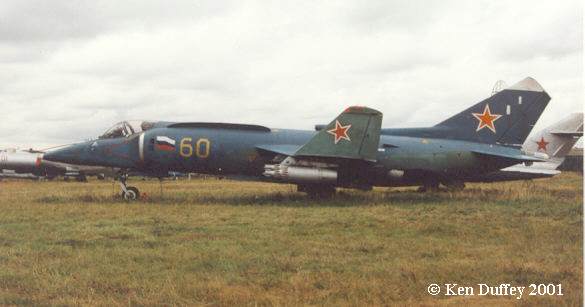 Port side view of same aircraft.

'Yellow 14' photographed at the Air Force museum, Monino, Moscow.
This is an early production example as evidenced by the lack of strakes
behind the cockpit, no blow-in doors in the intakes and no boundary-layer
splitter plates next to the cockpit. 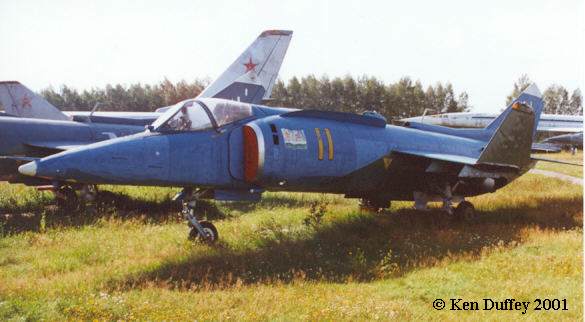 In 1997, this Yak-38 was in the Park of Economic Achievement, Moscow
and for a few roubles, visitors could sit in the cockpit and have their photos
taken by the young attendant. I suspect that this is the same machine from
Monino shown in the previous photo. 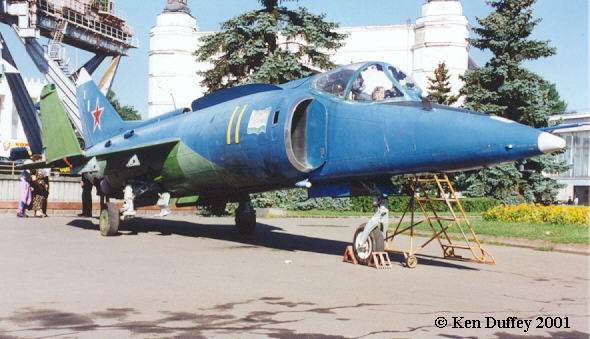 'Yellow 11' basking in the warm August sunshine in a Moscow park. 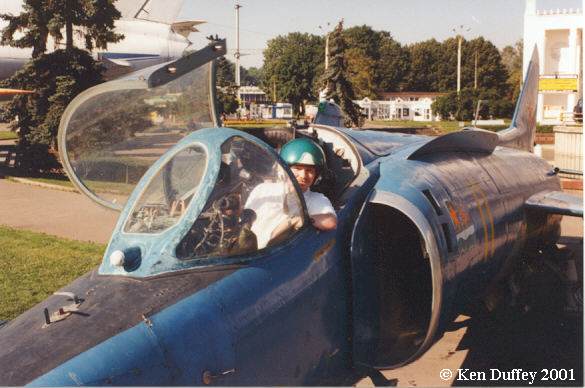 Ignore my ugly mate Dave in the cockpit, this close-up shows the Odd-Rods
IFF aerials on the anti-glare panel, the RWR receiver on the windscreen,
the sideways-opening canopy, the large strakes either side of the doors to the
lift engines and the suction-relief doors on the intake sides. 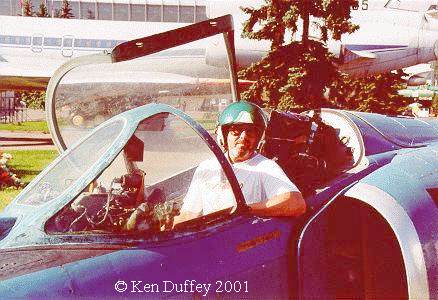 Not to be outdone, this is me in the cockpit, taken by Dave.
Sorry ! 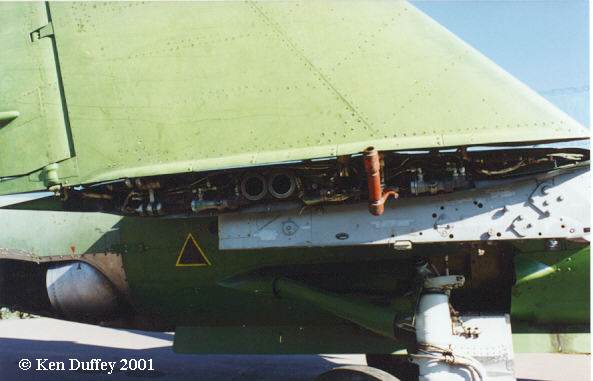 Close-up showing the wing-fold detail and the rotating engine nozzle. 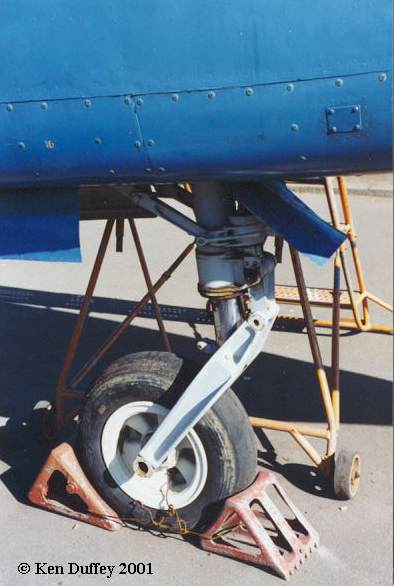 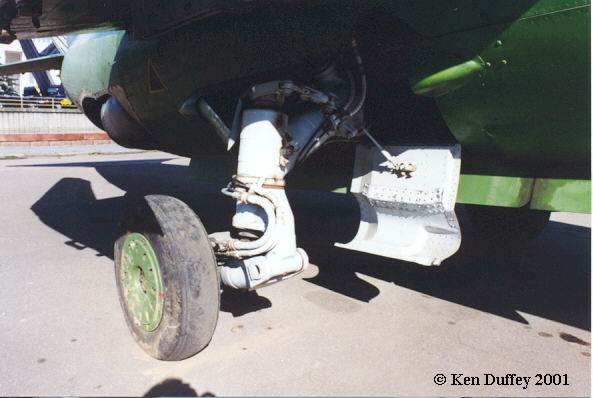 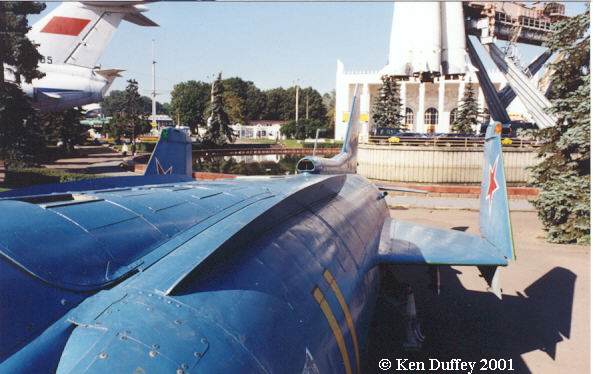 View along the forward fuselage showing the lift-engine doors and strake. 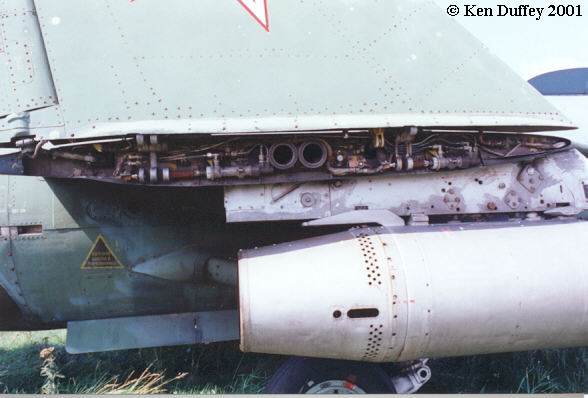 Wing fold detail on the Monino machine. Note the pylon and rocket pod. 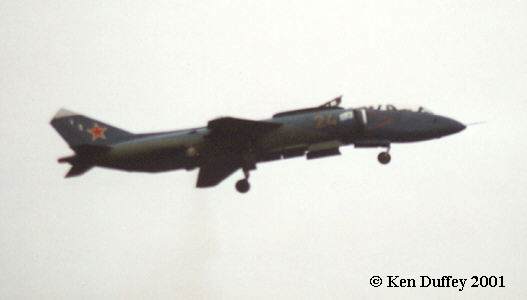 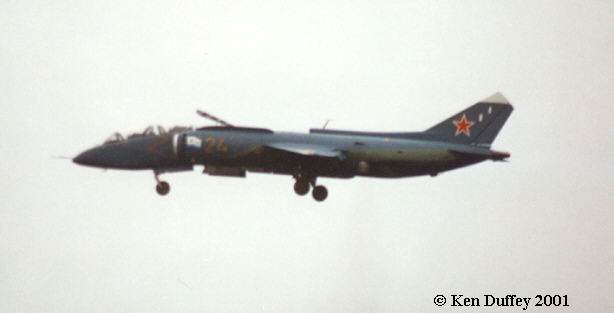 Yak-38U. Note the drooped tandem seat front fuselage, the longer rear
fuselage and the open door to the two lift engines behind the cockpits.

The same Yak-38U tucked away on the ramp at Zhukovsky. 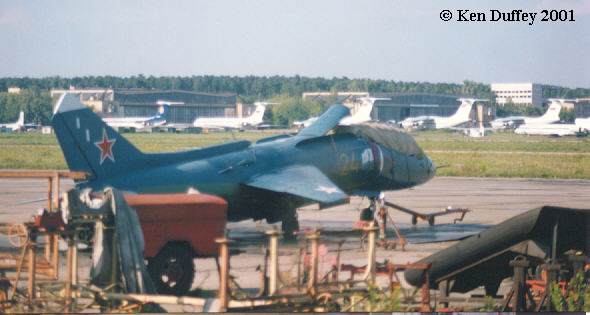 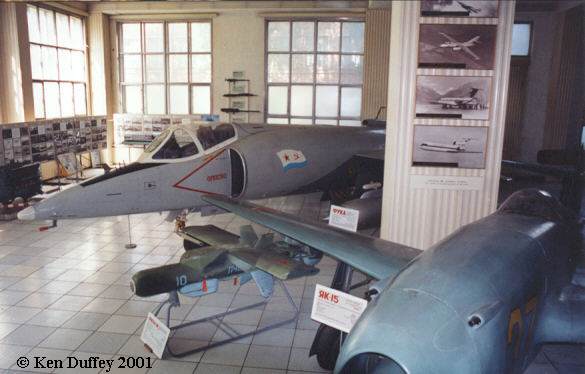 Immaculate Yak-38 inside the Yakovlev OKB museum in Moscow.
Another early machine without splitter plate, intake doors and strakes. 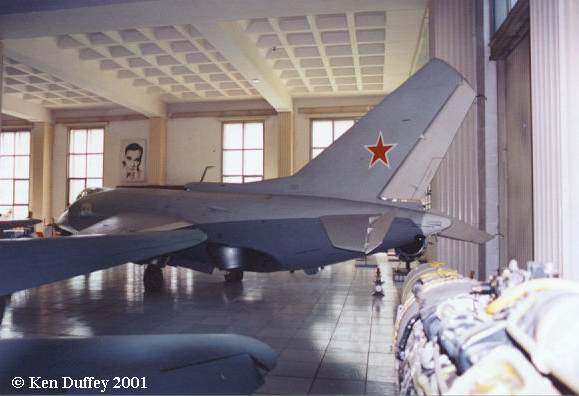 Rear view of the Yak-38 at the Yakovlev OKB museum.